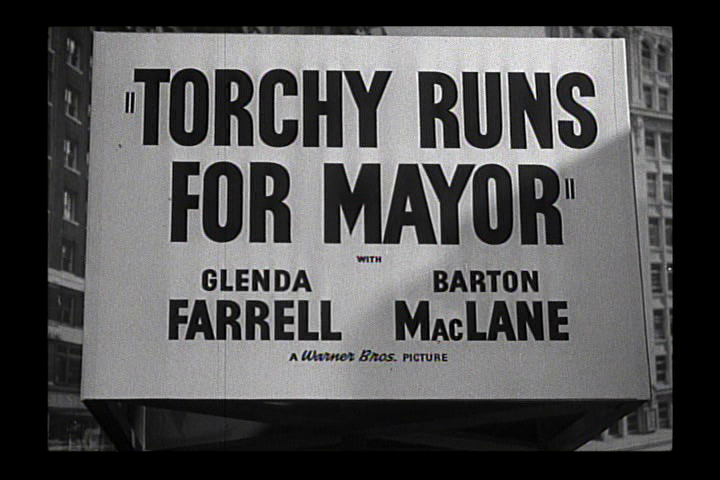 And Glenda Farrell officially says goodbye to the Torchy Blane series (along with Barton MacLane). It happens in a movie that feels sort of like the last episode for the series. There will be some SPOILERS here so be warned. The story is this: Torchy begins writing a series of stories about a Dr. Dolan who is adversely influencing the Mayor. Torchy gets a lot of heat. The mayor is killed. Dolan takes over. Torchy runs against him. 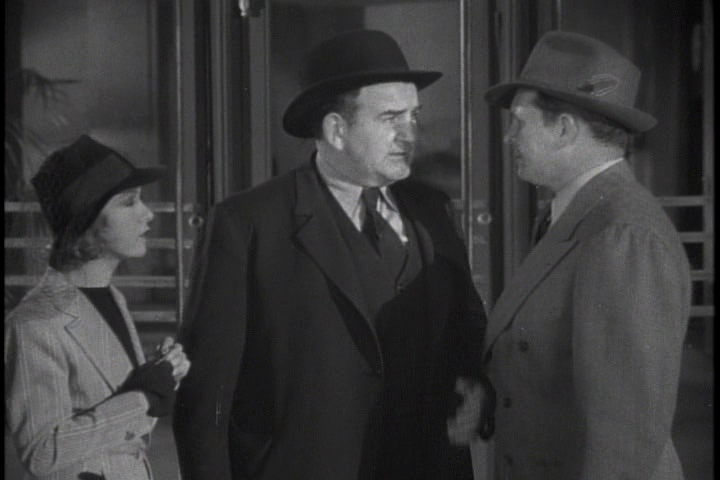 The Gang's All Here

In this movie, Torchy gets fired from her paper, which seemed like something that would never happen. She jumps from paper to paper trying to get her stories on Dolan published. Gahagan is demoted down to uniformed beat cop. The talk of marriage between Torchy and Steve returns, with a vengeance. And, at the very last moments in the picture, everything seems like it has reached its natural dramatic conclusion in the series. Maybe not the most advantageous ending for Torchy but McBride makes a good living. 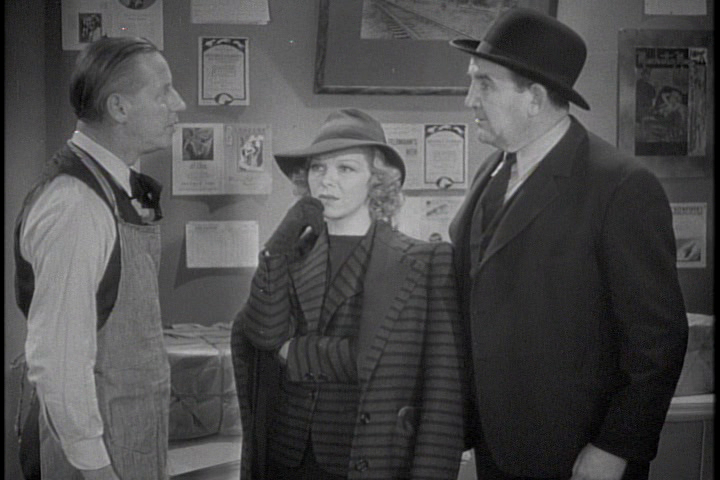 Hooray! Torchy has a great hat!

Torchy Runs For Mayor, as a title, is like Friday the 13th Part 8: Jason Takes Manhattan in that it is a little misleading. Jason doesn't actually get to the Big Apple until the last half-hour. Torchy doesn't get nominated for Mayor until 40-ish minutes into this 60 minute film. SPOILER: She wins! The film has her proclaimed as a candidate, then immediately kidnapped by Dolan. She spends the rest of the movie in a daze until the last couple minutes. So, it's not really Torchy campaigning. That's the plot point that gets the final act moving. 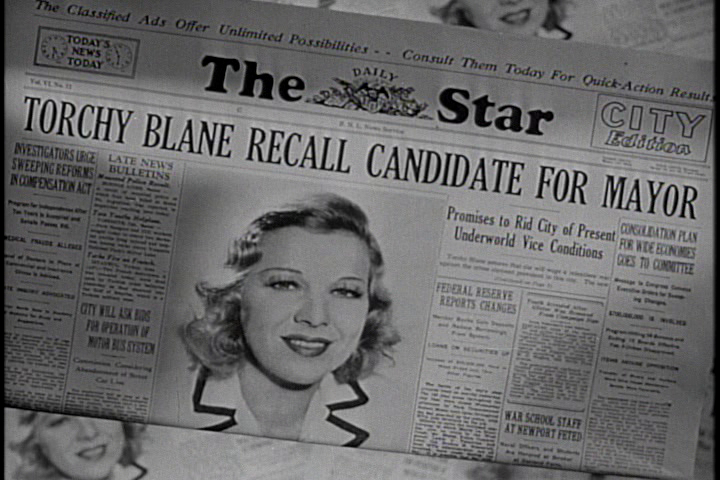 As a film, this one isn't as strong as the previous one (Torchy Blane in Chinatown) but it's pretty good, providing one can forget the suspect ending. It moves at a a brisk pace. The mystery angle is dispensed with but as Torchy goes from paper to paper trying to get her story sold, and failing, things begin to become a bit desperate. When she gets kidnapped and stashed in a country cabin, it culminates with a great house-wide brawl with McBride, Gahagan and thugs. Plus, there's a bomb in Steve's car! It's funny, fast-moving good times with lots of great Torchy hats. 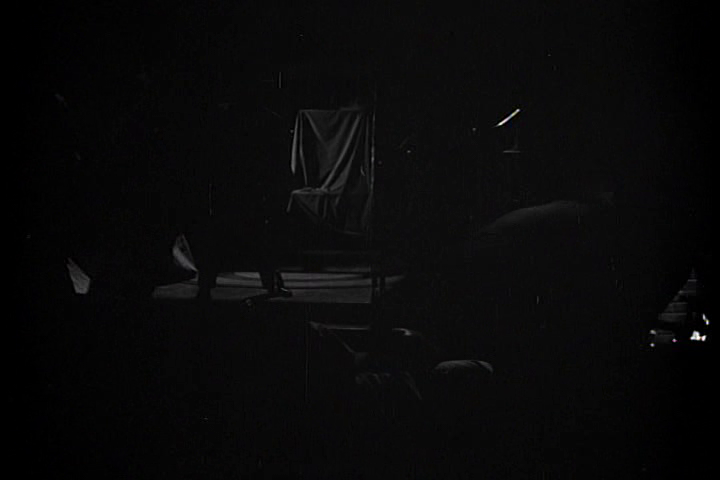 Trust me, there is a heck of a brawl going on here

The Torchy Blane movies have been an interesting series. The main cast is always good. Yes, Gahagan may get too dumb on occasion. Plus, it's tough to gauge Steve sometimes. He really seems to love Torchy in some of the films. Then, in others, he seems less interested in her and more interested in yelling. The plots have been hit and miss. The mystery-filled ones have, generally, been more fun to watch than the ones that are standard cops and reporters and crooks. Something about the mystery match-up/ rivalry made them more, kind of, delightful. And, of course, there is Glenda Farrell, who is consistently fantastic even when she's given stuff to do that's not quite right for Torchy. Overall..  what? What did you say? There's another one? With Jane Wyman as Torchy? And Allen Jenkins from Sh! The Octopus? Does he play Steve? Huh... This could be the best (or worst) movie ever. Hang on, folks. #9 is on the horizon. 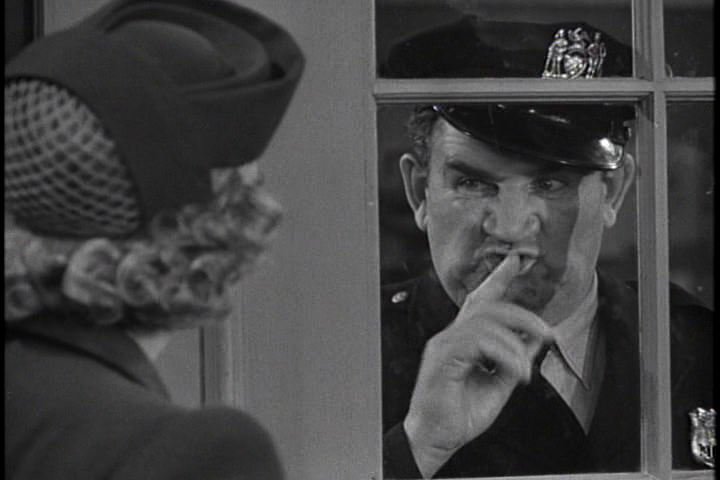