BJ and the Bear S1 E7: The Murphy Contingent 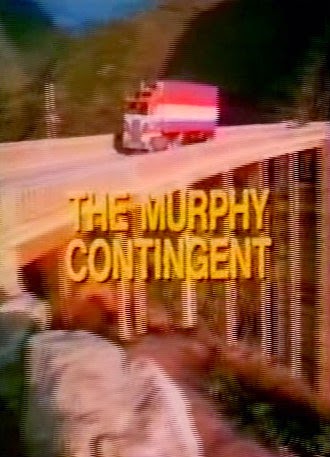 B.J.'s Vietnam past comes back to haunt him when the chopper team who rescued him from the POW camp ask him to help break into a gangster's home to steal some already stolen gold! Tonight on...  B.J. and the Bear! 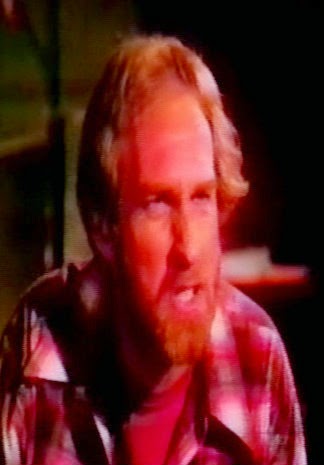 That's a pretty good blurb. This is a pretty darn good episode. It's lacking the humor of previous episodes. But, it has B.J. stuck in a moral quandary and using all of his Hero skills to extricate himself from it. And that's worth watching. Bear gets kidnapped again, which may be too soon after the previous episode. This time, however, Bear gets to go crazy and that's cool. Smart hero + nutty chimp = A good evening of entertainment. 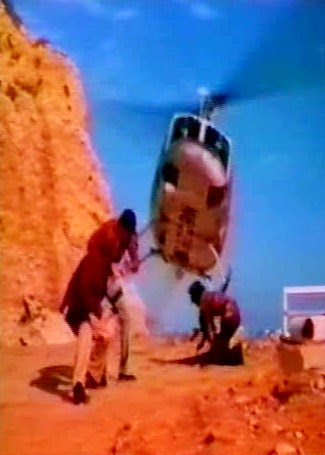 A traffic copter makes it personal

It all begins with B.J. being pulled over by hijackers. A helicopter rescues him (with some very nice Evigan stunt work involved) and it is filled with his 'Nam buddies and two ladies who were nurses. This gang runs a home for disabled Vietnam Vets that they are about to be evicted from by a real jerk. The ultimatum: Come up with $122,000 or hit the road. So, Murphy, the (possibly unhinged) leader, cooks up an idea. Steal a single gold bar from a stash that a nasty gangster stole from a vault. And they want to recruit B.J. to fly the copter. 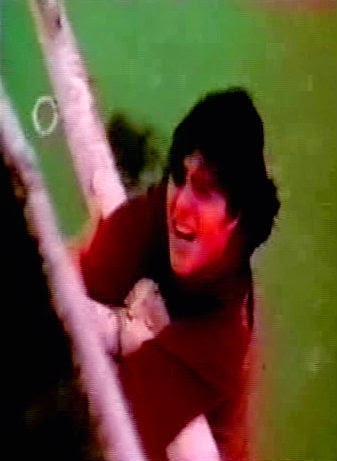 B.J. is against it. He should be. Much of the episode revolves around him trying to make a decision about what on Earth he's going do to help his friends, who are ladling on the guilt pretty heavy. Luckily, B.J. knows a very famous local reporter and he did that work for the U.S. Treasury back in the Pilot movie... (remember? I do like continuity.) It will all come together. Plus, B.J. will get some smooches out of it. That's a guarantee. 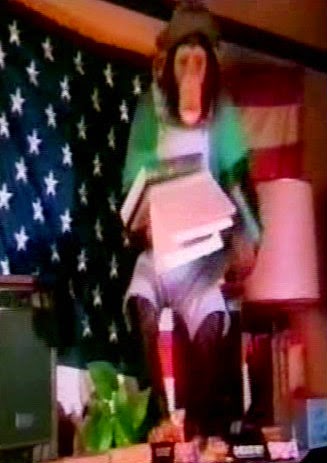 I enjoy and appreciate the episodes that fill in the backstory of Our Main Guy. B.J. clearly wants to help his pals. He wants to pay them back for saving his life. But, after spending the series avoiding criminality, which he always ends up in close proximity to (not by his own fault, generally), his good friends want him to commit a crime...  for a good cause. What can a man and his chimp do? 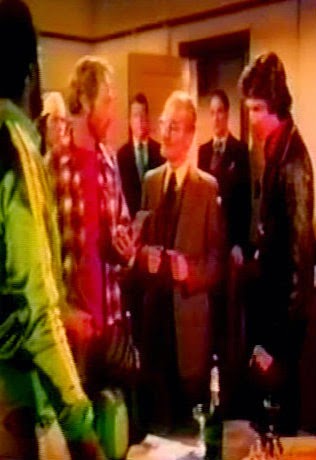 The jerk has arrived!

The episode is basically his conundrum and then, when the heist gets going, punching goons and car chases with a blonde in short shorts mixed in. Pretty standard B.J. and the Bear then. But, both sides of the scale are balanced so that the viewer is never completely sure where, exactly, B.J. is going to end up. We imagine that it will turn out all right but it keeps us guessing for a bit. Normally, in a TV show like this, the group who are in trouble don't have only one (illegal) recourse open to them: theft. One watches and watches the episode as, gradually, B.J. figures out what to do and conjures up a plan. 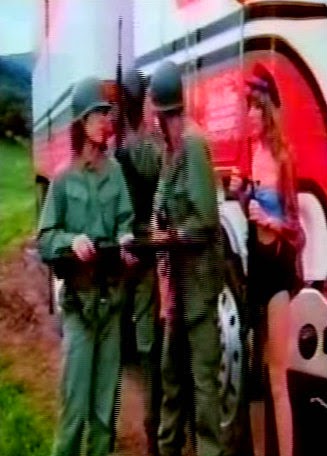 They're a fun group

And, in awesome fashion, the plan B.J. comes up with is overelaborate, slightly confusing and works perfectly. I don't know if this is a spoiler but the Vets get ownership of the house and everyone is happy in the end, except for the thugs. One of the best reasons to watch a show like this is that rarely ever does evil triumph even a little bit. Things may look super super dark but Life prevails over the Evil. One of the reasons I love this show. A cover of Elton John's Daniel is not a reason why I love this show. I'm not even sure why it's here but if this show were perfect it could not exist in our imperfect world. 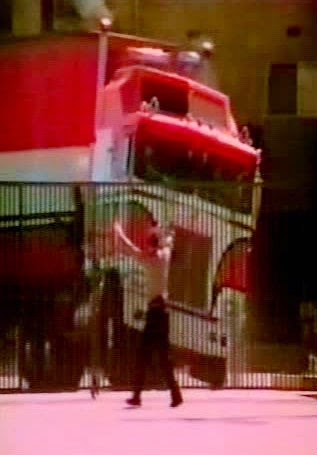 About five seconds away from having to buy a new gate

Seven episodes into the ten of the first season. We're still getting a nice mix of episodes. The show hasn't settled (entirely) into a formula. And, the next episode (written by Glen A. Larson) will
add a topical element to the already very topical mix of this series, an element that is so obvious one can't imagine why it wasn't here earlier. But, for this episode, The Murphy Contingent, things are good. B.J. wins. Bear throws a tantrum. Life is nice.
Posted by Daniel B? at 12:30 AM