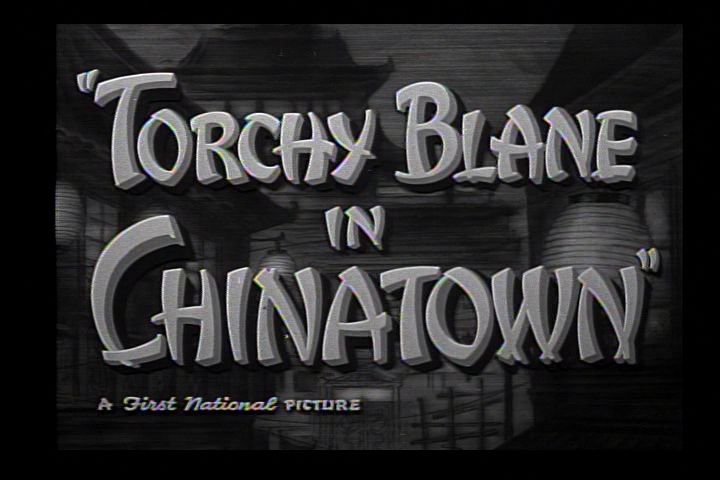 The seventh film in the Torchy Blane series is my favorite since Adventurous Blonde. It has a fun mystery, a quick pace, lots of Torchy being sassy and William Beaudine at the wheel. It also has a strange attitude towards Torchy that has been persisting for a few films now. And, the romance/ possible wedding of Torchy and Steve seems to be something the series has forgotten about. Oh well. 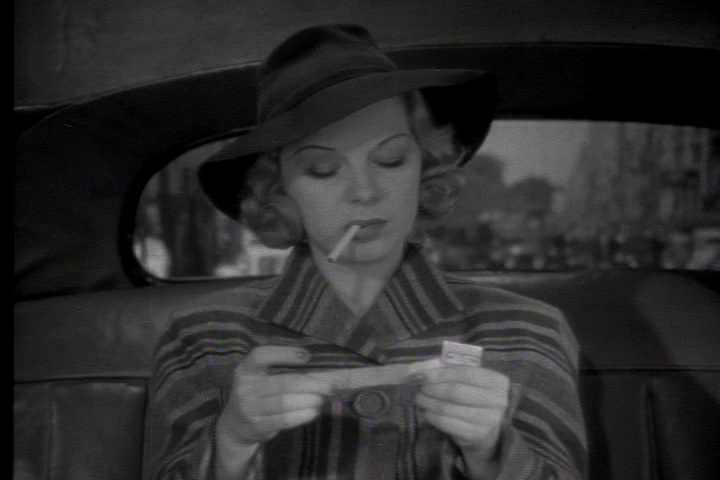 Glenda Farrell is awesome here, as always. She actually wears a formal dress for an engagement party. She looks great. She slaps Gahagan in the stomach a lot. She argues with McBride. And, she has her life threatened by a piece of paper in a matchbook. Some of Torchy's best lines are in this movie, including one about balconies bringing out the Juliet in her. I'm so glad they got her back in the series. 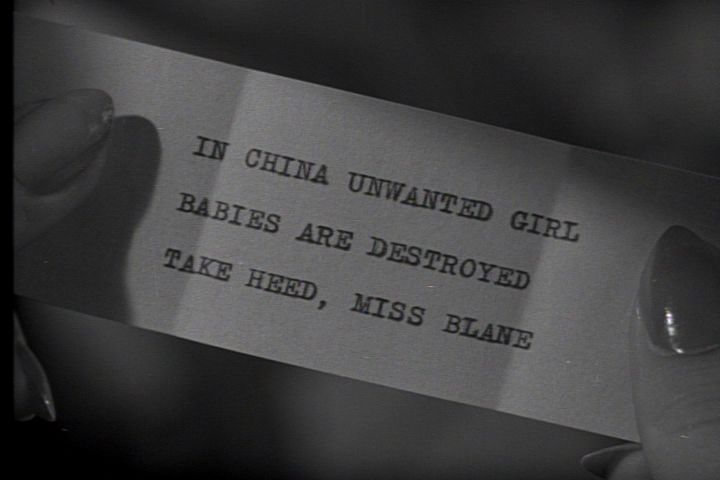 The actual mystery is a good one here. Several men involved in taking jade treasures from China are threatened by what seems to be a Chinese gang of some sort. They are told they will die at midnight. And, several people do die at midnight in entertaining ways. One man is decapitated in a car crash. I'm not sure that happened often in 1939. The "Oriental" angle is mysterious enough to keep everyone guessing, except Torchy who is always on top of things. I appreciate the return to mystery. 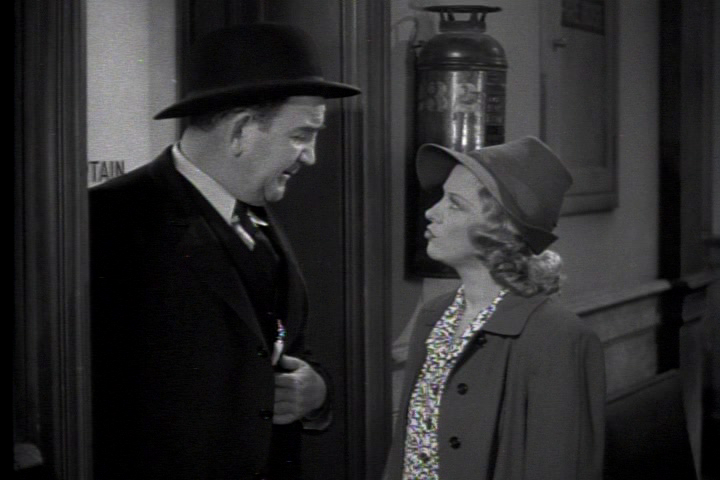 Someone just slapped someone in the gut﻿

But, sadly, the return to mystery doesn't actually involve Torchy and McBride working together. Quite a few scenes in this film are set up this way: Police, including McBride, show up at a house. They talk to people about the killings. Torchy, generally, sneaks in and is derided. But, she's a step ahead of everyone else so she is tolerated. That happens a lot in this movie. By the end, Torchy has ingratiated herself with the people who are being threatened, which is a relief, but it still feels somewhat strange. 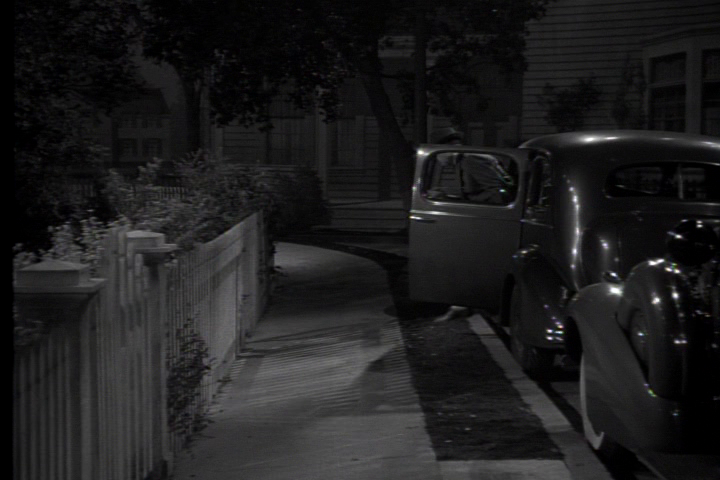 I think Dick Tracy lives on this street﻿

The odd part about Torchy Blane in Chinatown is the way they show Torchy solving the mystery. I won't give away who the bad guy is but  I will mention, real quick, the way the movie wraps itself up. There is a meeting on a boat way, way out on the water. And Torchy isn't there. McBride isn't there. Gahagan isn't there. It's a guy meeting up with three masked crooks. Then, they are caught and unmasked. That's when the odd thing happens. 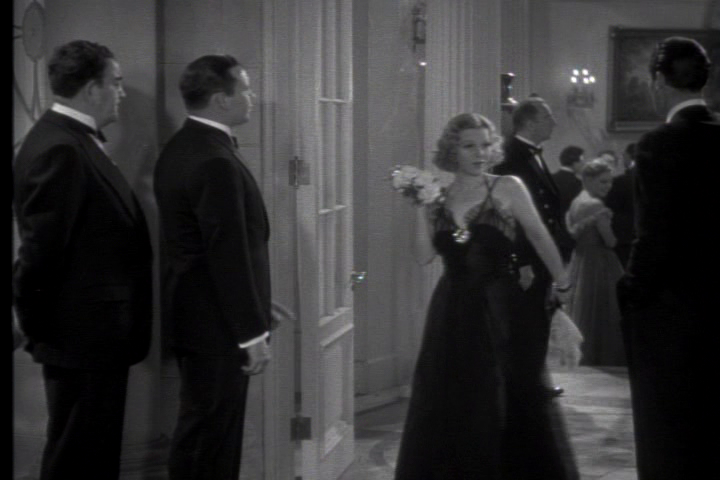 Torchy proceeds to explain everything that's been going on. How she figured out who these crooks were and the steps she went though. But, they've already been caught...  by someone else. It's like a James Bond movie ending with the bad guy being stopped by someone who wasn't James and then Our Hero stepping in and explaining what just happened. It's a good ending, explanation-wise, but it doesn't do much Torchy-wise. It feels like a misstep in a movie that was pretty solid right up to that point. 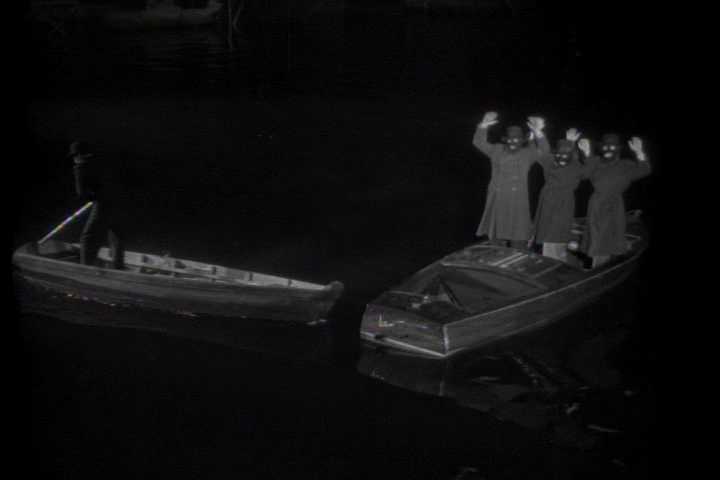 Gahagan in "Backing Into Hilarity!"﻿

The movie isn't ruined by this ending. It just leaves an odd taste in one's mouth. The way the ending of Blondes At Work did. Our Hero(ine) shouldn't stand by and watch the ending. She should be a part of it. Well, this film brought back the mystery. Maybe Film #8 (the last with Farrell) will rectify the other problems. Maybe?
﻿ 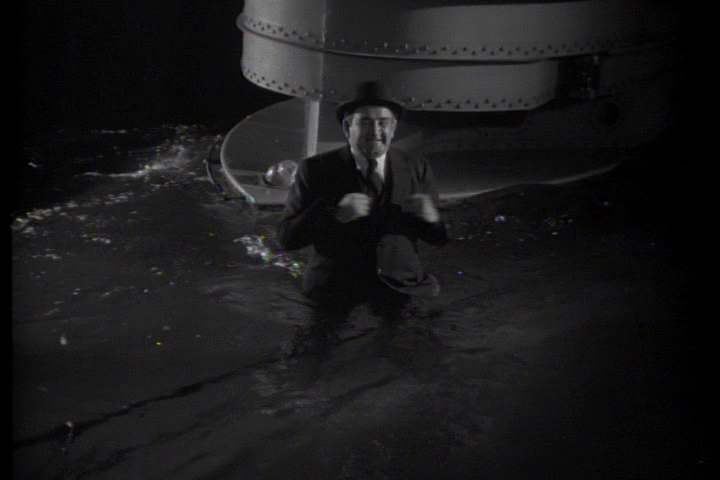 Poetry and submarines don't mix!﻿
Posted by Daniel B? at 8:36 AM