B.J. and the Bear S1 E5: Never Give A Trucker An Even Break 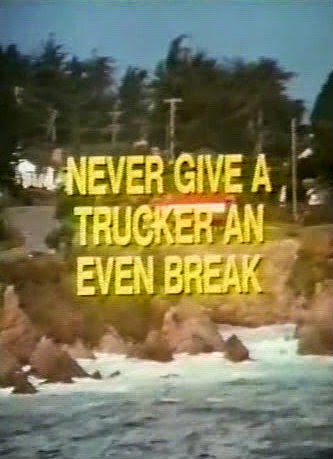 Truckers, good looking guys, chimps, circuses, motorcycle stunts, shady gangsters, John Denver songs, Billy Joel songs, wacky secretaries with lots of cleavage, a laid back attitude --  not all of these elements are actually late-1970s things but somehow they all feel like they should be when Never Give a Trucker an Even Break kicks in. More so than the previous episodes (like Shine On), this one places B.J. in someone else's world but then forgets to give him all that much to do. It's a weird episode that feels like it should be straightforward fun but someone went wishy-washy on the plotting and things don't fully connect or quite make sense. But, it's still a swell time as long as you can get past that darn soft rock. 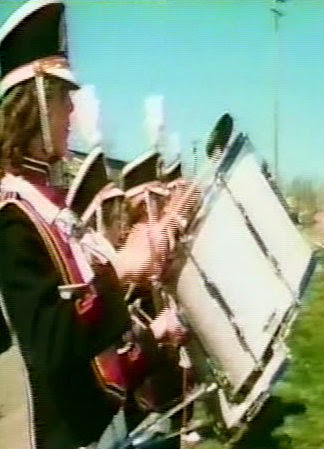 What music is worse than 1970s soft rock? You get one guess.

B.J. is hauling motorcycle stunting equipment for a brother/ sister team. They're heading to a local circus that is doing a big charity event. The brother gets hurt. The sister decides to do the big headlining stunt. At the circus, it turns out that the promoter knows B.J. from Vietnam. And he's one shady jackass. He also has a large breasted secretary named Charisse. We are never allowed to forget about her cleavage. Maybe the world is better because of it? Well, the promoter is in debt with some gangsters and B.J. is involved. And there are stunts and kidnappings and Bear gets drunk...  It all culminates with a fantastic "How did they do that?" stunt moment that gets stretched out a little too far and doesn't fully make sense. 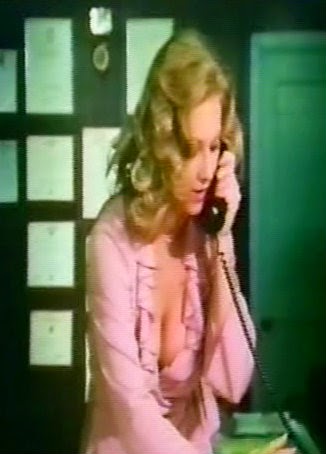 All that and she can answer a phone! 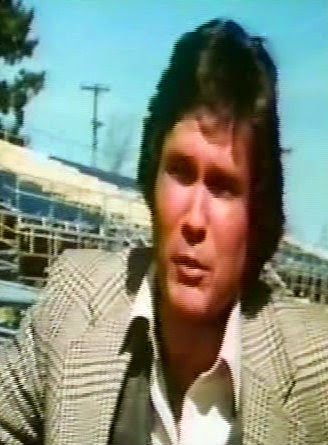 
I'm all for free-form plotting that takes off of events occurring and builds its excitement from that. The previous episode, Deadly Cargo, did that. Pulp Fiction  did that. But, this episode doesn't quite (I think) mean to do that. Everything should be pretty straightforward. It all feels a little wrong. For example, the gangster/ thugs are never quite defined apart from "They want their money." So, they are just two violent jerks who kidnap B.J. and get involved in a chase. The promoter, B.J.'s
"friend", is an ass. His main thing is that he's stealing from this charity and willing to let the daredevil engage in a possible deadly stunt and he's willing to have B.J. get kidnapped...  but, he's laughed off. He's treated as a goof ball with a big-chested secretary. And it almost works but it doesn't quite because B.J. almost dies several times. And our hero is just meant to be hauling equipment. 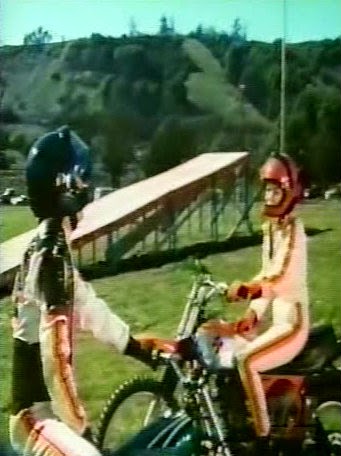 Evil Kenevil, you got nothin' on me

Then, there's the issue of the daredevil gal. She's a big part of the episode but her portion of it seems to be missing something. She talks about her dad, who once did a big jump off a cliff. (Foreshadowing.) And she does have to make that jump on the big day. Plus, her and B.J. develop a little something. But, it all feels off. It feels as if a portion of the episode has gone missing. Maybe the version I watched was badly edited for syndication but it's 48 minutes long, which means that it isn't that cut. 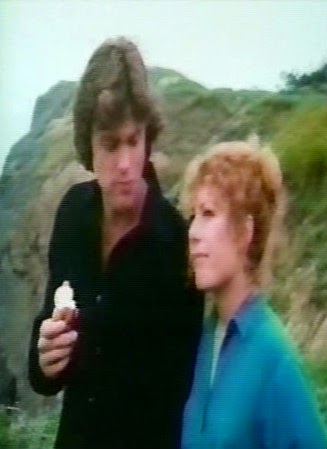 An apple a day brings in the ladies...

The whole episode feels like this. What should be a straightforward story seems to be missing things. B.J. encourages the daredevil lady because he likes her. Then, he risks his life for his jackass friend in the end but there doesn't seem to be much reason for that except that B.J. is the hero. The big moment at the climax is pretty breathtaking. SPOLIERS! In order to buy time before the cops arrive, B.J. drives along a cliff, with the gangsters in pursuit. They want their money!  Then, B.J. drives off the cliff! But, he has a parachute. He was a diversion. The bad guys are caught. The money is saved. 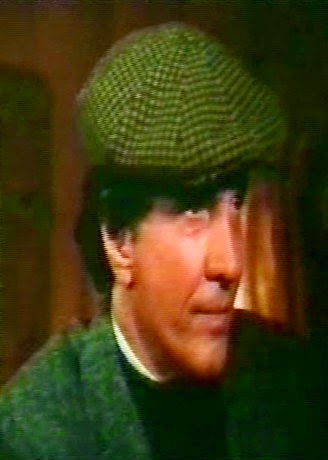 And it's a beautiful scene. The camera is mounted on the side of Greg Evigan as he's on the cycle and...  it goes over the cliff. For real. Then, it cuts to the parachute opening and him floating along. The moment when the ground goes away is startling. Close viewing will give some things away but it's still a Gasper of a moment that is slightly diminished by two things. 1) A cover of John Denver's song Follow Me begins playing immediately. It might be a fantastic joke because B.J. just went off a cliff. But, it's not treated as a joke. 2) B.J. gauges the cliff height at around 750 feet. But, the parachute footage shows someone floating through clouds. Oh well. 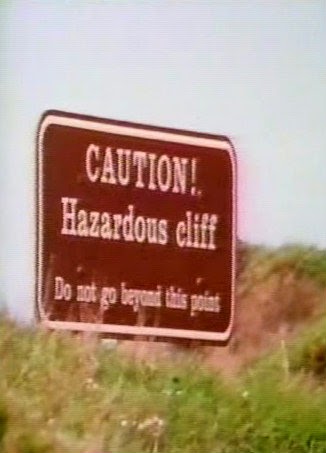 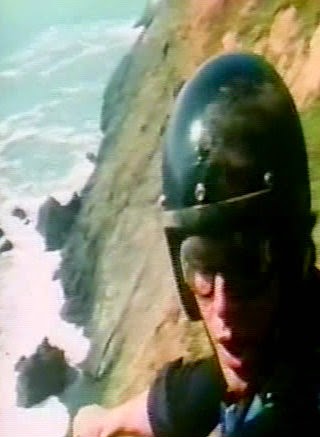 Mr. Evigan seems to be going off a cliff...

It's a frothy, fun episode. It moves fast. There's always something going on. But, it's missing the human connection (although, again, Bear gets drunk). It's missing the bits in between the plot that make it all mean something more than a bunch of people moving around onscreen. I don't say that as if it's bad because, as an episodic television show, it's allowed to experiment. Too many episodes like this, however, won't be good for anyone. Luckily, Our Man is back in the next episode.


Let's close out this review with: 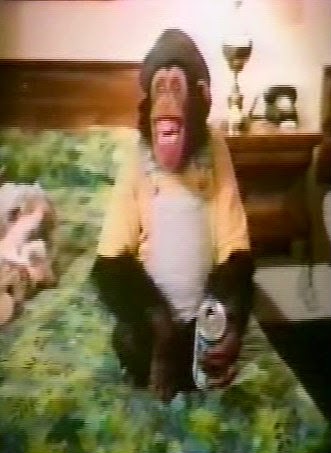 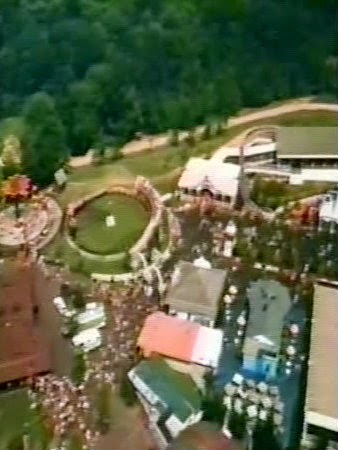