BJ And The Bear S3 E2: The Fast and The Furious 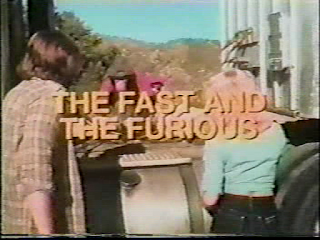 B.J. is still running that independent trucking company with the help of the "seven lady truckers." That's Stacks, Cali, the other one, the one gal, the secretary (is she one of them?), the DJ and Lucky Number 7! They have to make an important haul from Los Angeles to Oakland. (about 370 miles north) If they can make the delivery on time, they will get a lucrative contract. If not, the contract is up for grabs. Captain Grant from SCAT and Jason Willard from Transcal Trucking do everything they can to stop BJ from getting up there. These things include, but are not limited, to putting sand in the transmission of a truck, suspending several of the ladies' licenses, road blocks, threats from William Smith and putting someone on BJ's rig with narcotics. That last one is done through the person of Dolly Reed, played by Pamela Susan Shoop. (No longer married to Ted Danson's DA and the same year as Halloween II.) Will BJ get there on time? Will he get arrested for narcotics? Will the characters of the Seven Lady Truckers final emerge so the viewer can differentiate one from the other? And why are there SOOOO many characters? 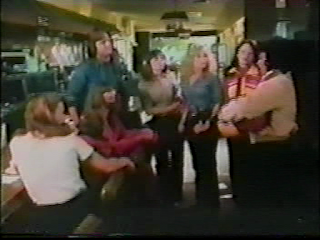 And who are we all?

The episode begins with the truckers delivering assorted loads. Stacks's breaks go and they replicate a trick from the Gemini Man playbook. And it reminded me of how much I really loved that show and how much I miss Sam Casey, Abby and Leonard. (Even good ole' Buffalo.) Then, the mixture of soft rock covers and trucking made me think "I think this genre peaked with Any Which Way You Can a year ago. We're circling the drain now." Watching the bandits hired by Transcal try to stop BJ made me kind of tired. Watching Grant and his Lieutenant Steiger go through the machinations that Lobo did better two years ago made me wistful for the first season. Seeing P.S. Shoop made me want to go back to Christmas. Everything about this episode made me think fondly of something else but rarely of the episode itself. 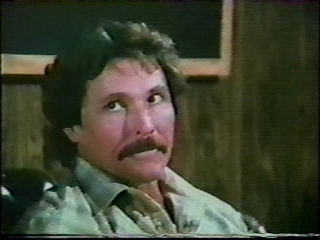 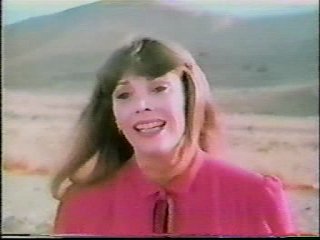 This new format is, so far, not working. The opening sequence is not bad. I still don't know who half of these people are but it's suspenseful enough (done better on Gemini Man though, the location is better, the shots are better and the editing is sharper). There are just too many damn characters. And, honestly, I am truly lost as to who the Seven Lady Truckers are. Is the secretary one of them? Is the gal at the beach who travels with BJ during the big haul one of them? She's related to Grant, I know that. But, is she one of the Magnificently Vague Seven? Don't get me started on all the Transcal guys and the bandits and the...  Why are there so many characters? 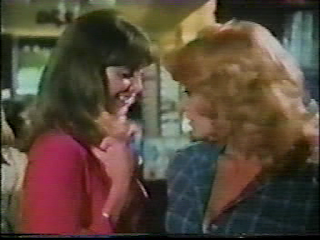 Maybe I'm looking at this wrong. Maybe the gals are meant to be eye candy. Maybe all the guys that aren't BJ are meant to be simply "bad guys." Maybe this is the Last Year At Marienbad of the 1980-1981 American TV season. We have a basic anchor with BJ and his best friend Bear but everything else is abstraction and questions. A vague intention is presented: Get the truck from here to there. Everything else goes out the window. For example, they make a huge point of how they cannot be even five minutes late with the shipment. But then, they seem to spend ages faffing around. Whether it's picking up the stranded Dolly Reed or suddenly everyone hanging out a diner*, for such an urgent mission no one is going anywhere in a hurry. Possibly, it simply doesn't matter. It's about the journey.

I may have to stand by that for now because there isn't much that's great about this episode. 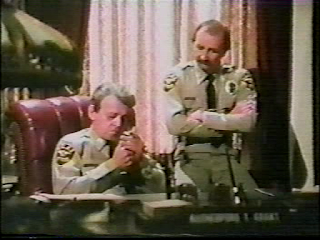 The bad guys plotting is super over-complicated. Dolly Read, as a semi-bad gal, is far less charming than she should be. The ladies, apart from Stacks and the annoying one, are indecipherable. The pacing is really askew throughout. They reach their destination about 6 or 7 minutes before the end. SPOILER! They are late because of all the road blocks and shenanigans. So, the company announces that whoever can get to Los Angeles first (BJ or the guys from Transcal) wins the contract. The episode ends with a fight between BJ and William Smith and a big... 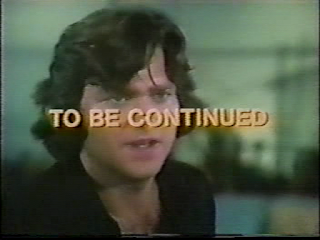 This wasn't an episode that I felt was screaming out for a Part 2. However, the thought of the next episode having higher stakes with a (more or less) race promises more excitement than this episode. Hope springs eternal. 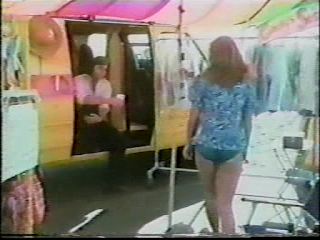 I simply didn't like this episode. All of those characters require more elaborate structure and story machinations to give everyone something to do than the show can handle. This should have been a straightforward "We need to get this haul from here to here in this amount of time." But, it is SOOO convoluted. So overdone. The only way I could get though it without closing my eyes and mumbling my mantra ("BJ McKay and his best friend Bear. BJ McKay and his best friend Bear.") was by treating it all as abstract action and drama. Plus, apart from a few moments here and there, it's simply not much fun. There's a scene where Smith and two goons storm BJ's office and wreck it with the secretary in there. Later, we see a bruise on her face being treated. They beat her up? What?! That's not fun. That's not this show. We've gone to some dark places but not in episodes this foolish. The episode doesn't earn that dramatic beat. It feels mean spirited and wrong. 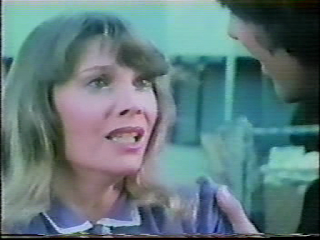 Didn't I see you last Christmas?
And wasn't it more fun?

So far, it looks like they've shot themselves in the foot with the new format. The ladies are indistinguishable. My worry from last time has come true. BJ can't have a romance with the Seven Ladies. They have to introduce Another woman into the cast for him to get romance, which clogs things up even more. Grant is simply not an interesting character. (Steiger seems more interesting.) He's a bland retread of the evil (or misguided) cops from previous seasons. The action is repetitive. The plotting ranges from convoluted to lazy. There was one moment I really liked, which involved the road blocks. It's a clever conceit that isn't groundbreaking entertainment but feels fresh. Everything else around it has gone stale. 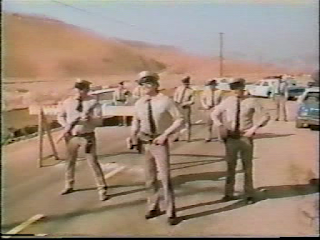 The Final Tour of the Village People

*Where BJ does introduce everyone but, by that point, I was in a haze. 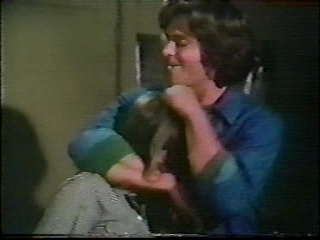 We'll Always Have Noogies
Posted by Daniel B? at 8:12 AM No comments: