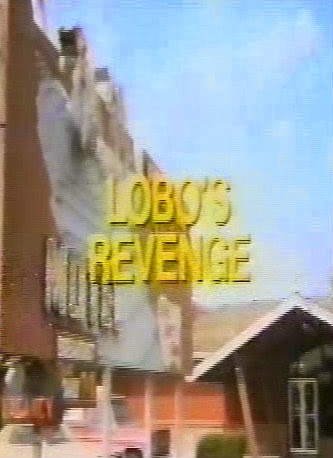 I love B.J. and the Bear. We all know that. But, it's very rare that the show makes me laugh out loud. It's not quite that kind of comedy for me. It's amusing, certainly, but not big guffaw-funny. However, there is one moment in Lobo's Revenge that made me laugh aloud. Sheriff Lobo's is currently situated in a trailer while the jail is being rebuilt. (See Odyssey of the Shady Truth.) This episode is filled with shenanigans between B.J. and Lobo. The funniest bit involves B.J. hooking the trailer, with Lobo sleeping inside, up to his rig and hauling it out of town. And the moment when Lobo wakes up and sees that he's in the middle of the forest...  I laughed. Thank you, everyone involved. 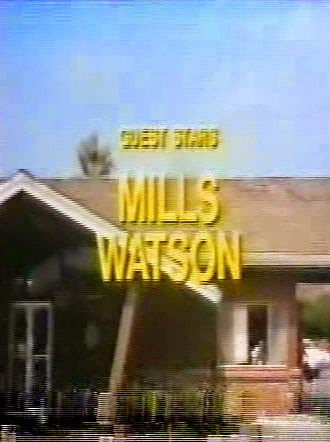 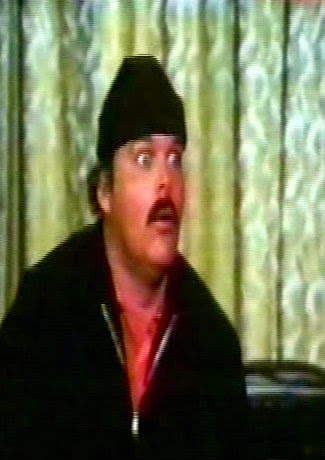 The 6th episode of the first season sees a return to Orly County. By this time, any attempts at having Sheriff Lobo be a serious character are gone when Perkins dresses as a woman and tries to kidnap Bear. Lobo's plan is: Kidnap Bear. Bring him back to Orly. B.J. will come after his best friend. All charges have been dropped against B.J. but if Our Hero takes a wrong step he's getting put away. Of course, Lobo has other motives here involving overspending on police swag, an audit and robbing a bank. But, that's where it gets complicated. You can learn all that when you watch it yourself. 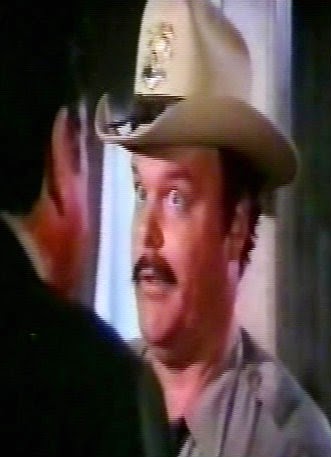 The episode spends about ten minutes kidnapping Bear and getting B.J. back to Orly. Then, the rest of it is basically B.J., surreptitiously, wrecking havoc on Lobo's world. Including moving the trailer and destroying the jail again...  re-using the shot of the wall landing on a police car from the previous Orly episode. And the whole adventure is fun. I was worried that a Bear kidnapping might make things more serious. (See Season 2's Bear Bondage.) But, nope. It's all goofballery of the highest order. 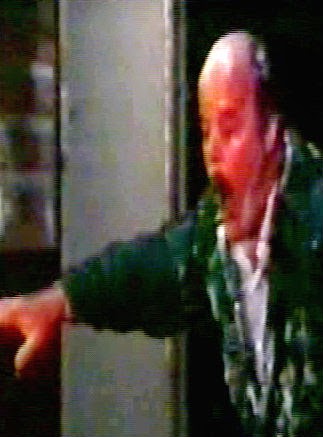 Is Perkins pretending he's dissolving from exposure to toxic waste? 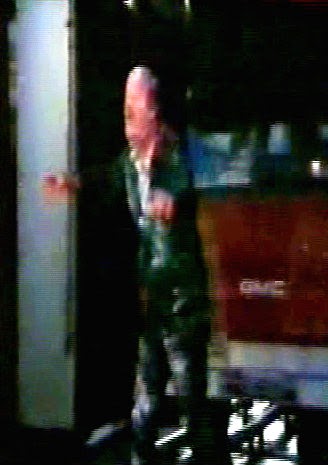 No, you goof! He went through the car wash wrong!

We meet the portly president of the Bank who loves gambling, along with several other Orly characters who show up in the next Lobo-related episode and, possibly, in the spin-off. In fact, this episode seems like early warm-up for the spin-off. B.J. has stuff to do here. But, Lobo is definitely the star, the wacky star. Yes, he gets puts in prison again at the end of this episode...  wait four episodes. He'll be back. 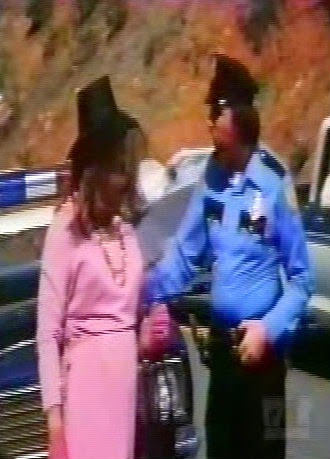 Who's the lovely lady with Brion James? 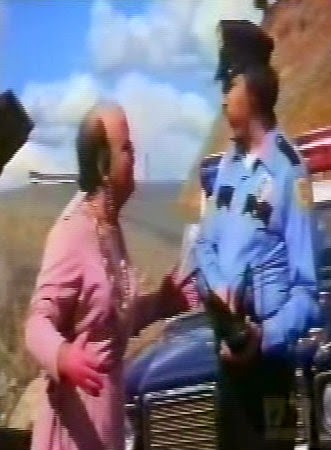 Evigan and Akins work well off each other. Their moments together are good ones. Lobo is one sneaky guy, though. And Perkins is an idiot. B.J. meets up with a lovely lady who I think was in Shady Truth. (I couldn't quite place her. Maybe she wasn't.) The episode has a nice leisurely pace to it. It doesn't go anywhere exciting and new. Steal Bear. B.J. causes trouble. Bank robbery. Car chase. But, as another episode in the continuing saga of Lobo vs. B.J., it's a worthy entry in the Canon. 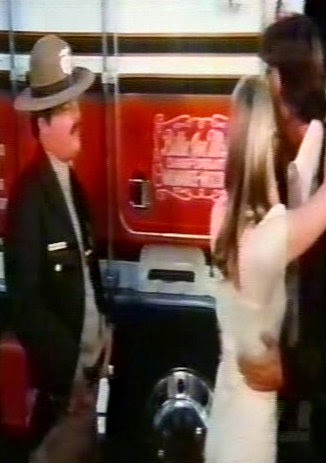 Sheriff Perkins. Criminals start running
Posted by Daniel B? at 9:46 AM