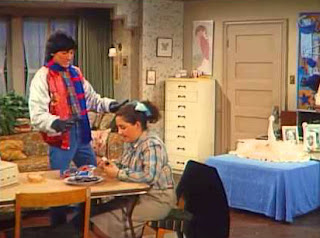 Episode #17 of my podcast Eventually Supertrain is up and running!

Follow this link to get you all the short-lived TV show chatter you need.

Hooray! The good folks at Classic Film and TV Cafe are hosting a Movie of the Week Blogathon! Follow this link to check out all the entries. There's a pretty excellent mix in there. And, I would like to throw my hat into the ring as I review one of my all-time favorites... 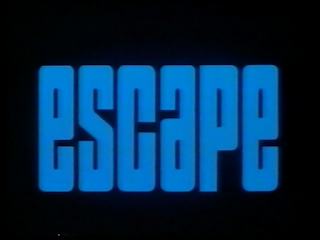 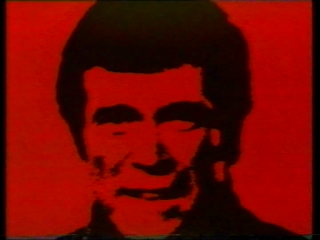 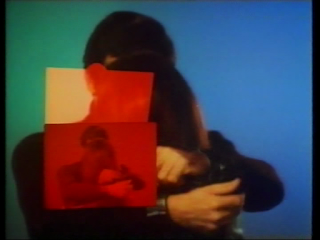 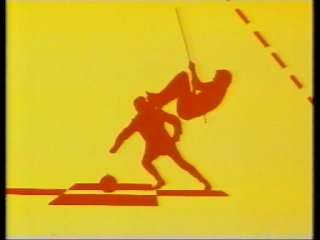 Cameron Steele is the world's best escape artist, circa 1971. He looks exactly like Christopher George. He has a kickass theme tune, composed by Lalo Schifrin. He has a sidekick in Nicholas Slye (Avery Schreiber). He owns a Magic Castle-type building called The Crystal Ball...  with Huntz Hall as the bartender! And, Mr. Steele has a knack for getting people out of spots that they shouldn't be in. 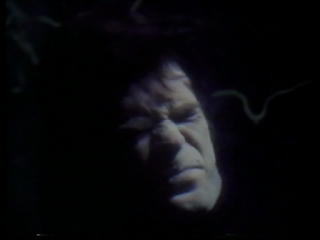 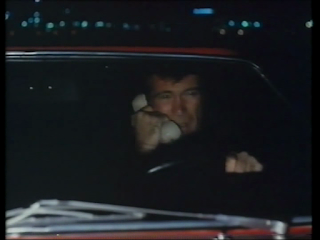 This car has everything!

Back on the very first episode of the Made For TV Mayhem Podcast, I declared this to be one of my Top Three favorite TV movies (alongside The Night Stalker and Satan's Triangle.) I stand by that bold declaration. Escape is pure escapist (you like that?) entertainment of the highest order. It doesn't shirk on the excitement or the epic scale of the bad guy's plotting. In the first ten minutes, Steele gets tied to a rock and thrown into a river. In the last five minutes, he chases a crazy John Vernon (playing Charles Walding) over, under and around a roller coaster. (With stunts coordinated by Hal Needham, for Heaven's Sake!) In between these moments, Steele is suave with the ladies. Slye proves himself to be an art expert, master chef, police sketch artist, researcher of the first order...  and Avery Schreiber! Plus, there are shenanigans in an elevator shaft and so much more... 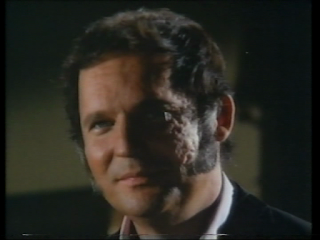 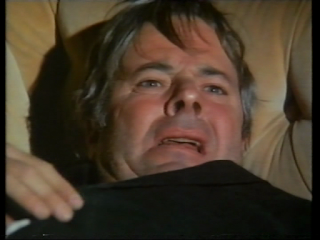 Guess which one is the evil brother

What's the movie about, you may be asking? If I were waggish, I'd say about 70 minutes. But, I'm not that type...  and yet I'm not terribly interested in maneuvering through the plot because it's all MacGuffin to allow the fun to flow. Here's a brief rundown, however: Steele is contacted by a Dr. Henry Walding (William Windom, a year after appearing in one of my favorite films Brewster McCloud). Steele meets Walding...  but Walding is instantly kidnapped and Steele is tossed in a river. Investigations begin! Steele talks to the doctor's daughter, Susan (Marlyn Mason). Slye goes to talk with the doctor's deceased brother's ex-wife, Evelyn (Gloria Grahame, one year after appearing in the Tayback-filled Blood and Lace). 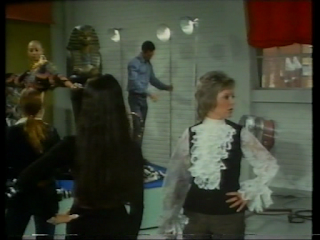 Dr. Walding and his brother, Charles, were working on some sort of synthetic life form. When, apparently, the doctor set fire to his lab, killing Charles. But, Charles is not dead. He is living under an amusement park called Happy Land. (You access his underground lab via the Funhouse.) He kidnaps his brother because he needs the final ingredient to create this faux-life, with which he will enslave the world! Can Steele stop the evil Walding and save the good Waldings? Will the Earth become enslaved to John Vernon? Tune in to Escape and find out... 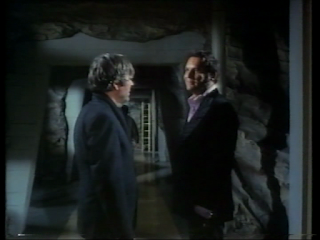 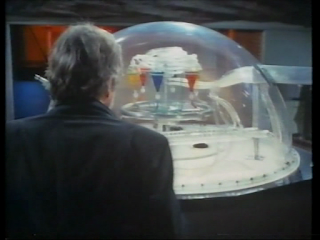 Discovering your insane brother has his own underground cave...
and a viral organism with which he will enslave humanity

I would like to publicly declare something that I've actually said a dozen times but in regards to horror films and exploitation films, not TV movies. The 90 minute time slot TV movie is the best time for these features. (Unless, you're going bold like The House On Greenapple Road.) After commercials are excised, they're all around 70-75 minutes. Perfect length. A bit over an hour. They don't overstay their welcome. There's little padding. It's good times. Escape is the perfect template for this. 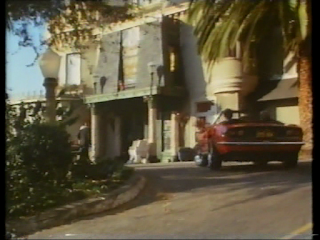 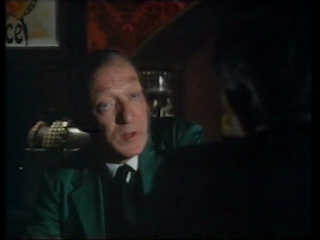 Steele and Slye get thrown into this strange adventure. They gradually uncover piece after piece of the puzzle. (One involves the great Lucille Benson as a tattoo artist!) Plus, there's some very elegant (or convenient, I chose elegant) plotting in the second half. Steele learns that one of the thugs that attacked him works at Happy Land. So, he goes there to investigate. Susan is kidnapped by Evil Walding and taken to Happy Land. So, when Steele maneuvers his way into the hideout...  Susan and her father are already there! It saves a lot of time. And then, they put him in a straitjacket and hang him upside down in an empty room. 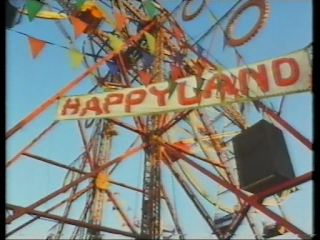 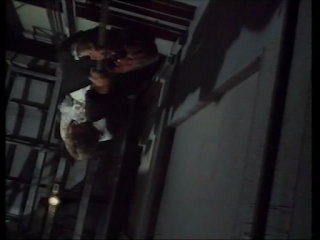 Hanging out in the elevator shaft

The acting is excellent across the board. Christopher George is always awesome. They're not trying to reinvent the wheel with his character here. He's exactly the suave, brave kind of guy you expect him to be. And the world is better for it. John Vernon always gives good evil. William Windom is shaky and worried. Marlyn Mason may look like she's wearing a conglomeration of doilies on her chest but she's smart and...  most important...  Steele likes kissing her. Avery Schreiber is great as his character constantly keeps having new talents revealed. 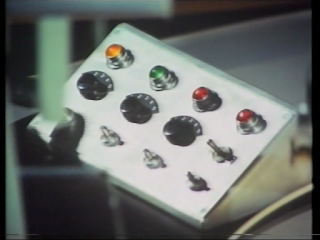 I'm not going to go on too much longer. If you like fun adventure with a bit of sci-fi thrown in and some cool action scenes, Escape is your movie. The closing sequences are particularly well done. (Credit the power of The Moxey on direction and the Needham stunt-work.) The end begins in a stuck elevator with a treacherous climb up a cable. The end ends with Steele chasing Evil Walding through Happy Land and ending up on a roller coaster...  with at least two shots that will make you gasp or yell "Woah!" I don't condone running around on roller coasters....  generally. This film will make you want to climb all over one. 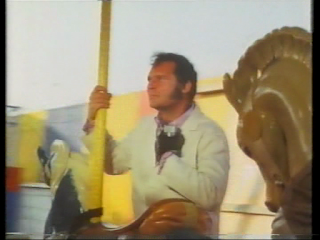 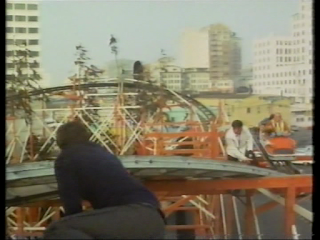 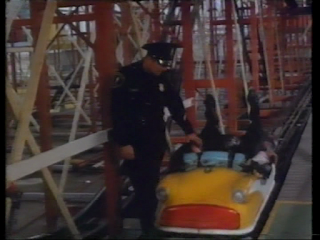 Evil Walding taking a snooze in the roller coaster car

I love Escape. I have watched it around ten times. It brings me great joy. It was a possible pilot for a series that never happened. That's sad. But, it's OK. Sometimes you only need one adventure to know how awesome a character can be. If you need me, I'll be down at the courthouse changing my name to Steele...  Cameron Steele. The Second. Don't tell my wife. I want to surprise her. 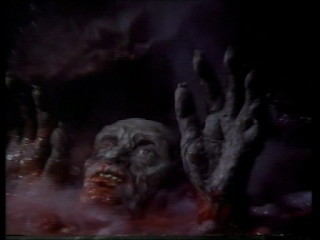 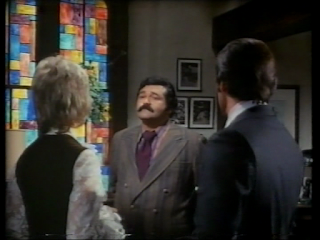 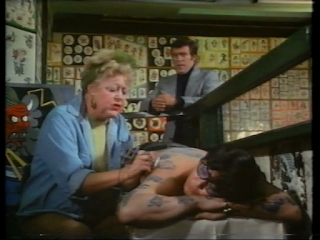 This film has everything

One final note: Escape has something in it that I thought I had thought of but I've also seen it on a BJ and the Bear so my idea seems less original. The baddies keep people captive in a lovely series of rooms. However, the rooms are actually sets they've constructed within the underground caves to fool the captive people into thinking they are somewhere else. Steele (with the coolest fighting style ever) crashes though a window of a nicely designed living room and winds up in a cave next to a giant movie light. I had someone held captive in an old house that was actually a mock-up within a castle in my novel Diary of a Nude Man. We all have a good time here. 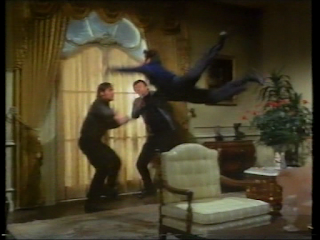 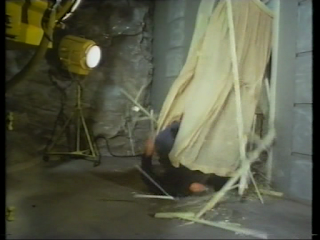 Episode #16 is Alive and Well and waiting for you to listen to it. 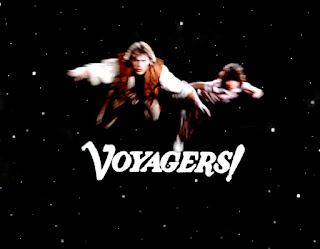