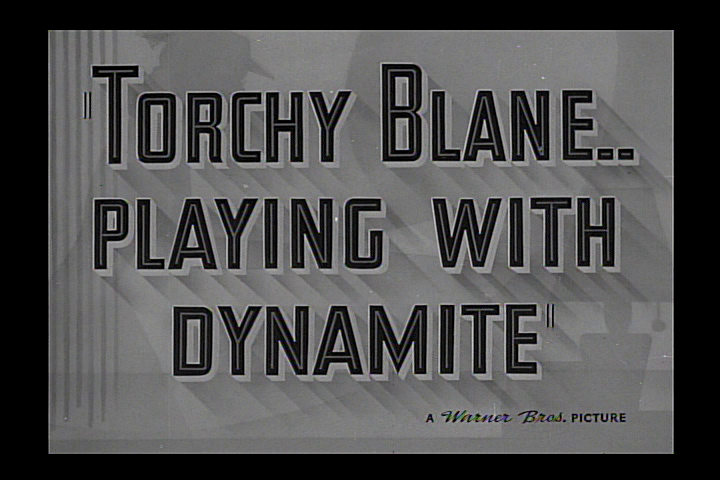 And the Torchy Blane saga ends. Nine movies, three years, a big pile of entertainment. Glenda and Barton are gone. Jane Wyman takes up the mantle of Torchy. Allen Jenkins takes over as Lt. McBride. How do they fare? Surprisingly well. Actually. It's Reagan calling Wyman on set!  (Not really.)

Jane Wyman dives right into the wisecracking and the sass of Torchy's character. Allen Jenkins can handle the blustery comedy. (If you don't believe that Sh! The Octopus is one of the best movies ever, than you need some new beliefs.) Tom Kennedy stands proud (and wrestles a lot) as Gahagan. The movie itself starts off with a bullet-pace. A crook named Denver Eddie is pulling a lot of heists. His girlfriend, Jackie, is put in jail. Torchy gets herself put in jail to try to befriend Jackie and track down Eddie. It all ends up in San Francisco at a wrestling arena. Turns out that Gahagan was a wrestling champ. And, Torchy and Steve may receive a reward that will allow them to put a down payment on their dream house. 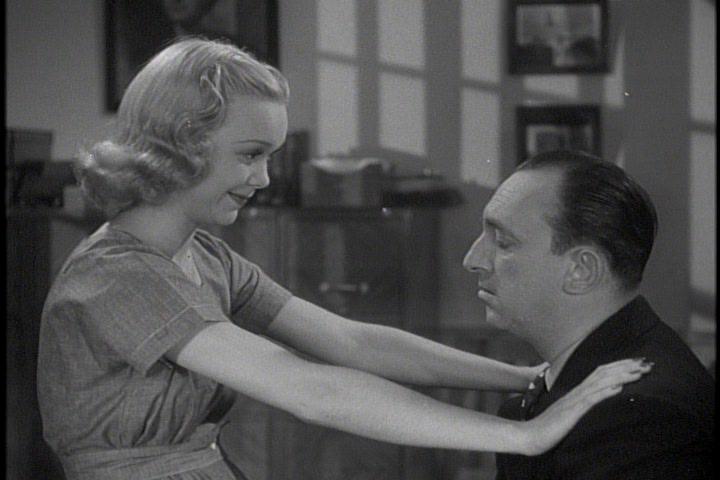 Jane Wyman is lovely. She doesn't have the slightly off-kilter good looks of Glenda. She looks like a beauty queen. (She's also around 13 years younger than Glenda and around 17 years younger than Jenkins.) She does a great job at Torchy. She seems game for anything in the same way that Lola Lane was ready to flop around in the ocean to catch her crook. Jane's Torchy gets into the thick of a prison brawl and goes deep undercover. And she does it with a vivacity and spirit that is very much like the reporter gal characters of the period. Actually, her performance, while charming, is the one thing that distracted me about the film. 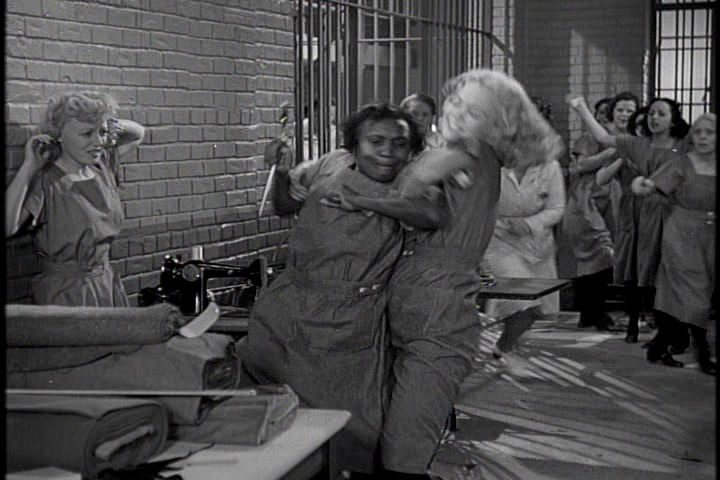 Your Grandma's version of Orange is the New Black

Torchy Blane in Panama felt odd. It began strangely with the parade and the bank robbery. It was all buoyed by Lola Lane's slightly off-kilter interpretation of Torchy (cool but weird). Plus, it felt as if the movie was trying rather hard to be different from the films that came before it. Apart from the new angle of Torchy going undercover, Torchy Blane..  Playing with Dynamite, feels like the next Torchy Blane film. But, the regular stars aren't there. Jane Wyman is almost trying too hard to be like Glenda Farrell here. It feels like a remake of a Torchy film with a different lead actress. She's fun to watch but it feels a bit too much like she's mimicking Glenda. That's not a bad thing. It's just something I noticed. Maybe this shouldn't have been a Torchy film? They could have given her her own character and she could have had a great series. (They did, actually, in Private Detective later that year. -Ed.) 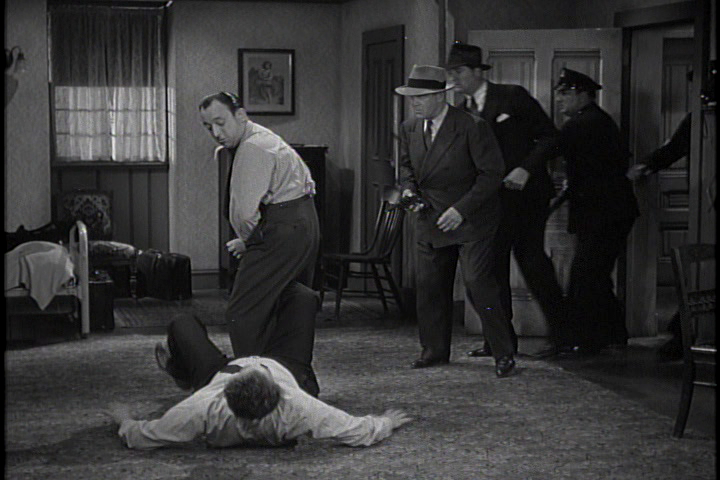 There are some individual moments within the film that are interesting. First, as mentioned, the whole film moves quite quickly, which is nice. There's never time to be bored because it's always up to something, especially in the first quarter. Second, the whole film is predicated upon a huge coincidence. Torchy is stopped by a police officer, like in Blondes At Work. This time she ends up in court where she sees Jackie, the moll, getting sent away to the pokey. That sparks her mind to get put in prison. It drives the film, which is good. But, I don't normally notice these big plot coincidences so it may be a bit too obvious. Then, there's the wrestling tangent. 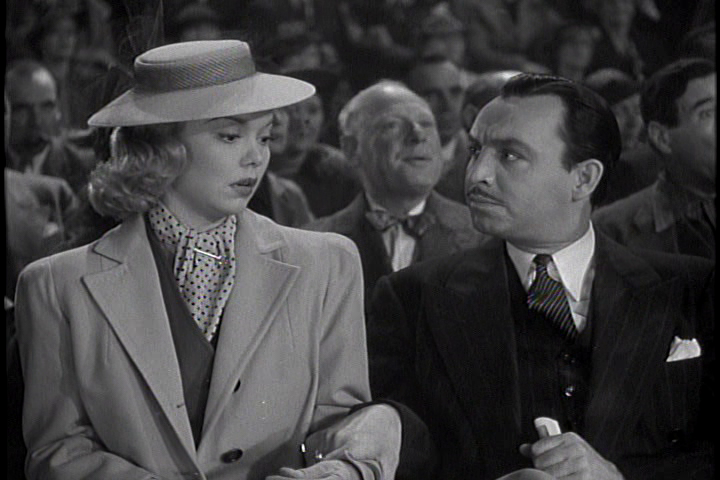 Torchy Blane & Denver Eddie. Two great names that
do not go great together.

This part of the movie almost feels like something that could have wound up in a 1930s version of Pulp Fiction. Gahagan used to be a professional wrestler. He is revealed to be wearing his Champion Wrestling belt under his plainclothes. He becomes a professional wrestler again so he and Steve can remain undercover and not give their game away to the SF police. Suddenly, Gahagan is in the ring fighting an old rival and the film climaxes there. It's a strange tangent that comes out of nowhere but fits into the film. Maybe not perfectly but it fits. 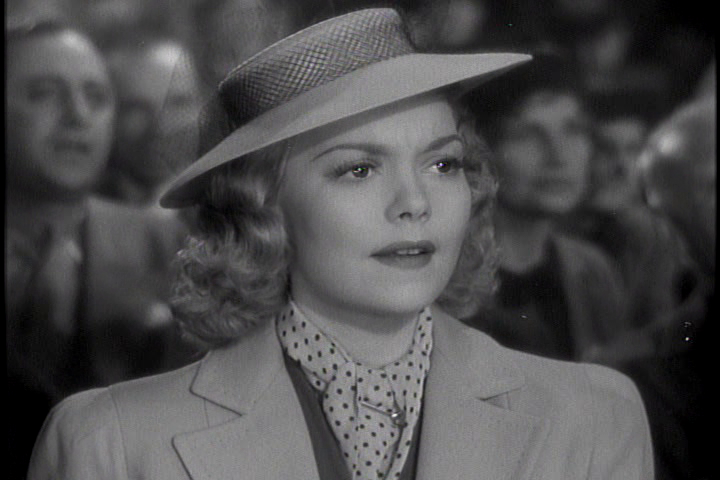 Practicing faces for the final fade out

Torchy Blane... Playing with Dynamite ends the series on a note of hope, as if they felt more were in the future. Torchy doesn't actually do much reporting here. She acts more like a female undercover cop. But, the dynamic between her and Steve is still there (setting aside the age difference) and Gahagan is still goofy. When Our Heroes are assembled in the wrestling arena and get a final moment together...  then the picture fades out...  I was hoping it wouldn't be the end. Sadly, it is. 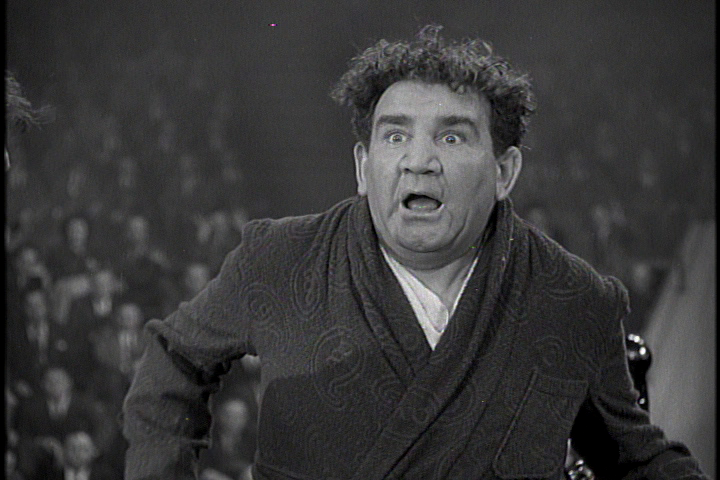