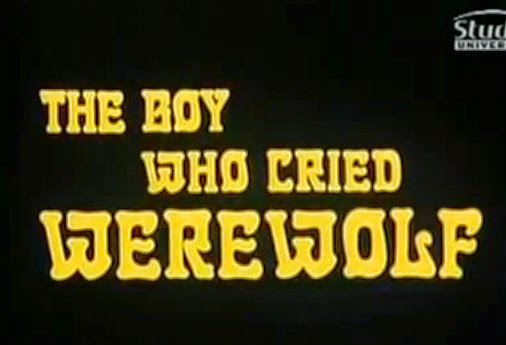 From the year of my birth comes a werewolf movie with a pretty great title. It conjures up the image of a bratty child who loves monsters and keeps pretending that he sees them to bother his family. Then, a real werewolf eventually shows up and no one believes the kid. So, the kid gets mauled and, possibly, eaten alive. Or whatever it is that werewolves do exactly. Having just written that, the movie feels a bit more like a short film idea than a feature. But, it's OK because that's not what The Boy Who Cried Werewolf is anyway.

It's the story of Robert and his son, Richie, who go to a cabin in the woods. They are attacked by a werewolf. Dad kills it but gets bit on the arm. There is a new werewolf in town! Unfortunately, no one believes Richie when he says he knows who the lycanthrope is. Throw in some family drama with Robert's ex-wife Sandy. Add George Gaynes as a psychiatrist who has many, many patients. And then throw in some Jesus Freaks who are staying down by the river and yelling about Jesus...  a lot. There's your movie. 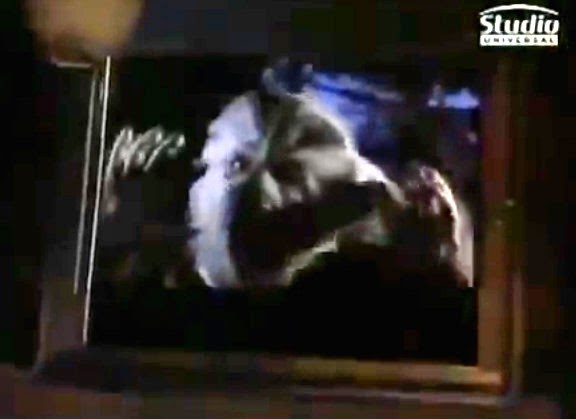 It's too bad that it's not a fantastic movie. I really wish it was. Don't use a title like that unless you're really going to make it the best. Seriously. Nathan A. Juran's direction is fine. It's never that exciting but the camera's generally pointed in the right direction. The acting is solid. The werewolf makeup is fun, even if it reminded me of The Werewolf of Woodstock a bit. The film is just never that involving, never that interesting. Part of that, I believe, comes from the misuse of the inherent ramifications of the title.

The kid in The Boy Who Cried Wolf, the story, is a jackass. He's a little brat who gets his comeuppance and we all learn a valuable lesson. But, this movie doesn't follow the tale. Richie and Robert are out for a midnight stroll. They get attacked and Robert has a long fight with what is clearly a werewolf. When the werewolf is killed, it turns back into a man. 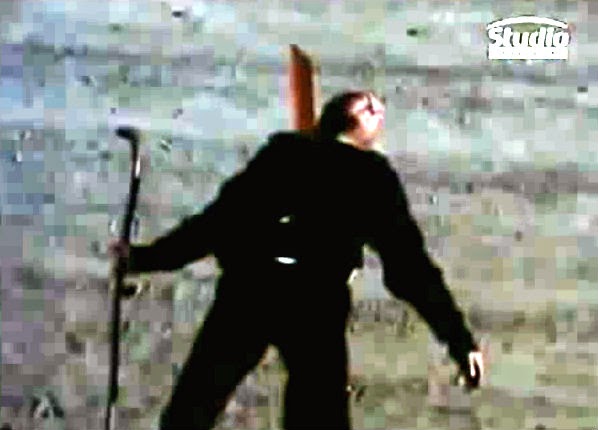 He fell on the one pointy thing in the field.

But, we all saw that it was a werewolf. however, as they tell the Sheriff about it, Richie is shouted down for even suggesting it was a werewolf. The Sheriff doesn't believe it. And even Robert, who just fought the damn thing, tells Richie not to let his imagination run wild. The rest of the movie is Richie trying to prove that it was a werewolf and that his dad is a werewolf...  even though Robert should be backing his son up (at least about the first werewolf). There's an almost automatic assumption that what Richie says must be his imagination (or a lie). Only the psychiatrist seems to believe Richie a bit. Sadly, he may be a little screwy. 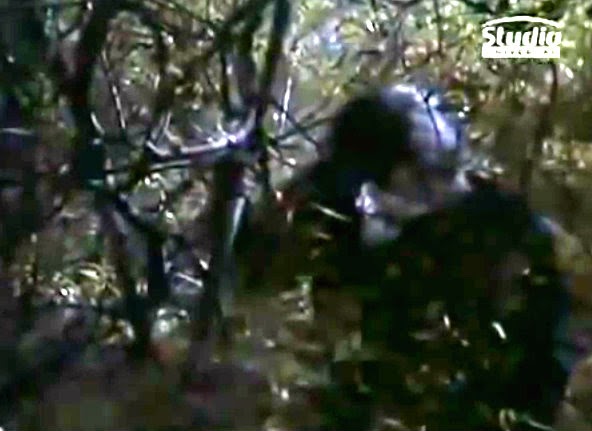 What time of the day is this?

The whole movie is one of those sort of endless "When exactly will everyone in the movie come to grips with what is going on so we can all get on with it?" kind of movies. And, if Richie had been a little liar, it might have been fun to see him try to get people's trust back. He's not a liar and so it becomes confusing and a bit frustrating... But then, I realized that maybe the dad doesn't see that it's a werewolf. I was looking at the day-for-night shots of the fight and thinking that Dad must have seen the werewolf. But, if everyone is pretending it's pitch black, maybe Robert didn't see it. But then, the impaled dead werewolf is completely visible. My mind boggles.

Possibly the confusion over what Robert sees mixed with the quick rejection of Richie may have been some sort of production problem. Maybe something got cut or didn't get shot? Later on in the movie, the psychiatrist is shown killed, clearly by the werewolf. But, there's absolutely no reason for the werewolf to have been there to kill him. Something is missing there. Plus, the main characters keep going from town to the mountains to the woods...  and so forth. And there's no real concept of where anything is in relation to anything else. For all I know, the whole thing is meant to be about a family that lives on the Universal Studios back lot. It's tough to say. Then, there are those Jesus Freaks. 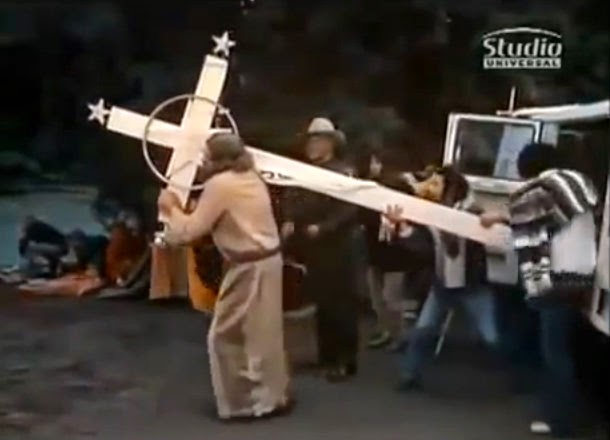 That's a group of Jesus Freaks, all right.

The main Freak, who is a Jesus lookalike/ Super Hippy, is fun to watch. (The character is played by the film's screenwriter.) He gets to take part in two of the best scenes in the film (which I'll mention in a moment). But, there's a lot of time spent with the Freaks and apart from the leader, none of them are characters. It feels almost like someone got their Hippy Film in my Werewolf Movie and they decided to keep them combined. They're entertaining for a bit. They don't really do much.

The two scenes I mentioned are 1) the Jesus Freaks joining hands and creating some kind of "love circle" that Robert finds he can't enter and 2) a scene where the lead Freak performs an exorcism on the werewolf at the exact same moment that the sun comes up. The werewolf changes back to Robert and the head guy is thrilled with himself. But, I just realized that Phil Hardy's Encyclopedia of Horror Movies, on page 271 of the Second Edition, says those are their favorite bits too. So, I might just be ripping them off. 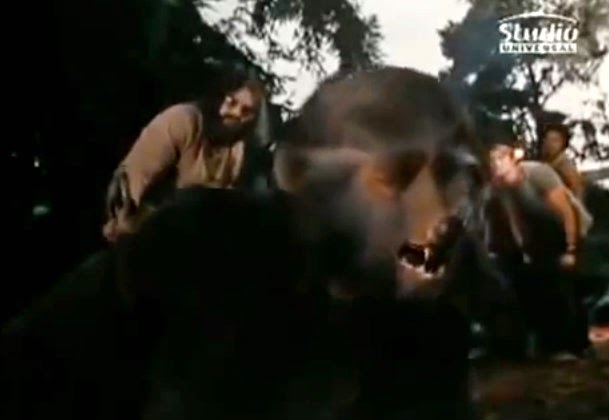 He hates them hippies!

The Boy Who Cried Werewolf isn't that great. It does have a cool title and a few decent scenes (some horror, some comedy). Plus, a boatload of Jesus Freaks. That might be enough to get you hooked.
Posted by Daniel B? at 9:37 AM