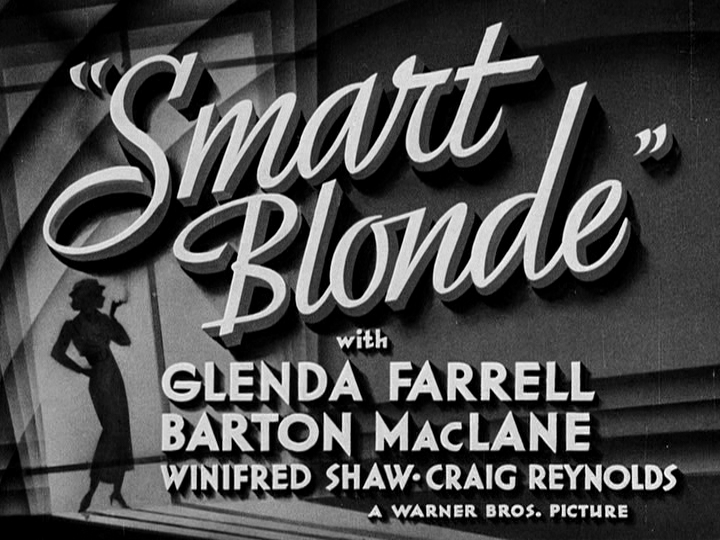 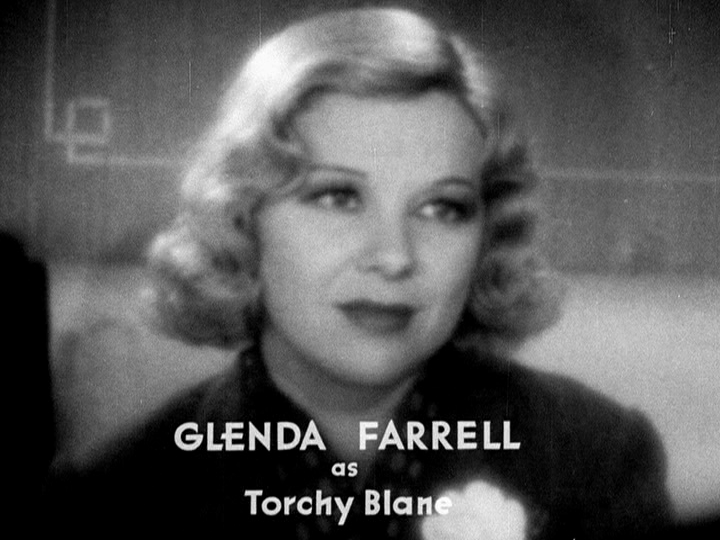 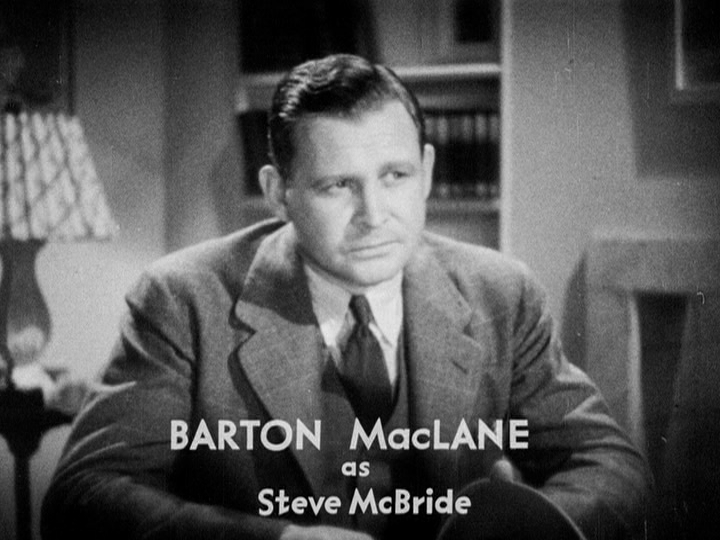 Smart Blonde is a murder mystery revolving around the death of 'Tiny' Torgensen. Torgensen has recently purchased a popular nightclub from a semi-shady guy named Fitz Mularkey (which is a semi-shady name if ever I heard one). A group of people working and living in and around the nightclub all becomes suspects. McBride (known as "Skipper" to Torchy) and Torchy investigate. Sometimes in the same direction, sometimes not. 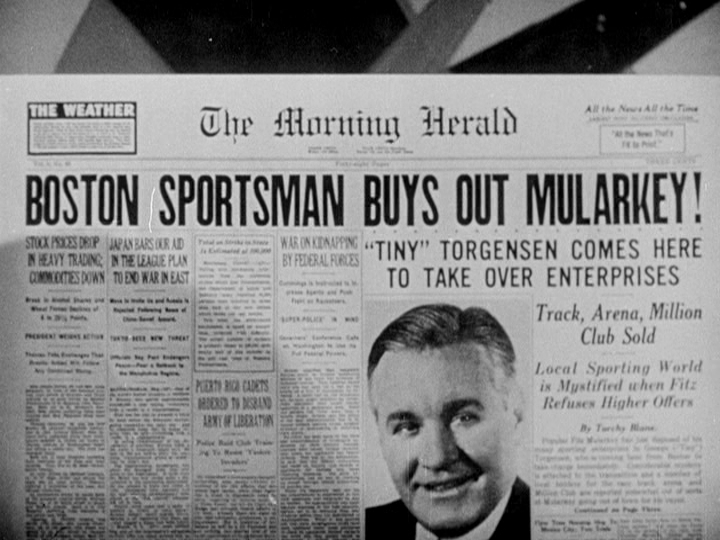 Mularkey? What's the derivation of that?

Glenda Farrell had been around for a while. She'd been in the very popular (and super entertaining) Gold Diggers of [Whenever] movies. She had also appeared in The Mystery of the Wax Museum as a wise-cracking reporter. Torchy is a lot like that character. We first see Torchy getting out of a cab and getting onto a moving train, hobo-style, to talk with Torgensen. She has a quick chat with "Tiny"before he is shot outside of the train station. She's clearly awesome from the get-go. 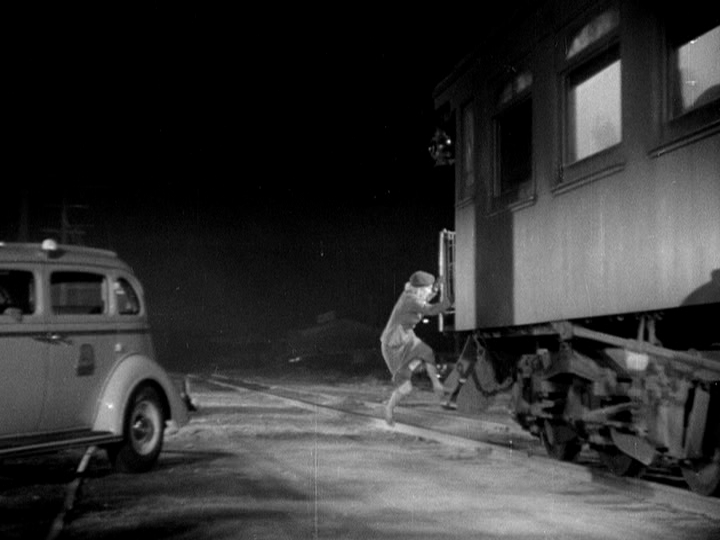 Stunt Torchy!
McBride is the standard movie cop of his time. He can be super sweet to Torchy and then they're arguing with each other in the very next shot. He slowly moves closer and closer towards the solution of the mystery. While, almost off to one side, Torchy pieces together exactly what's going on. In fact, the film misdirects us for a bit as McBride investigates and investigates, while Torchy doesn't seem to be accomplishing much.
Along with those two characters, we also meet Gahagan, the officer who drives the car for McBride. He's a big bruiser of a guy who loves poetry and gets very excited when he is allowed to put the sirens on. McBride treats Gahagan with slight indifference and condescension. Torchy clearly thinks he's the bee's knees. She relies on him quite a bit and he seems to enjoy helping her. 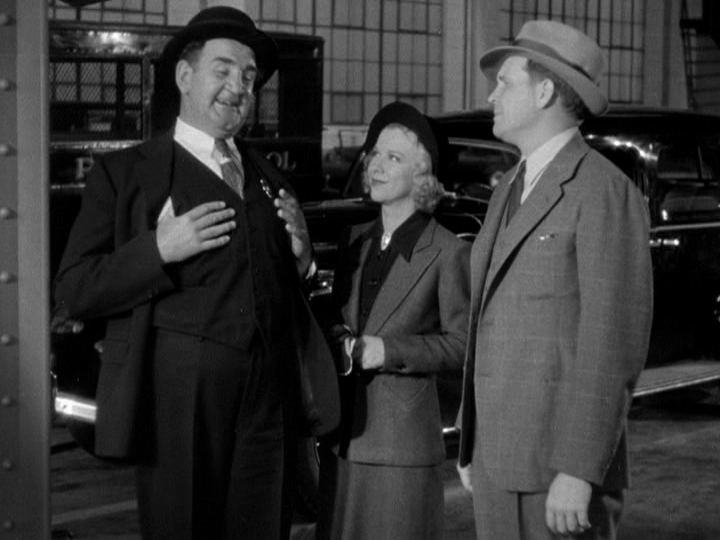 Gahagan about to spout some poetry.
Early on in Smart Blonde, things happen quickly. The film dives right into the story. There are no pauses to really introduce characters to us. Things happen and the viewer is left to piece it all together. We meet Torchy and McBride. We meet the other police officers and newspaper employees. We meet all the suspects. We get a slew of names for assorted characters. And quite a few of the gals look kind of similar. And I confused Fitz with Chuck at one point. But, in the end, it all makes sense. 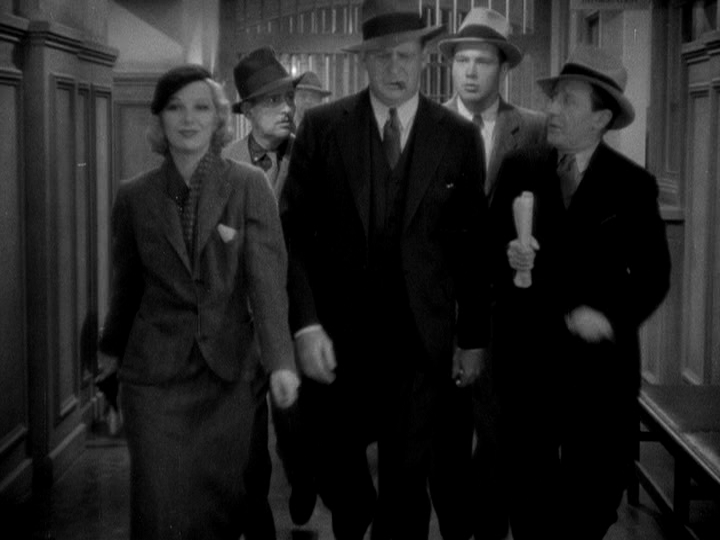 Torchy & the boys
Somewhere about halfway in the film slows down a bit. (It gets perilously close to becoming a "McBride or Torchy questioning different people in different rooms that all look similar" movie. But, the Torchy-McBride interactions are thrown in at decent intervals to break things up.) I was able to get a handle on everything that was going on and who all of these people were. The only thing the film does that kind of throws a slight wrench into the mystery is that there aren't quite enough suspects in the end. But, the final revelations were good ones. Not exactly news to me but presented well and you want to cheer Torchy on when she explains the case.

Throughout it all, Glenda Farrell whirls through the film having a good time.  She is very charming and has the reporter world wrapped around her little finger. She's having a tougher time with McBride but he'll come over to her side eventually.

Smart Blonde is not the best of the Torchy Blane series. The quick fast opening means that one may want to go back a second time to get all the characters down. But, for a light B-picture, it's a hoot. There were so many fun series like this made at that time. For me, they actually overshadow many of the big productions from that era, simply because this is so much more fun. 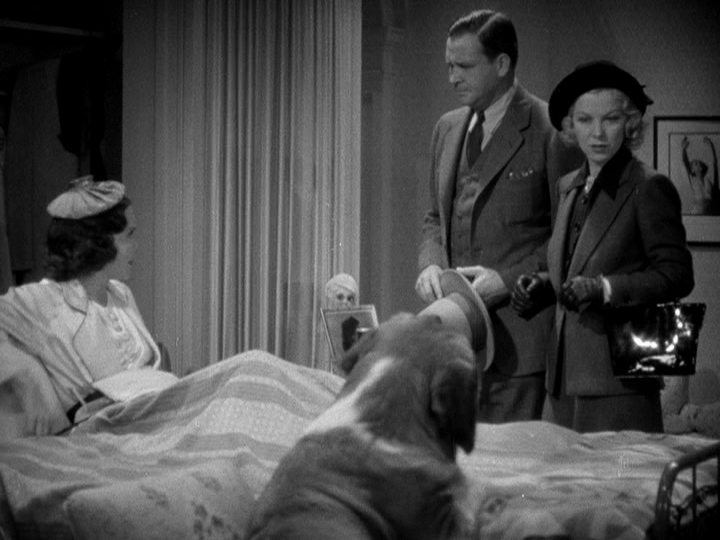 
Oh, all 9 Torchy Blane movies are available on a Warner Archive set: Torchy!
Posted by Daniel B? at 9:30 AM