B.J. And The Bear: The Foundlings 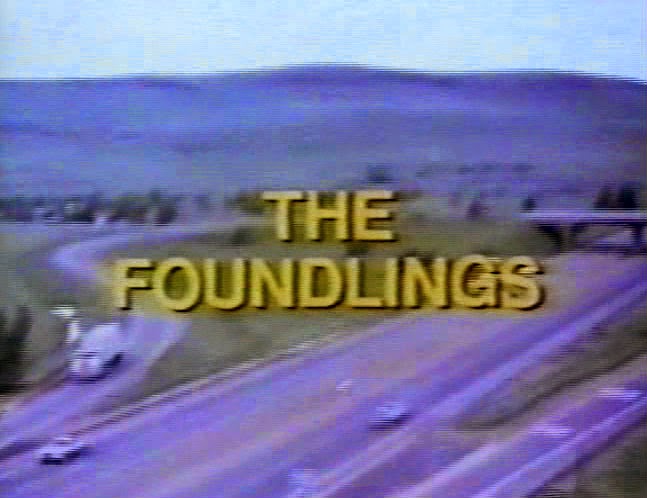 B.J. And The Bear: The Foundlings is a 2-hour TV movie from the stable of Glen A. Larson, whose Battlestar Galactica was all over the place at the end of 1978. This movie introduced the world to ex-Vietnam Vet/ POW and super trucker B.J. McKay. Traveling with B.J. at all times was his chimp, Bear. (Bear was named after Paul "Bear" Bryant, football coach at the University of Alabama.) The theme song, written by Larson and sung by Evigan, basically explained the premise: B.J. is a guy who lives in his semi- and travels around the country delivering loads for $1.50/mile plus expenses, no questions asked. (Nothing illegal.) 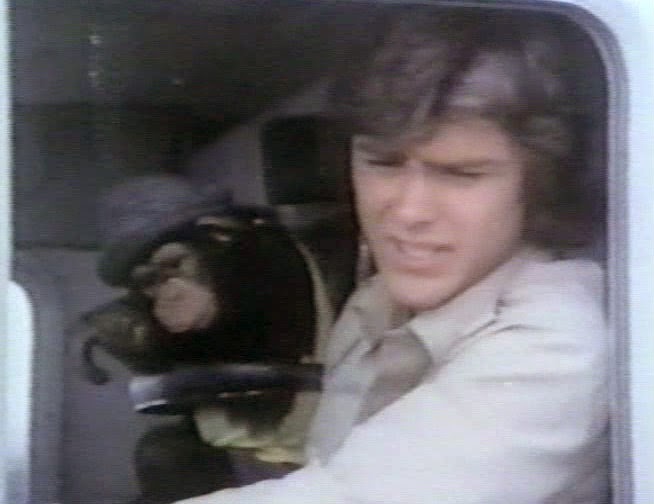 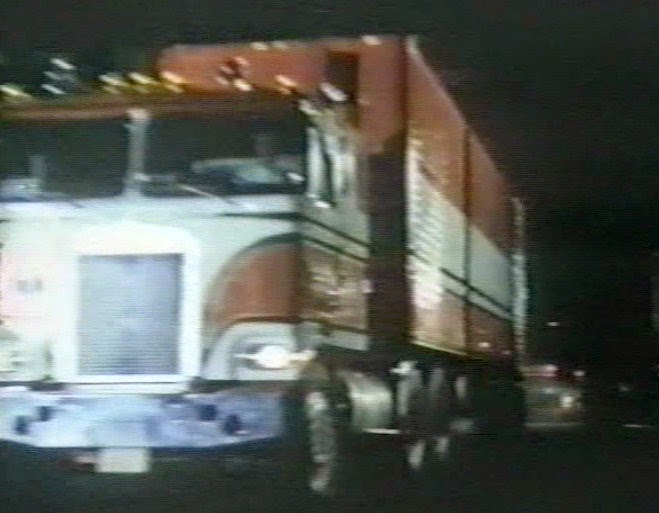 The guys and their truck

In the early 1970s, there was a show, starring Claude Akins, called Movin' On. It was about an old trucker and a young trucker who co-owned a rig. That show ran for 2 seasons and was a mix of comedy, drama, adventure. B.J. And The Bear was similar except, like many Larson shows, it felt much more trendy, more of its time. B.J. was a singer. He'd strum his guitar and play soft rock hits for us. (This episode features him playing "Sweet Baby James.") There was a chimp as a pal. Clint Eastwood's Every Which Way But Loose wasn't quite out yet but it almost was. There was a lot of CB work. There was a lot of trucking, beautiful women, a good looking male star and a Sheriff straight out of The Dukes of Hazzard, which actually hadn't quite come out either. Larson was able to hit on several big threads of the time and anticipate a few others. 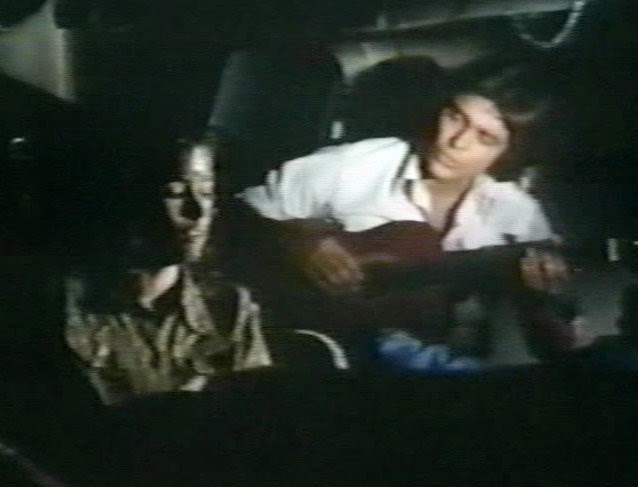 The Foundlings introduces us to B.J. McKay and Bear as they are hauling something to a government facility. Turns out it's old paper currency designated for burning. This sequence feels semi-out-of-place here because nothing really happens but it introduces us to the characters. B.J. gives us some narration that lays out his life and his philosophy. (He's from Milwaukee...  just like The Fonz.) He is then seen in a high stakes pool game betting all of his cash against a swarthy gentleman. That's when we meet Stilts, a rather, sadly, annoying young lady in cutoff jean shorts. She is introduced in the opposite of a "meet cute." It's a "meet annoying." Stilts (actually her real name is Florence from Little Rock) knows that B.J. has a lot on the line during the pool game. (B.J. announces it to everyone.) Even though she knows this, she interrupts him when he's about to win and causes him to lose. B.J. is annoyed. But, Stilts has a job for him and that job is our story. 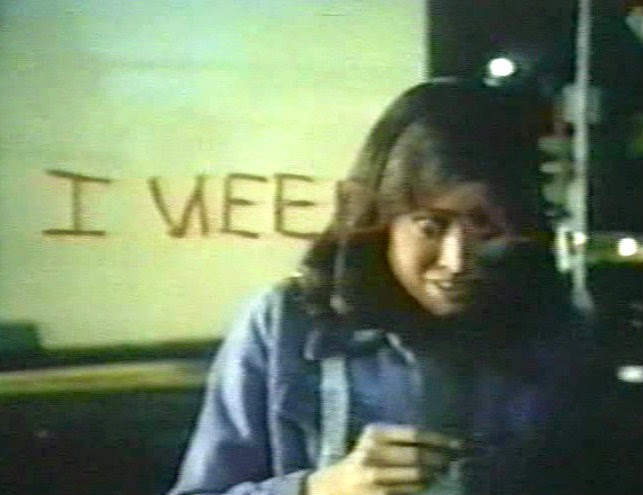 Basically, in Orly County, there are a group of men who kidnap young women for some sort of sex slave ring (the episode is semi-vague about this). They are kept at the house of a man named Perkins. The operation is run by Sheriff Lobo (Claude Akins). The women break out. And, B.J. discovers that he is hauling them to the county line. Lobo has put out an APB on B.J.. He claims that the kidnapped women are "foundlings", orphan babies that Perkins has in his charge. Chaos ensues. Bear shoots a gun. Cop cars explode. B.J.'s rig gets painted yellow. It all culminates with about 20 minutes of chase from big rig to Army helicopter. (B.J. was a Medevac pilot.) 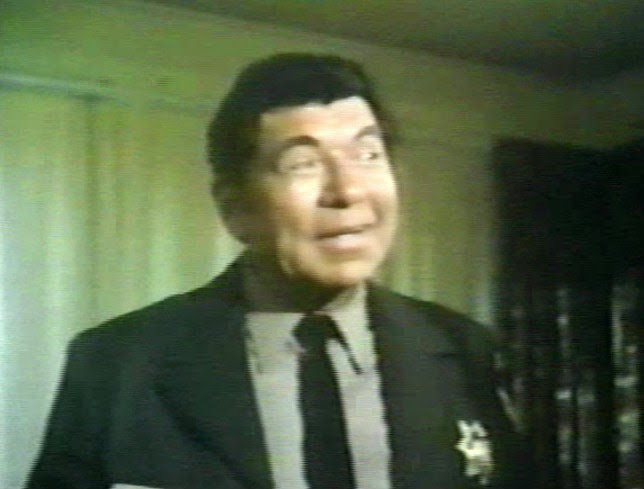 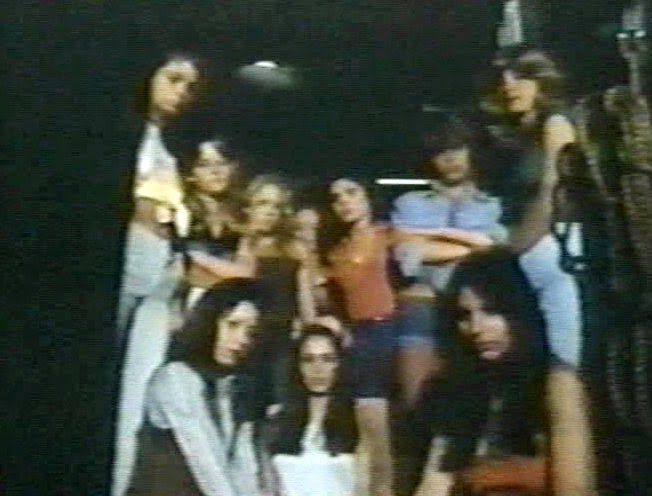 Lobo and the missing "babies"

There is only one bump in the dramatic road for this reviewer: Stilts is annoying. One can understand that she is under a great deal of pressure. But, she overdoes it and becomes sitcom annoying. When she goofs up B.J.'s pool game and then demands his help, she doesn't seem to see what she did there. Granted, she is in a bad spot. But, surely, you'd want to be nicer to the person who is going to help you. And, she does this strange thing where she keeps demanding expense receipts and B.J. keeps forgetting them. I think that's supposed to be comedy. But, at this point, we don't really know B.J. so we don't know if he's bad at keeping receipts or if this whole confusing enterprise is throwing off his normal business acumen. (Certainly stipulating "plus expenses" must means that he knows he has to keep the receipts.) Stilts becomes less annoying in the end. But, B.J. has to pull of some pretty heroic stunts in the rig before that happens. 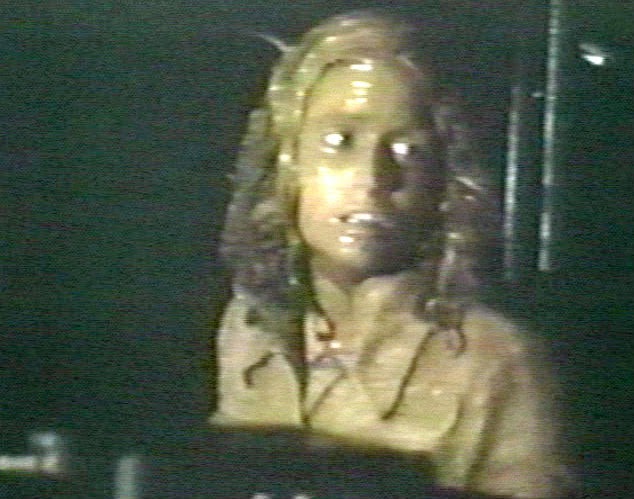 Apart from Stilts, this TV movie really gives out the entertainment. Greg Evigan is great as B.J. He's got a good sense of humor. He's a good friend to Bear. Clearly he enjoys his life and doesn't want a run-in with the law or anyone. He goes against the law (running through a roadblock) for the first time because Stilts is holding a gun on him. So, his first defiance of bad law enforcement is under duress. This act and many others will pile up over the series until every police officer in the United States treats him as some sort of rampaging outlaw. B.J. is also quick-witted and he's able to come up with the good plans when needed. For example, he gets the rig out of some mud in the middle of the night. He paints the rig yellow to throw off the police. And, in a great stunt, he drives the rig up an incline past a roadblock causing lots of police car pileup. The man is good. 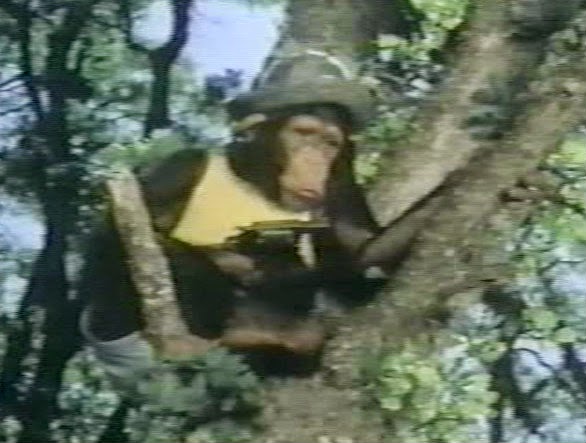 Bear's Got A Gun!

Claude Akins isn't the comedy Sheriff Lobo of the first season episodes or the spin-off The Misadventures of Sheriff Lobo. Mills Jackson's Perkins is not very pleasant either. Although some of the cops are presented humorously, the fact that they are breaking all the rules in order to recapture a group of sex slaves makes this whole adventure somewhat unsavory. And it makes B.J. even more of a hero. After this TV movie (in fact with the first regular episode), Lobo and Perkins will become comedy characters. And more police cars will get smashed up than you could ever imagine. 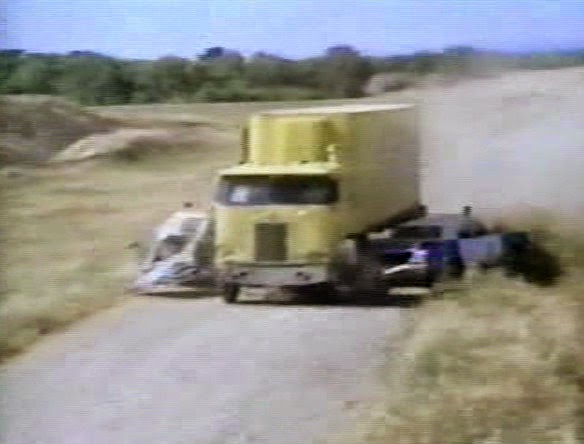 The whole movie has a lovely slowly building suspense to it. The first half (with the exception of the currency run) takes place at night. It just gets darker and darker. Things become more and more desperate. The movie helps itself out by never quite giving us a clear clue as to where the county line is. Once the rig crosses that line, they're safe. But, it seems to be very far away. Then, they throw in the fact that the gals don't trust B.J. And one of them gets very sick and needs medical attention. And B.J. and Stilts have to buy yellow paint in town... One thing after another. Bruce Bilson's name was all over 1960s and 1970s TV. He does a good job. He's sort of the Willian Beaudine of TV. Always professional work with the occasional flourish. 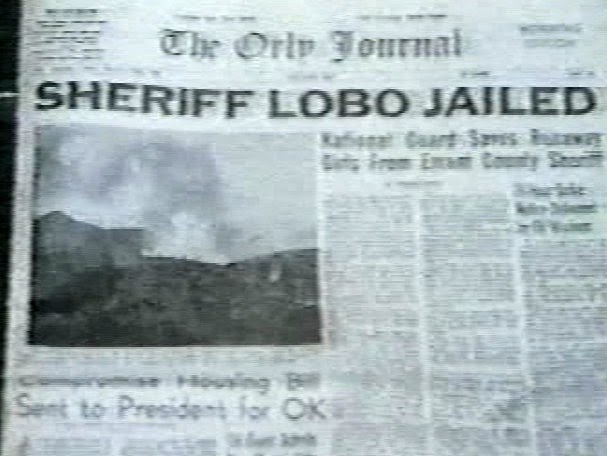 Not for very long...

In February 1979, the show would begin in earnest with a 10 episode first season. And the world would fall in love with  B.J. McKay and his best friend Bear. It all began here. In a darker place but one that was still clearly part of the world that Glen A. Larson created for all of us. The Foundlings is 90-odd minutes of very entertaining, often quite exciting, television. Highly recommended. 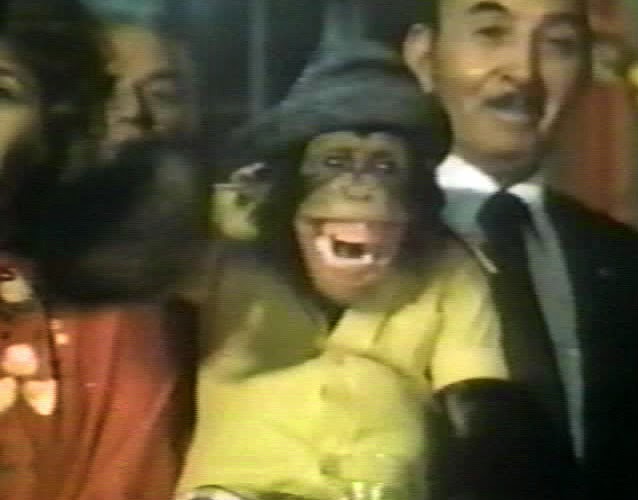