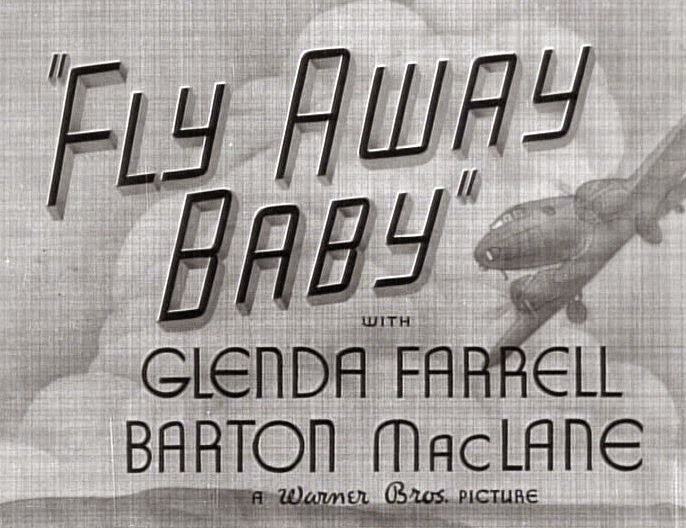 Torchy Blane hunts down a international jewel thief and murderer. With the climax in a zeppelin! That's Our Torchy. Welcome to the second film in the Torchy Blane series, which hit theaters around six months the first one, Smart Blonde. Torchy, McBride and Gahagan are back. This time, in a less concise film that the first one but definitely a more globe-trotting one. 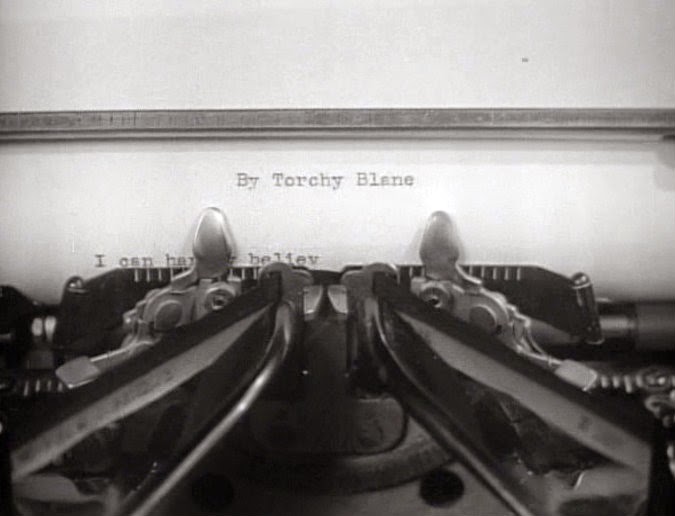 A well-respected jeweler named Devereaux is murdered and a whole mess of diamonds are stolen. All fingers point towards Lucien (Sonny) Croy, the son of the publisher of one of Torchy's rival papers. Sonny goes on a round the world publicity trip. Torchy, along with several others including Gahagan, join them. But, is Sonny the killer? Or is it someone else on the trip? Or is it me? (It's not me.) 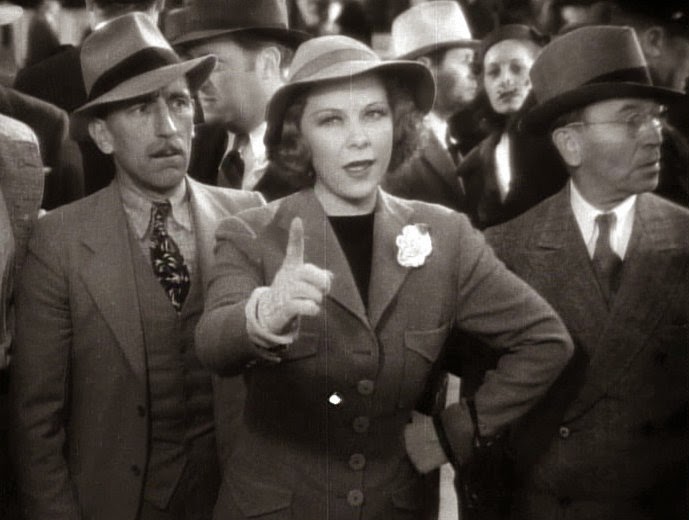 The second film in the series kicks into high gear with a police car roaring through rear-projected streets. In quick succession, the viewer: a) learns that Gahagan is leaving the police force to become a detective b) finds out that Devereaux has been murdered c) discovers that Torchy was going to get a marriage license for her and McBride d) meets Hughie Sprague from another paper and e) meets Sonny Croy, who is, to put it gently, an entitled jackass. 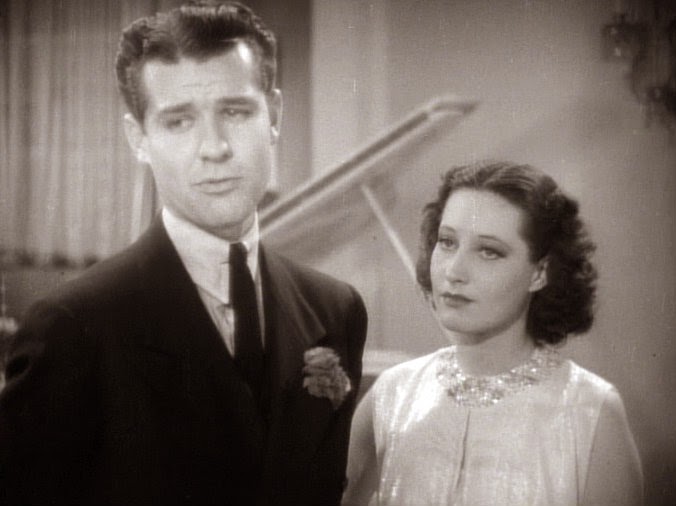 What a jackass. Right?

The investigations begin. Croy seems more and more guilty. A showgirl he was seeing (played by Marcia Ralston who was in Sh! The Octopus, which automatically makes Fly Away Baby a great movie by association) gives him an alibi. But, Torchy isn't convinced. And they all wind up on that round the world publicity trip where Torchy doggedly pursues her belief that Croy is the killer. We also get to hear Torchy pronounce Honolulu as "Ho-no-lu-la." That's the way my grandmother says it. I wonder if she was a reporter at one time? 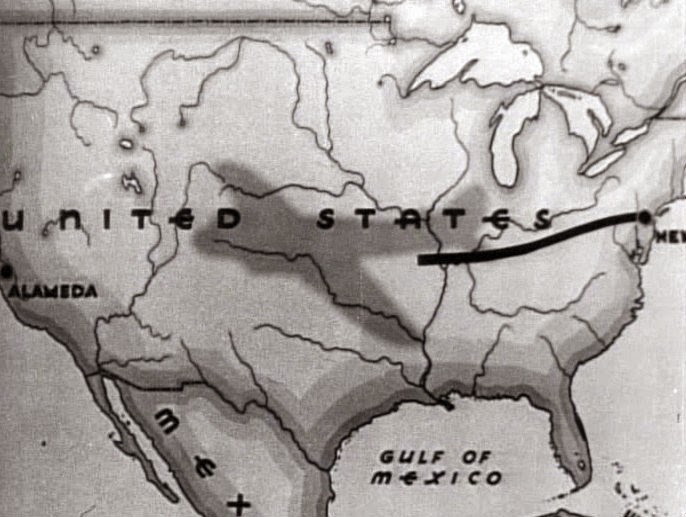 Picture speaks for itself (It's a map of the U.S.)

This film is less of a mystery than the first film. I'm not 100% sure what genre this is exactly but...  it's when things are mysterious throughout. Then, in the end, the explanations fly together fast and crazy. It all makes sense. But, there's really no way the viewer could have pieced it all together. (Giallo films do that a lot.) It's not bad at all. In fact, the big rush of facts from Torchy and McBride as they stand in the hallway of a zeppelin, while a porter stares at them, is quite entertaining. But, it does mean that: if all the plot is going to pour it in the last four minutes, there's going to be some very fast talking. The best example of this is when McBride yells to the killer in the hallway. He's yelling the plot, proving that they know what's up. But, McBride almost stumbles across his words. It's charming. But, the viewer does need to pay attention because the actors are not allowing for pauses. (And, there's a possibility that something important may have been left out. I was previously satisfied that everything got explained. But, now I'm not so sure.) 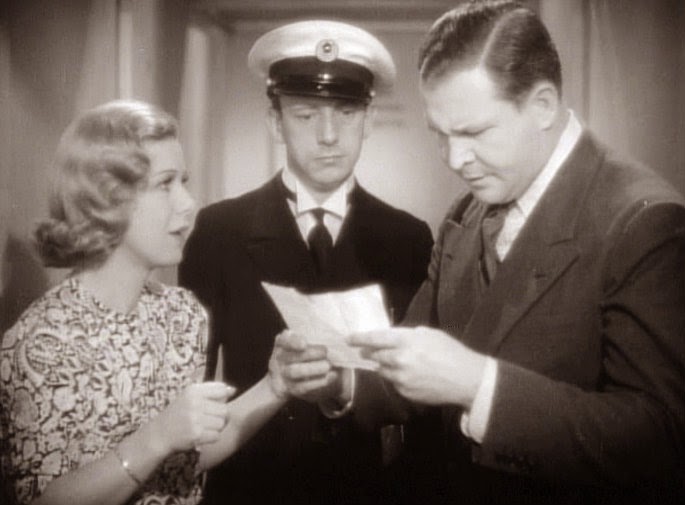 The film itself, while being as much fun as the first one and providing for a lot more variety in location, is rather lopsided. The first 30 minutes consist of the investigation, alongside the slow buildup of the round the world trip. And then the last 30 minutes is the jaunt itself, taking in Alameda, Honolulu, Frankfurt and others. The first half feels like a bit of a repeat of most of Smart Blonde, except Torchy is fairly certain of who the killer is. The second half takes off and might be a little too jam packed for it's own good. 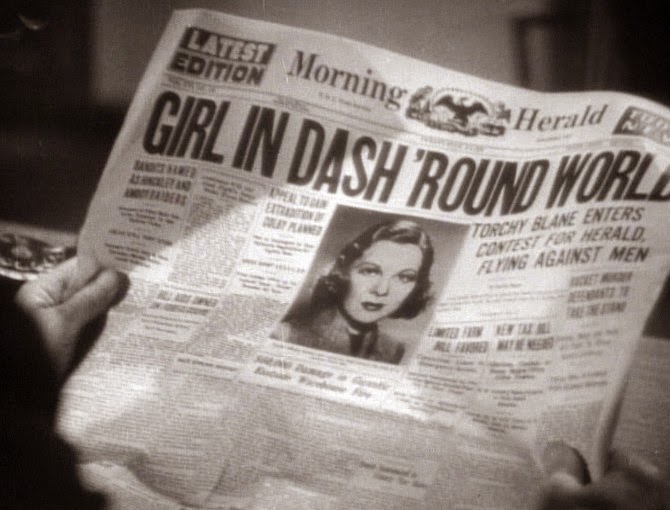 "Flying Against Men" Thanks, Morning Herald.

It could be the round the world aspect that's throwing me off a bit. The first film tossed us right into the world of these characters as if they were pals. Now, they're leaving New York City for half of the film. Usually, it's 4 or 5 pictures into a series before the location is drastically altered. (It's eight movies into the Bowery Boys series before they Go Out West. The Police Academy team didn't hit Miami Beach until Part 5.) It seems a little too soon to me to take Torchy out of her locale. But, one can't argue with the fact that Torchy is cool anywhere. So, I'm glad there is one where this happens. 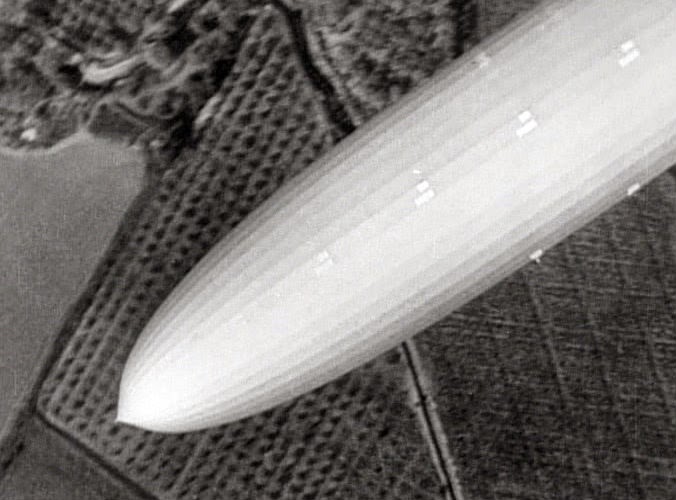 Torchy and McBride are as argumentative as ever and then, when time permits, as charming as ever. Gahagan does branch out as a detective. SPOLIER! He fails. Which is too bad but it's good to have him back. Then, there are the two other main characters: Sonny and Hughie. Possibly what's throwing me off about the film is these two. Sonny is an entitled, arrogant jackass. He treats everyone who isn't him with contempt. And the viewer wants to see Torchy and Mcbride take him down. Frankly, Sonny is in far too many scenes being the exact same jerk in each of them. 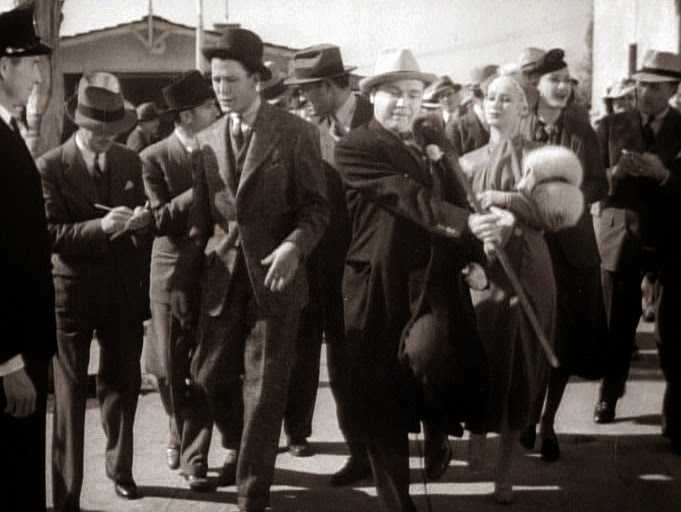 The gadabout is the one with the white hat & cane

Then, there's Hughie. He has a wealthy wife that he doesn't like. And he is what I would call a gadabout or possibly even a gadfly. He gets to humiliate Gahagan in the film so there's one point against him. Plus, he's a wiseacre who never actually does anything amusing. I'm not 100% sure how I was supposed to take that. And, most odd of all, he's never once the suspect for the murders. He's just some jovial fellow who thinks the world of himself and joined the trip. 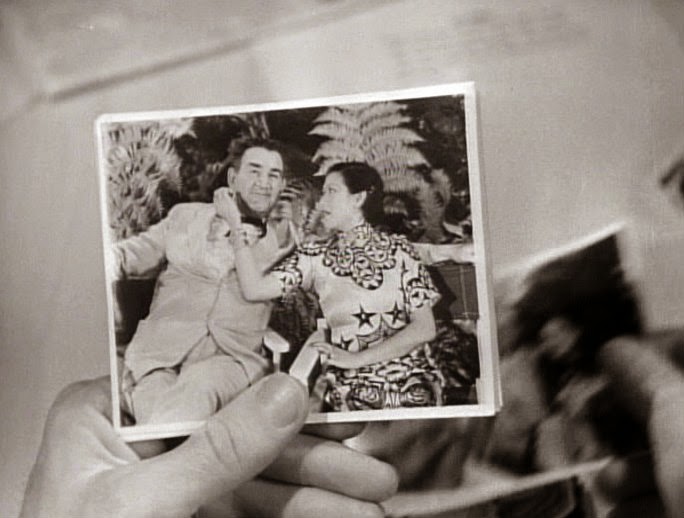 None of these reservations should stop you from watching the movie, though. I do not like Fly Away Baby as much as Smart Blonde. It's a little looser and more diffuse. It has several characters that rub me the wrong way. Torchy doesn't get to be as smart as she was in the first film. And, it really does feel like the writers forgot to include an explanation for the movie's events. Watch the last five minutes and feel the exposition whirlwind blow back your hair. 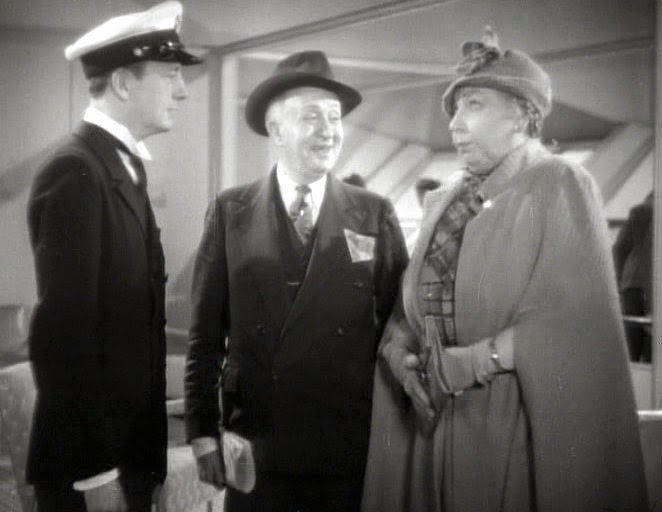 It's Torchy and McBride 25 years down the line!
And German 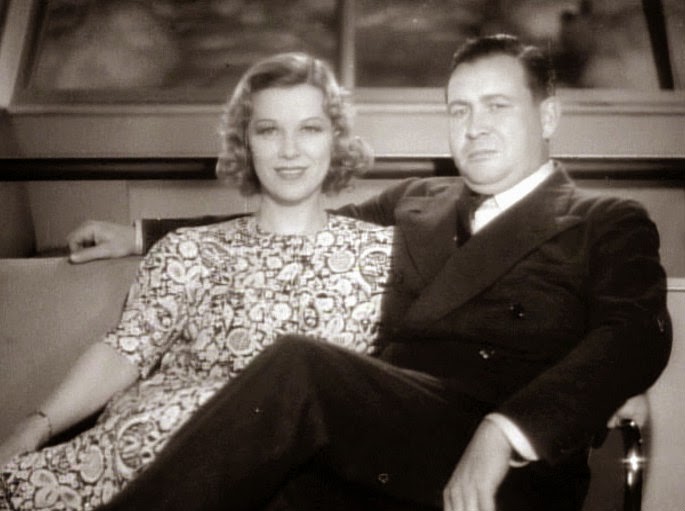 I'm goofing with you. Here's the couple relaxing on a dirigible

I like this movie. But, it's a bit of a sophomore slump. Albeit a slump with Torchy giving it her all, traveling around the world and chasing a man with a gun through an airship. 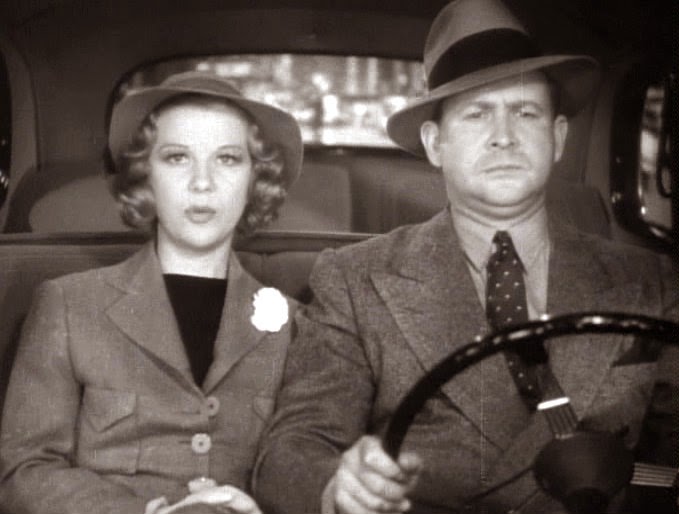 McBride always got tense when Torchy was about to whistle