BJ and the Bear: S2 E18 The Good, The Bad and The Beautiful 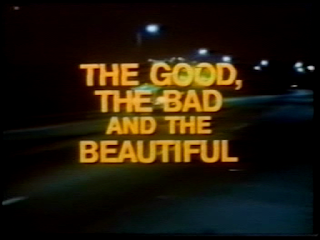 B.J. and Bear are delivering a haul to whatever town it is that is under Cain's jurisdiction. (I think it's in Bishop County.) Night has fallen. The streets are deserted. He meets several very scared young women who tell him about this biker gang that's terrorizing the neighborhood. They are then abducted by the gang and B.J. has to drive his rig through a warehouse wall to save them. The gals escape. B.J. has the crap beaten out of him. (One of the bikers is Bubba Smith! But, he's not as hilarious here as he was in the Police Academy films.) B.J. meets up with Cain and some other people. The bikers harass Bear. There's a huge brawl between the bikers and some motocross guys. Then, it ends. 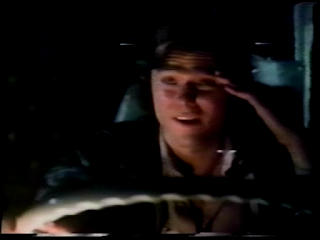 Even B.J. is trying to remember what happens
in this episode

I think most of what I typed there is correct. The problem with this episode is that I cannot remember a damn thing that happens in it apart from some bikers, Cain and... that's about it. Either it is a completely forgettable episode or I'm having some memory issues. Actually, I take back some of what I just wrote. I had utterly forgotten that Cain was in this. I thought, by this point in the season, there were no more reoccurring characters in this season. I was wrong. I would have preferred Janet Julian. (She's still in the credits, though.) There is some nice continuity here (which I'm surprised I remembered). 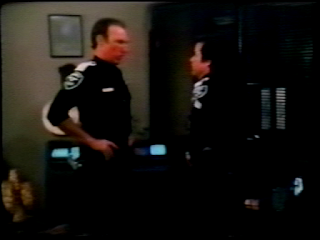 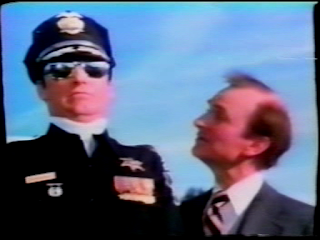 Do you guys hear goofy music whenever we're onscreen?

Cain and B.J. meet up. B.J. thanks him again for his help during Silent Night, Unholy Night. Cain asks if he'd seen the lady again. "Not since Christmas Eve." Sigh. I always worried that B.J.'s journeys might be aimless ramblings. The addition of Country Comfort brought some stability to him. But, he's not returning there. At least, we don't see him returning there. Now, he, once again, is a guy tooling around the country, loving the ladies and leaving them. For some reason, I was hoping he'd meet up with the ladies more than the one time we see. But then, the gal at Christmas was married to Ted Danson. There's only so much you can do. 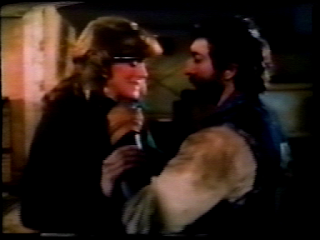 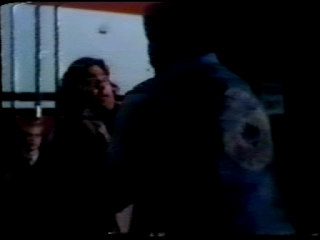 I remember this happening. 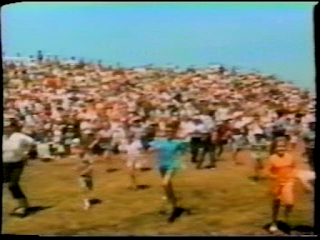 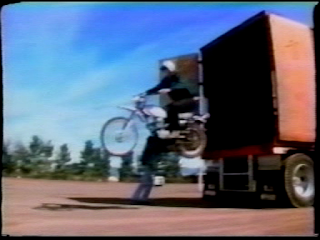 One of the things I do remember about this episode is the strange dichotomy of the early, rather dark, biker scenes with the Cain scenes. B.J. driving down the dark (studio back-lot) streets mixed with the bikers and the frightened people gives an eerie foreboding to those moments. (Did I mention the bikers are also rapists?) Then, we cut to Cain and his frazzled auditor and the wacky music kicks in! All tension is drained and suddenly the show is all comedy, all the time! But, B.J. gets the crap kicked out of him! That shouldn't be treated lightly. I think this show might be losing the thread. After the big mistake of the last episode, this lapse in judgment regarding the appropriate tone for this one is worrisome. 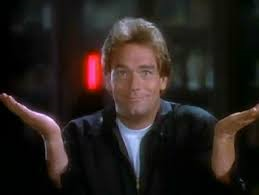 Wait! Huey Lewis wasn't in this episode.
Was he?

Actually it would be worrisome if I could remember more of the episode than that. To be honest, I just flipped through the episode and when I saw the final fight between all those guys on bikes I thought "That's how this episode ends? Why don't I remember that at all?" Oh well. They can't all stay in the memory. Maybe my mind is full? We'll see how the rest of the season goes. 3 episodes left! 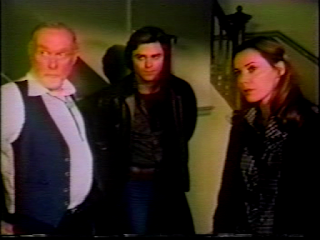 Hey! That's not even from this episode.
Or is it?

Oh, I'm sure the title makes sense in the context of the episode. I have no idea what it has to do with anything, though. 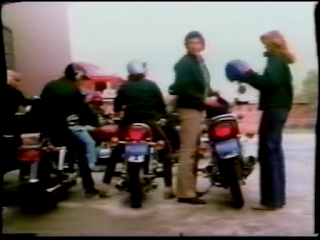