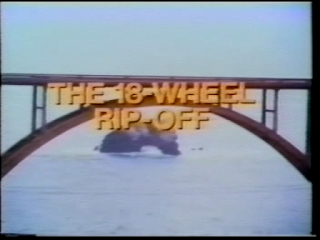 I'm going to Carolina in my mind...  again. Frankly, my mind's getting a little bored with that place. Plus, I've got a peaceful, easy feelin'. Also, I want you to roll, roll, roll Mother Trucker. (Ugh.) Yes, this episode begins with Bear rifling through B.J.'s 8 tracks and throwing in cartridge after cartridge. We make a quick pass through the soft rock sound-alikes of the season. B.J. is talking about going to see a war buddy after delivering their latest load. And, I thought, "Uh oh. This might go the same place about 12 of these episodes have gone to. Please, Season 2, don't wind down ignominiously." 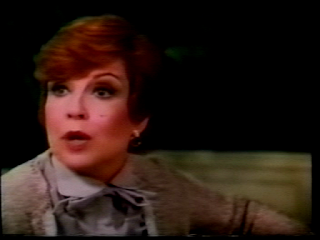 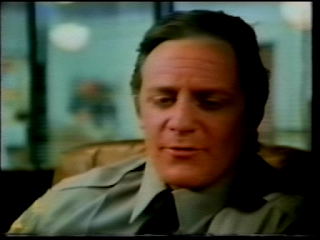 Then, we meet the Evil Sheriff Cordell and a lady named Mama who works out of a disco. (Disco Inferno!) And, Cordell sends his force after B.J. because one of his best friends was McCandles from Silent Night, Unholy Night. A rookie female cop arrests him. B.J. is hauled to jail, left to sit for a bit and then set free. It was all a ruse. Cordell and Mama are running some sort of car theft ring. And...  they steal B.J.'s Rig! So, B.J. with the help of his Vietnam Vet friend (Rooster?) goes undercover to get the rig (now painted black) back. Will he get his rig back or will he end the season on a 10-speed with a chimp? 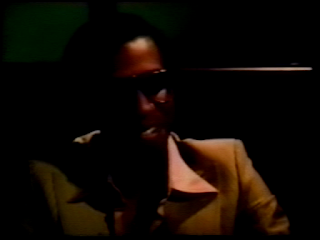 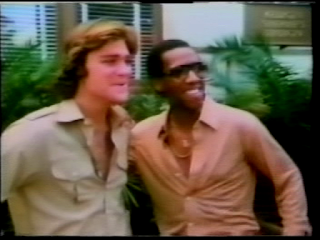 B.J. has the coolest friends

This was the exact same sort of episode we've seen over and over and over. However, I don't know if I'm feeling super whimmy (whimmish?) or what...  But, I LOVED THIS EPISODE! It's so much fun. It does everything that I love about the show. It's got some good evil folks. (Cordell even has a catchphrase: "Thank you kindly." Remember when that caught on?)  It's got some Bear shenanigans. It even has a close-up of a Fake Bear hand manipulating the 8-tracks. It's got B.J. going undercover as Bill MacDonald from Gary, Indiana. (I love the wacky music playing when he's getting a fake I.D.) B.J. spends a lot of time schmoozing that police lady. It's got crosses and double crosses and triple crosses. (Actually, it might not have a triple cross. I'm not fully sure what that is.) It's got a great big rig/ car chase at the end. It's got a hell of a fight along a cliff edge. Plus, it's got disco! Everything is here. And it's all mixed just right. 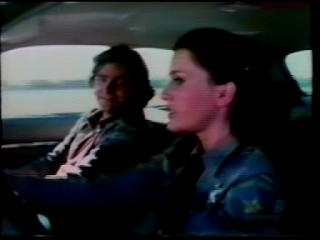 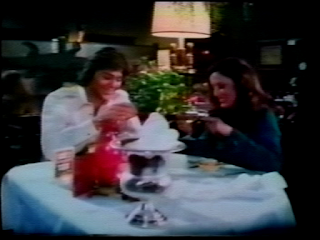 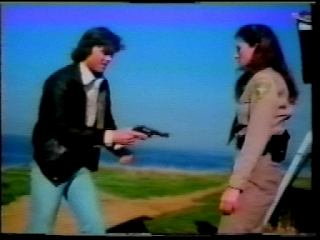 Shootin'(?)
Don't do it, Bill MacDonald!

There's a possibility that I enjoy this one so much because it brings back the Bad Sheriff (linked with another Bad Sheriff) template that existed when Lobo was here. Although, are there Southern Sheriffs all around the country? B.J. is clearly at a coastline here. He mentions that he is going to Country Comfort after visiting a friend. And, I'm fairly certain that we established that joint is more West than East Coast. (It's nice to hear Country Comfort mentioned again.) So, why is there a Southern Sheriff on the West coast, presumably CA? Should that question not be asked? 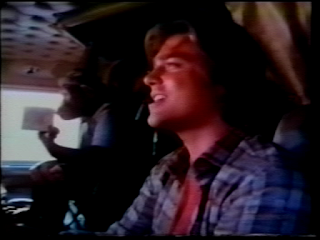 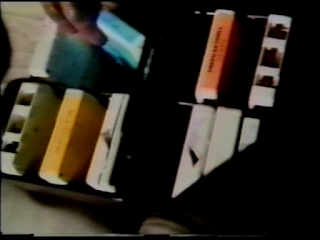 There's not much to critique in a BJ and the Bear episode that works. It's straightforward, charming entertainment. This one probably really wins because it ties in with all those previous Bad Sheriff episodes and the focus of the problem is around B.J. himself, which is always awesome. Spoiler: He saves the day and gets his truck back! Now, he and Bear are going on vacation to Miami. He's going to visit another Vietnam Vet buddy...  and that episode will close out the season. Good luck, everyone. I'll see you all at that review. 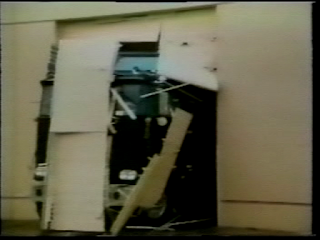 He does this a lot during Season 2 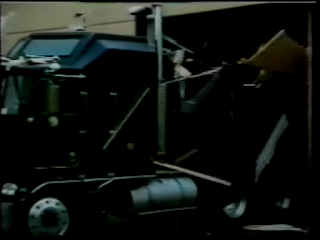 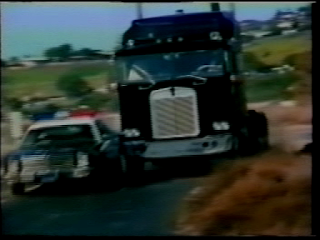 Don't worry. He paints it red and white again