BJ and the Bear: S2 E15 Through the Past, Darkly 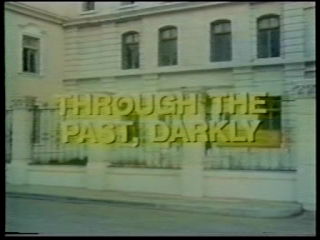 A woman named Pamela escapes from a mental institution. She is there for a psychiatric evaluation after being accused of murdering her husband. She winds up hitching a ride with B.J. and Bear. She is very nervous, very furtive. Not only are the police after her, there are also a series of goons who may be involved with a local bigwig who builds dams. B.J. is a little wary of her at first. But, eventually, he believes her story that she did NOT kill her husband. The two of them set off to clear her name. But, there's another killing...  and the police and the goons are drawing closer. Will Pam and B.J. find the proof they need in time? 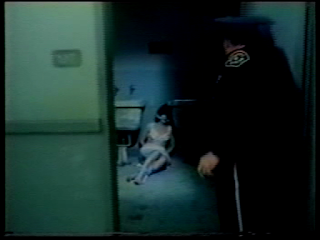 Well, this took a dark turn.

I'm not sure why it took five people to write this episode. It is nothing but a rehash of previous episodes. The bad guy's overriding plan is, more or less, from Silent Night, Unholy Night. The "woman on the run with B.J." plot is from several episodes, including Deadly Cargo. There's a new cop nemesis introduced but this one is actually a good cop. (Plus, he's not Southern.) There's the small town with the rich guy who seems to run everything, from Crackers. The writers have picked and chosen some of the highlights of the show. And, lucky for us, it results in a good episode. 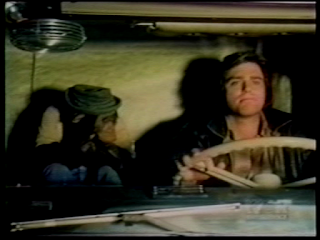 Where's the crazy gal we're picking up this week?


Judith Chapman who plays Pamela is probably the biggest plus here. She really sells the fact that she might be a crazy murderer early on. From a wild look in her eye to threatening B.J. with a butter knife, it's a pretty intense performance. Greg Evigan, slyly enough, ups his game and matches her. Sometimes he can be a bit of a chameleon kind of actor. He blends into the acting style of who he's onscreen with. In the previous episode, Siege, when he's in the cab of his truck talking with the mercenary, he matches the mercenary's style, which is low-key bordering on snoozy. Here, however, he keeps it strong. Alternating between the scene where she almost snaps and they get to yelling at each other to the moment when he sees her picture in the paper and laughs, saying "Hey! It's you," Mr. Evigan brings B.J. back to life after a few lackluster episodes. 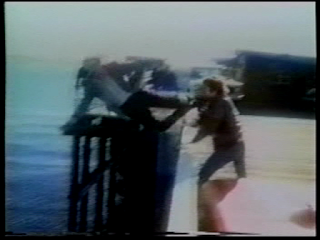 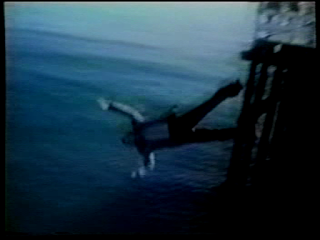 Whoopee!
When stuntmen get overenthusiastic

Plus, B.J. and Pamela really sell the detective work aspect. Slowly, logically, piecing together who could have killer her husband and why. Also, the episode does a mystery trope that I normally dislike but that works here. When B.J. goes to the scene of the second murder, he is introduced to the Dam Builder. The Dam Guy threatens to pull B.J.'s ticket (so B.J. can't truck anymore) almost immediately. That has happened so many times in the show. I just rolled my eyes and thought "Another one of these jerks." It wasn't until a few moments later when B.J. says "How did he know I was a trucker?" that I thought "Hey! They got me!" Well done, Five Neat Guys. 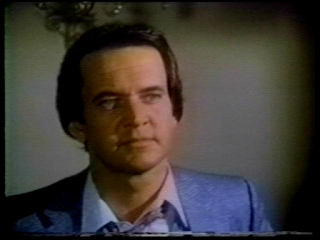 I build dams. And yes, my head is shaped like the
Frankenstein monster's head. 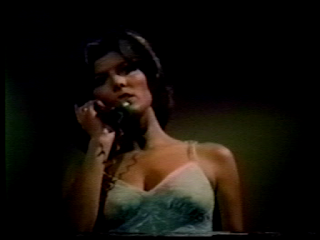 Yes, that is my beautiful wife.

It's helped by a pretty awesome ending set at a closed down amusement park. First, B.J., Bear and Pamela hunt for evidence in a spooky funhouse. Then, the final fight with a goon is on a Ferris wheel. A giant, moving Ferris wheel. And it's so good! Great stuntwork. I love folks hanging off of things and this is some great Hanging Off OF Things stuff. 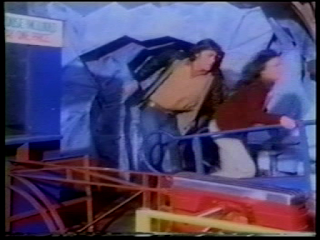 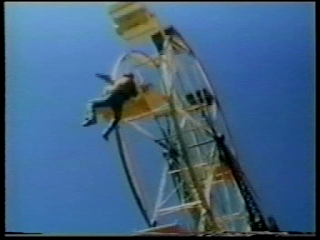 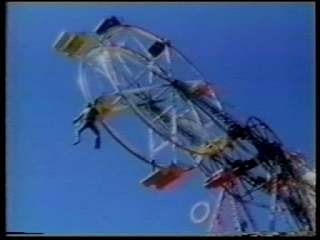 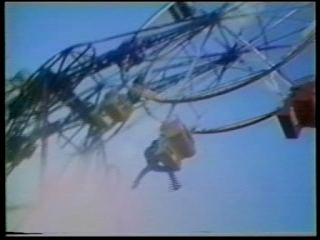 From the Funhouse to the Ferris Wheel

The final action scene is followed by Pamela being set free from the aslyum and watching B.J.'s rig drive away. Her final line: "I do love you, B.J. McKay." We all do, Pamela. We all do. Then, after this rather lovely, kind of moving, ending, they give us another ending. B.J. and Bear decide to not help an attractive woman whose car has broken down. One ending too many? Sure. But, it happens. 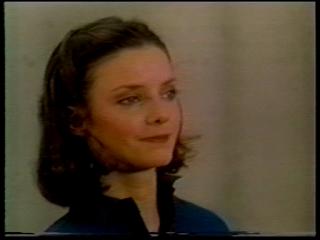 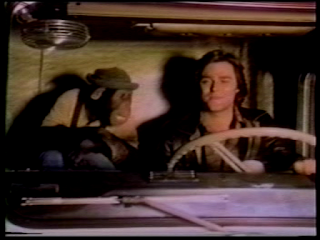 Through A Past, Darkly is a very good episode of the show. Thank goodness, I was getting worried for a while there. It does pretty much step forward and say "We are completely out of ideas" but it's OK. Here the recycling works. Let's see what the future holds. 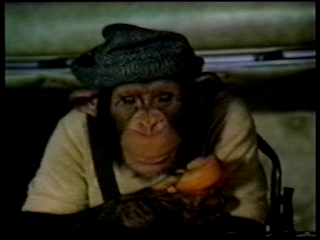 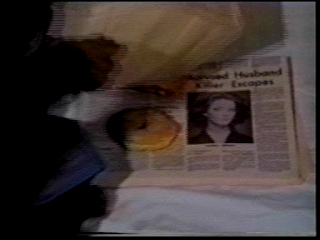 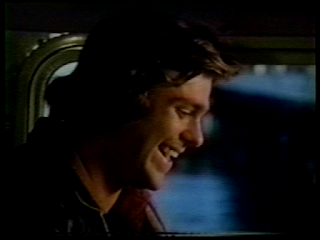 1) Why is the waitress at the diner so rude? She goes from friendly to mean in seconds. I can't figure out why. Jealous that Pamela is with B.J., maybe? Could her rudeness be part of the diner's charm? "All the truckers go there to have Sally Ann razz us." 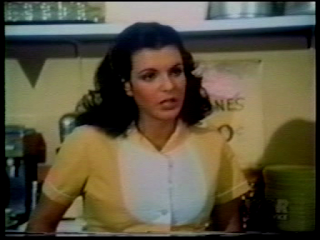 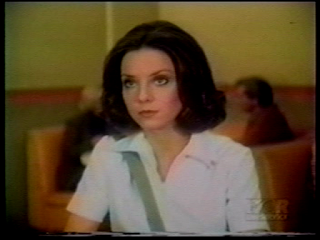 You know, you're not getting a tip, right?

2) A fun moment. B.J. is in the motel bed. Bear is sleeping in a drawer. Pamela is combing her hair in the bathroom. A news bulletin about her starts. No pictures of her. Just the anchorman's face. She rushes in and turns off the TV. Then, she looks over at B.J. He's asleep. Pause. ...She looks at Bear. He's asleep.

Pamela, why did you look at Bear? 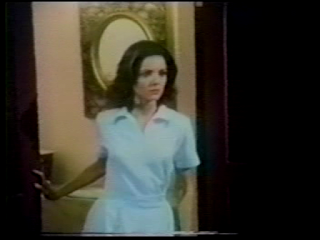 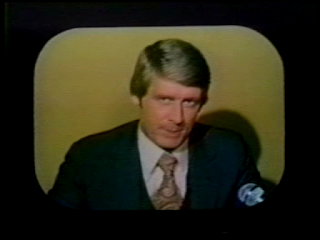 Have you checked your chimp lately?