BJ and the Bear Series Recap

BJ and the Bear was the perfect mélange of pop culture elements that the end of the 1970s were offering us. (Whether they were the best elements or not is your call.) Good looking truckers with chimps listening to soft rock (and sometimes disco) travelling the country helping people out, romancing pretty ladies and fighting (mostly) crooked law enforcement. The initial TV movie The Foundlings is very well done. Possibly one of the absolute best things that Glen A. Larson was ever involved in. Then, there was the series. 3 seasons of BJ McKay and his best friend Bear. My individual reviews cover pretty much everything I had to say. I just wanted to do a final recap before we put the boys to bed. 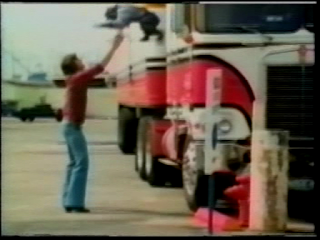 Season 1 is quite wonderful. It starts off with the return of BJ's nemesis Sheriff Lobo. He comes back two more times, with the final episode of the season being a backdoor pilot for his show. Throughout the rest of the season, we get variations on the basic formula. Some serious, some silly, some rednecky, one of them scary-ish. This block of episodes isn't perfect but it is very good. A few of the problems I can think of: Never Give A Trucker An Even Break is over-complicated. There are too many things going on for its own good. Crackers peaks with the Ferris Wheel rescue about halfway through. The rest of the episode is bland in comparison. A Coffin With A View is lots of fun but no one bothered to write the final third or so, which is unfortunate. Apart from these small peeves and maybe a couple other things, the season works very nicely. This is a world worthy of continued exploration. 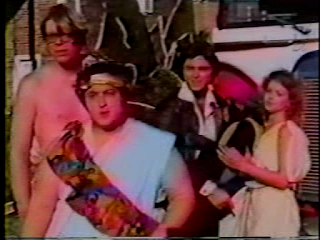 Those were the days

Season 2 is the only full season of the show. It has its definite high points. But, it also shows that the formula of the show already is wearing a bit thin. The producers may have known this, which could be why they introduced Country Comfort. A truck stop with semi-regular characters that don't appear in every episode but show up every once in a while. It's not tying BJ down. It's giving him some friends. I think it works. (Janet Julian, ahoy!) However, they get rid of it about halfway through the season for whatever reason. The episodes themselves are an uneven lot, as many hour-long shows of this time where. (It was a rare show from around now, like say The Rockford Files, that could come up with extended, consistent runs of excellent episodes.) The opening two-parter introduces a ton of characters, brand new police nemeses and a whole slew of plots and subplots. It's all a bit much. I like some of it but there are parts that I find confusing bordering on incoherent. 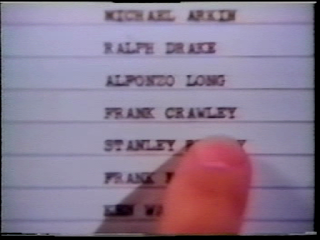 Gosh, remember that...
Whatever happened to Michael Arkin?

Then, there are quite a few wonderful episodes. The Christmas episode. Cain's Son-In-Law. The Run For The Money three part crossover. (That has a slew of characters and lots of plots and subplots but gets it right.) The two fun episodes with the lady detectives. And others. (Check out the reviews to see what I liked and didn't.) The season gave us not only Country Comfort and the detectives but Pogo Lil in two episodes. Not particularly good episodes but still...  Then, there were the rather non-descript episodes like the one with the elephant or the dull Fly A Wild Horse. Then, there's BJ and the Witch. I've said my peace there, though. Overall the season is worth watching. But, by the end, when BJ goes on vacation, even he seems to be saying "This format/ formula is pretty much worn out." 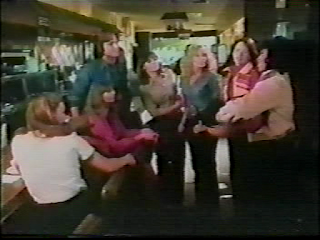 When it's time to change...

So, Season 3 gives it a change. Unfortunately, not the best of changes. They took the best parts of Country Comfort, put it in a boring disco and an office and grounded the show. If you want to talk too many characters, this is the season to go to. It all could have worked though. All it took was one of the writers to step up to the plate and write an episode that declared "This is how this new format should work. This is how we make it good." But, no one seemed really interested in doing that. Maybe it was fatigue. Maybe the cancellation writing was on the wall. Maybe nobody liked the format. The season isn't a bad one but it isn't stellar. It feels rather tired with only a few moments here and there that perk up. 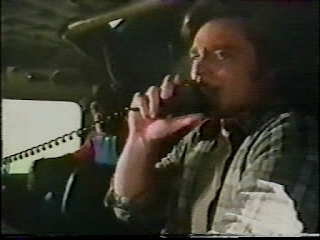 And that, my friends, is BJ and the Bear. All my thoughts on it. I'm worn out. Is it a good show? Certainly. Is it a great show? Well...  at times. At moments. But, I think such a conglomeration of topical pop culture elements isn't really something that goes for "great." I feel "entertaining" is what they were after. Is this show entertaining? It sure is. It becomes less entertaining as it goes along but never fully abandons its remit. Although, some of the core elements are looking Pop Culture Stale by 1981. I'd say check out The Foundlings. It's very, very good. Give the first season a try. From the second season on, you may want to pick and chose. You may try watching it in tandem with Lobo. That might do something.

I think you should give the show a shot. It's made me happy and I hope you all have enjoyed the reviews. If this were an episode of the show, Bear would suddenly appear at my computer dressed like me and there'd be a freeze frame. 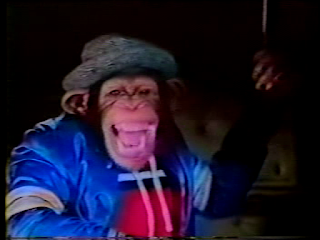