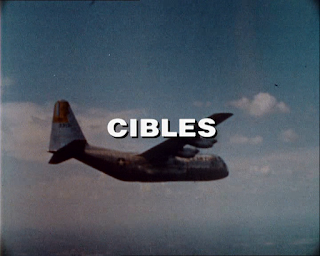 Abby is only here in the opening and the closing. Take that as you will.

Sam is sent behind enemy lines. (Somewhere in Estonia via the San Fernando Valley.) A British scientist, Dr. Valerie Dawson, wants to defect to the U.S. But, she has a daughter, Nina, who is an archery champ and doesn’t want to go. The scientist also has a “handler” named Victor who keeps a close eye on her. The “handler” is also Nina’s archery coach. (Yes, there is Archery Action in this episode.) Sam sneaks into Estonia quite efficiently but that darn Nina (who seems to have a crush on Victor) causes problems. In the end, mother and daughter get closer together through adversity and Sam turns invisible a lot. 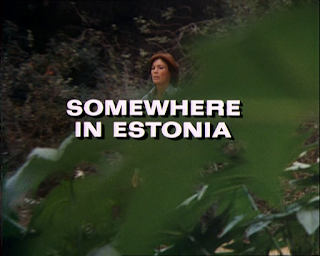 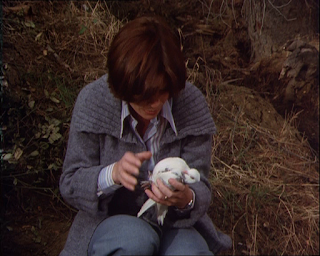 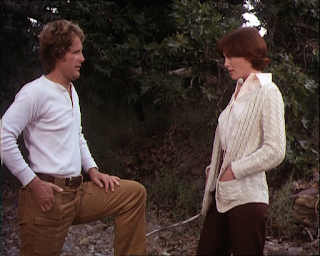 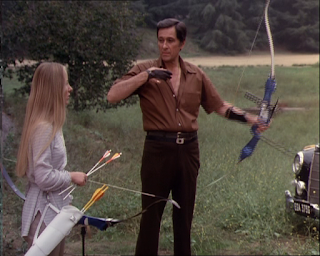 This episode is the sort of thing that I thought Gemini Man was going to be from the start. Superspy Sam sent everywhere to use his invisibility powers to protect the Free World. But, the show Had Been something different than that. The stories felt less impersonal and more like Intersect was a cool gang that we were hanging out with. I liked that show very much. In the last four episodes (with one semi-exception), that show is gone. Super Sam the Super Spy is now here! Leonard is still here. He gets to ride in a helicopter. Unfortunately, as mentioned, Abby doesn’t fit in here, apart from briefings and debriefings. Oh well. 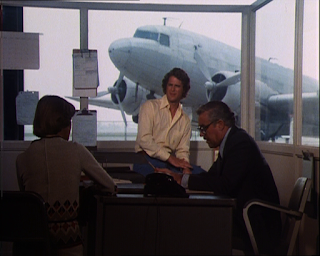 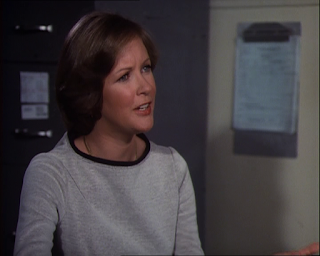 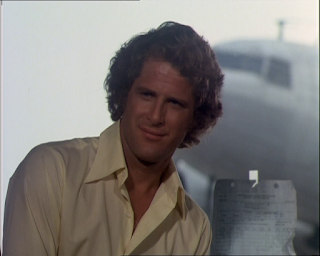 The first time I watched this episode I was very disappointed. What was hinted at in the previous episode was now reality…  this is a generic action/ adventure show with an invisible protagonist. For this review, I watched the episode again. Wonders will truly never cease. I quite enjoyed it. I’m not sure I would have stuck with this show beyond the remaining episodes if it had stayed like this. However, I had fun watching Targets. 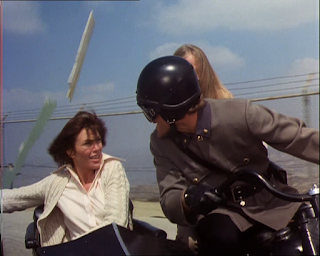 Action!
(Check out the debris in the background.) 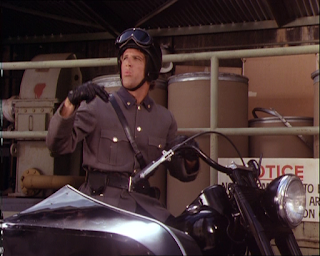 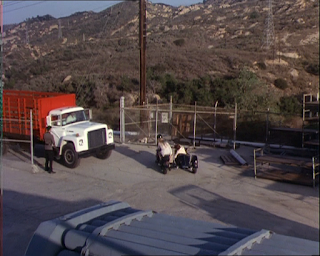 The scientist, the daughter, the coach: they’re all OK. Nina starts off annoying but improves. Dr. Dawson starts out condescending but that wears off. (And why be a jerk to the guy who just crossed enemy lines to rescue you? Adjust that attitude, lady!) Victor starts off scary and then becomes sleazy when he seems to semi-encourage Nina’s affections and then becomes scarier when he realizes what is happening. Dr. Dawson has a semi-nobel reason for what she’s doing. She was on our side and developed a biological weapon that she realized was too much for one side to have alone. So, she went over to the other side to give them the weapon so things would be even. But, things in the totalitarian nation aren’t so great and she wants back.
An invisible man drops a border barrier on a guard's head 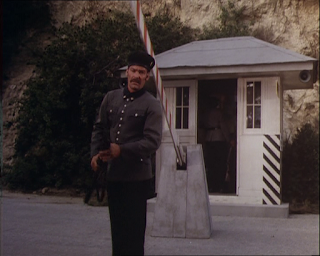 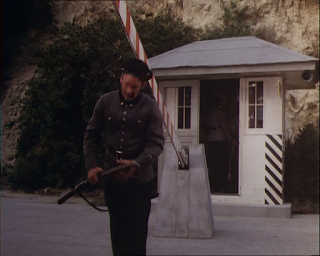 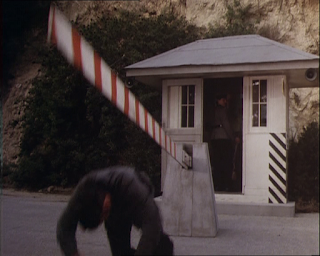 If that ain't fun, I don't know what is
﻿
Sam is at his best in this episode. Using his invisibility quite often (almost abandoning the 15 minute thing) and pulling off little coups of escapism and fun. Plus, he’s congenial and charming and then pissed when the scientist is rude to him and the daughter threatens everything. We don’t normally see Sam angry and the look on his face when Nina is being whiny is great. He wants to help but he doesn’t want to be captured. Hey, if they take off his DNA stabilizer, they will learn a very big secret about him! 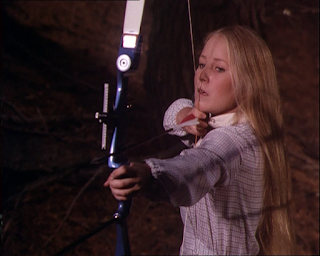 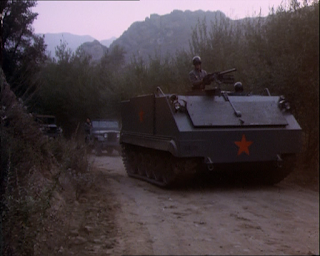 I’m glad this episode surprised me. It’s basically one long rescue mission and it works. It may take some time to work past the clichés of the characters. But, as long as one keeps their eye on Sam and lets the ride carry them along, it works. It’s good. Again, this surprised the heck out of me. Maybe I’ll love the rest of the episodes as much. And then I’ll really be sad that we only have 12. But, very grateful that they are available. Life is pretty cool sometimes. 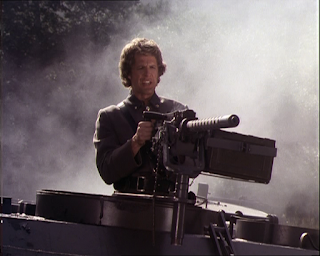