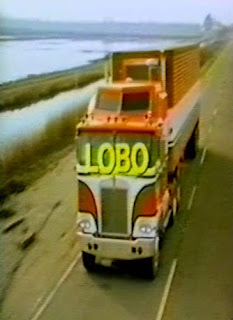 Originally aired on May 5, 1979
Written by Glen A. Larson
Directed by Bruce Bilson

Mr. Larson and Mr. Bilson return to round off the first season of B.J. and the Bear. B.J. returns to Orly County and is promptly arrested. But then, things start to get a little weird. Apparently, the bank manager guy from Lobo's Revenge is building a faulty dam for the County. (Where is his house exactly?) And, against his better judgment, Sheriff Lobo and Perkins plus a new, younger, hunkier deputy have to stop it. Look out! Don't let that Backdoor Pilot hit you in the ass on the way out of the season. 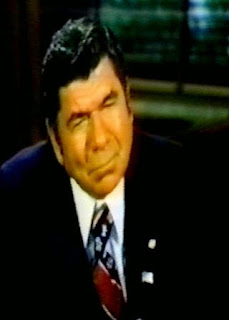 Yes, this is a Backdoor pilot for The Misadventures of Sheriff Lobo, which would premiere in the fall of 1979. Sadly, apart from 2 episodes of Lobo's show that crossover with B.J. and the Bear, I haven't watched it since childhood so I can't comment on the Lobo aspect. The episode certainly puts everything in place for the show as, at the same time, it gives B.J. very little to do and writes out his main nemesis. Greg Evigan looks very comfortable hanging out in the jail cell as beautiful disco roller skating waitresses bring him dinner. (A dream of mine that I have not yet fulfilled, minus the jail cell.) B.J. gets an entertaining subplot about Lobo trying to let him go free but the new Deputy, Hawkins, keeps re-arresting him. But, mainly, this is Lobo's episode. 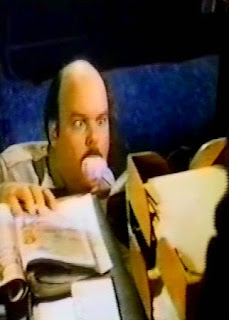 Claude Akins is great. Isn't he always, though? One can see exactly how this would lead into the series. It's sort of an "If Boss Hogg and Rocsoe P. Coltrane had their own show, with Enos, and they were made nicer" kind of thing. Perkins is as goofy as ever. He gets to flop around on roller skates and you can imagine the High Hilarity involved. Deputy Hawkins's twist is that he believes Lobo is a good man and not a crook. So, that's fun. Whether this a show I would have watched every week, I couldn't tell you. I definitely watched B.J. and the Bear. Not so sure on Lobo. 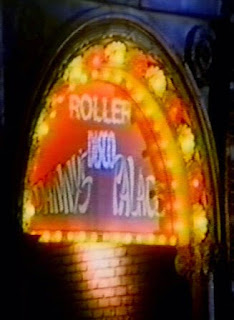 Then, one must ask the question: Is this a good episode of B.J. and the Bear? Well, the line between a "good" episode and a "bad" one can be pretty thin with this show. And this one is OK. Not much B.J. That kind of happens sometimes, though. And, we'd been prepared for the Land of Orly during the previous Lobo episode. So, it works out fun (and fine). B.J.'s initial scene at the Truck Stop Weigh Station (with Bear not wanting to drink soda because he prefers beer) ties in nicely with the Mystery of the Dam. Hawkins makes a good initial appearance. There's a disco. There's a dam. What more could one want? 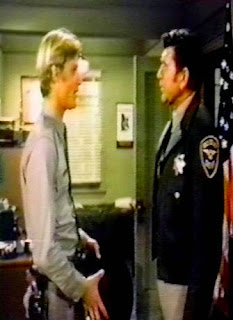 I can think of two types of Backdoor Pilots and I'm not sure which type is weirder. An established show doing a backdoor spinoff for a show we all know and love. (Like Diff'rent Strokes to The Facts of Life.) Or an established show failing to spinoff a show. (Green Acres to The Ex-Secretary or Hawaiian Honeymoon). When watched in syndication, they always feel odd. Especially without the context of the show we're spinning to. And seeing our main characters so little used is weird. B.J. and the Bear gets two backdoor pilots. This episode and one from later in Season 2. (No, I'll surprise you.) The second one came to nothing. They're strange episodes of TV, littered across our Pop Culture history. 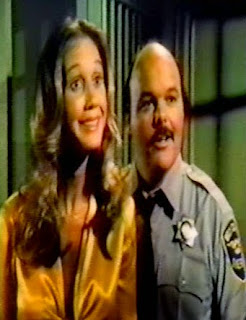 This reminds me of my Junior Prom photo

And it is the way the first Season of this fine show about a traveling man and his chimp friend ends. For Season 2, the show would get a full run of episodes. B.J. would get some semi-regular friends. He would also get something close to a home. Plus-- lots of fights, car chases, beautiful women and more Drunk Bear! It'll be fantastic. 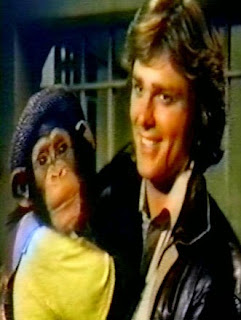 Freeze frame
Over & Out!