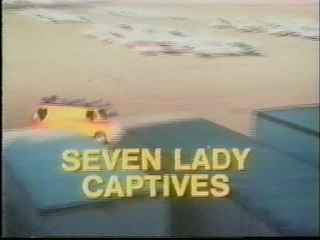 In today's episode of lighthearted "comedy" show BJ and the Bear, Captain Grant arranges for the Seven Lady Truckers to be kidnapped by a Mexican drug cartel. They will be flown to Mexico where they will harvest some guy's marijuana crop and then they'll be shot and killed. How is BJ and his best friend Bear going to get the ladies out of this? And isn't it time to bring back that old couple, the Tiptons, from a few episodes ago? 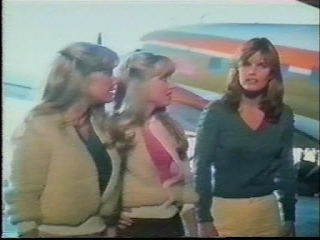 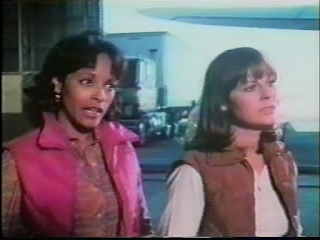 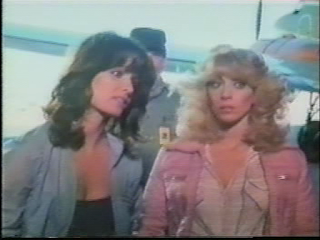 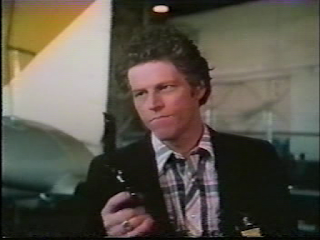 My opening statement: Mexican Drug Cartels as entertainment soured with me about halfway through Breaking Bad. If I encounter a Mexican Drug Cartel in a movie or TV episode, I will skip it. They long ago stopped being entertaining or even remotely interesting to me. But, for completion's sake, I watched this episode of BJ and the Bear. 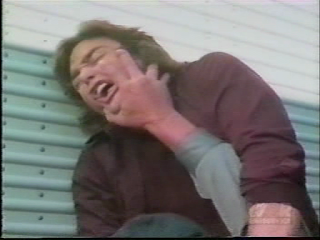 I'm not good with big hugs 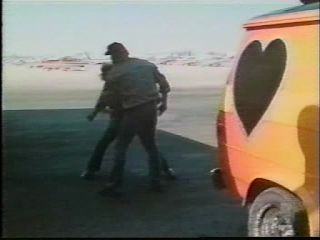 ﻿
Your van is fabulous
﻿

"The impossibility is your specialty, B.J." - Hatsie 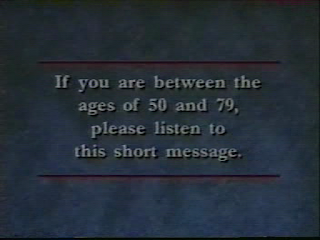 Well, she's not wrong there. But, oh boy! The tone of this episode. It's off from the get go and just gets weirder. The ladies arrive at the airport. They are immediately put on a plane at gunpoint. They go to Mexico and are suddenly on this compound-like ranch to harvest weed. That's terrifying! Seven attractive women are kidnapped and taken to the middle of nowhere in a foreign country...  with drug runners! And, the fact that Grant arranged it is extra gross and sleazy. Oh, did I mention one of the guys (they're almost all white) at the ranch is pretty rapey? This is dark stuff. 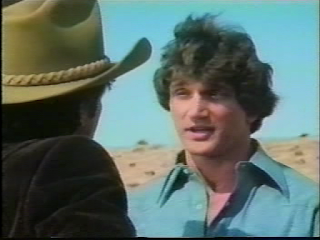 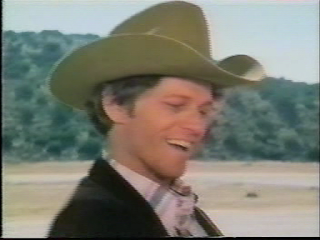 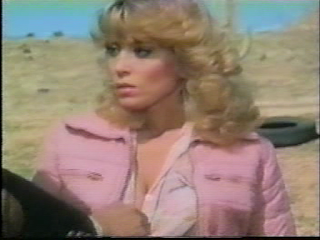 And yet, BJ is having one hell of a good time. Once he arrives in Mexico, he seems giddy or something. He laughs a lot at things. He's having a kickass vacation! He gets to plan a siege on a ranch! It's fun. It's what he does. He meets a priest who helps him out. (The village where the ranch is located is deserted, thanks to the cartel.) He also meets the priest's niece Dolores and they enjoy one another's company. (Wink wink.) When BJ and her are scoping out the compound, they laugh and smile a lot. All the while the ladies are being forced to harvest a crop of pot under threat of death from any number of assault rifles. 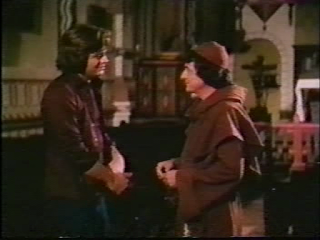 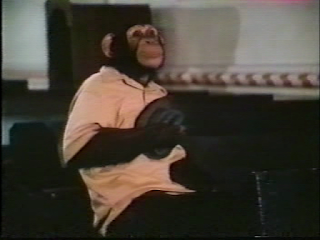 A priest, a trucker and a chimp walk into a church...﻿

There have been screwball tone issues in this show but this is a tough one to reconcile. Way back in "The Murphy Contingent" BJ and pals had to storm a gangster's home. But, this feels very different. In "Murphy," they were after something or other in the home. Here it's trying to free BJ's seven lady friends/ employees before they get brutally murdered (and who knows what else) by drug cartel guys. Huh? This episode kept me uneasy throughout. But, not uneasy in a good way that I enjoyed. More like anxious uneasy. Something I'd need to take a pill for to calm me down. And I didn't enjoy that. I am glad that BJ and friends win in the end. I'm glad he got to kiss Dolores a lot. Grant gets off far too easy though. He's completely ineffectual against the bad guys. But, somehow he winds up getting a medal for bringing in this cartel. Again, Huh? 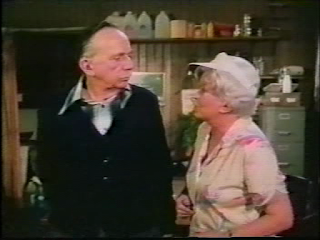 Tiptons are in the house﻿

BJ calls Grant out on this one. He calls Grant a sleaze. BJ is not wrong. In exchange for a bunch of money, he sells our main ladies into, more or less, slavery with death as the outcome. He says 1) that his daughter wasn't supposed to be involved and that was a mistake and 2) he didn't know the gals would get killed. Grant, you're a real douche sometimes. I'll leave it there. 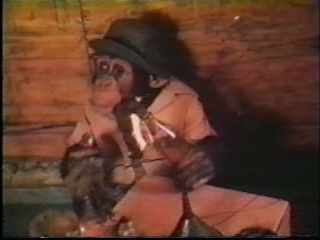 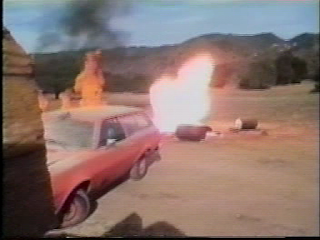 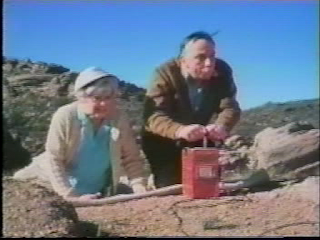 Chaos of all kinds, including Chimp-related﻿

OK. So, once the schizophrenic tone is dealt with the question hangs there: Is this a good episode of BJ and the Bear? Um, I guess so.  It does what an episode of the show is supposed to do at this point. It doesn't particularly treat the ladies well or give them a heck of a lot to do. Samantha does a card trick. Callie whines and complains. (And gets slapped by that rapey jackass.) Stacks is flirty and ditzy. But, there's no further character development for anyone. Having the seven of them together doesn't do much but take up lots of space. I guess it's OK to have Hatsie and Fred back. But, after two episodes, their character potential seems tapped. BJ does pull of a crazy coup in the compound and it all ends with a Bear-related joke. So, yes. This is a good episode of the show. Is it one I highly recommend? Not really. 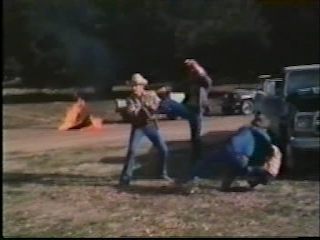 Dance with me, fools! 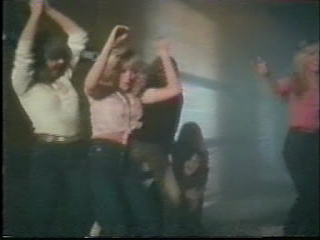 ﻿
Can't stop the bump
﻿
(That air looks a little suspect)*
The director is trying his best. There are lots of great tracking shots and several cool angels. For example, the fight BJ has with the guy at the airport has a great opening shot. And, for another example, watch the long take of Dolores and BJ moving down a hill toward the compound. People are trying. It just feels wonky. One more odd thing: Does it feel like it takes forever for the rescue operation to actually happen? I know it's the climax but portions of the episode feel like "OK, let's slow this down. We've got time to fill here." That could be just me. I wanted the gals out of there. Stat! That weighed on me throughout. Oh, and the rapey guy doesn't get beat up nearly enough. 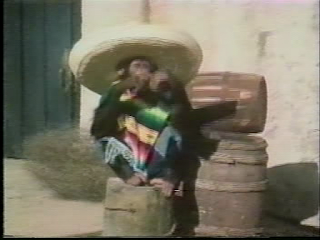 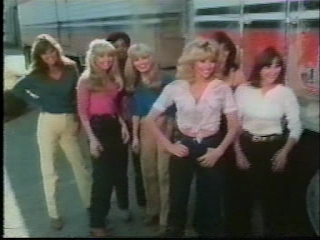 ﻿
You knew it would end like this, didn't you?
*I guess﻿ using the work "looks" in the context of describing air already means there's a problem. 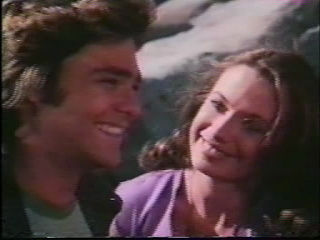