BJ And The Bear S3 E3: The Fast and the Furious Part 2 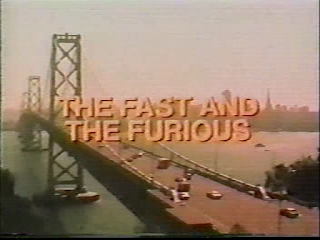 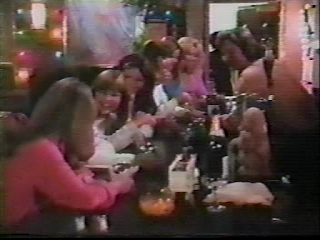 
The race is on! Or, much like the race in Cannonball Run II, it’s sort of on. But, they kind of forget about it for long stretches and go off on tangents, which leads one to think that B.J. might not win. (SPOILER: He does.) There are so many tangents I got lost in them. I had thought this episode was going to be a straight-up Race For The Contract. Not so. Grant has planted Dolly on the rig with a tracker and drugs. So, not only will B.J. have to deal with the race itself (and the beautifully mustachioed William Smith) but tons of cops coming after him. It seemed like the perfect set-up for a wonderful conclusion to this story after the rather tepid first part. 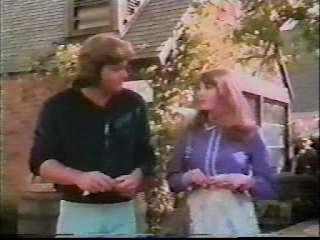 They didn’t really pull it off. This is definitely better than Part 1. But, it's still suffering from being so overcomplicated. They are really trying to give everyone even the littlest bit to do and it swamps everything. Let me work through some of the stuff going on here: 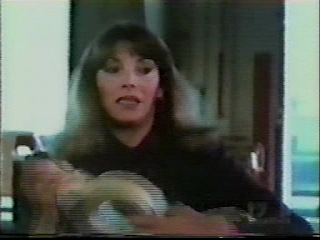 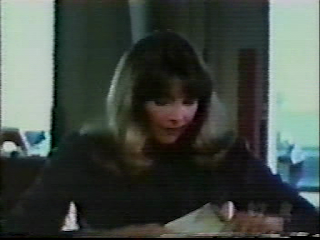 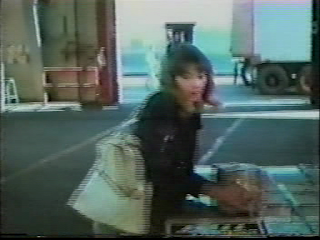 I don't normally point these things out but...
She's hiding drugs in the boxes. Trying to be surreptitious.
Can you see all those people in the background?
And the forklift. Come on, Dolly!﻿


The episode takes about 1/3 of its time before the race begins. The race seemed to be the point of the end of the previous episode. It’s also highly implied in the title. So what happens in the first 15-or-so minutes? Well, BJ talks to Dolly about unsalted peanuts. That goes on for a bit. Grant and Steiger sets up their plan. Grant gets a visit from his daughter. Dolly is threatened into bugging BJ’s rig and putting drugs in there by Grant. (Note the weird timeline with Grant going to dinner in (I think) Los Angeles and then suddenly appearing to threaten Dolly who (I thought) was up north, nowhere near there.) It all kind of goes on and on. Dolly plays all of this in half-hysteria mode and as much as I love The Shoop, this character wore me out. 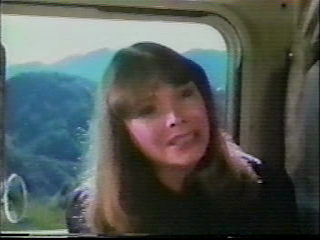 She does this face a lot.﻿


Don’t get me started on Grant. (Steiger doesn’t do much here.)


OK. Get me started on Grant. Lobo worked on this show because he wasn’t in every episode. He started off nasty and they mellowed him. Good thing, too. Because BJ whoops him every time. (More or less.) So, Lobo was fun. Grant is going to get whooped every time but he’s not fun. He’s nasty like Lobo was at the start but then they try to go all wacky with him at certain times. For example, in the end, BJ wins and the drugs get transferred to Bill Smith’s rig. Grant is all slack jawed and “Huh?” as BJ puts his arm around him for a photo op. The music keeps it wacky. But, earlier, we learn that his hold on Dolly Read is that he won’t release her child to her from an orphanage. Nasty, sure. But, wait…  When Grant finds out that Dolly has double-crossed him (triple crossed?), he tells Steiger to get the kid and put him “on ice.” We’re talking about like a 6-year-old kid. What? They’re trying to have him be Early Lobo and Later Lobo and he’s just kind of Lame Lobo. 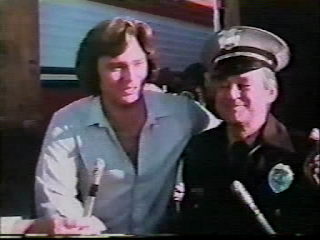 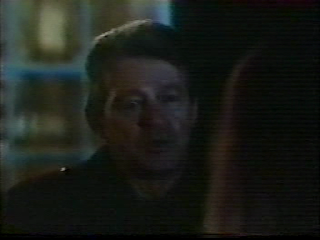 When the race finally does begin, there’s no sense of time to it until the last minute or two when suddenly they are neck and neck racing to the warehouse. How does that happen? I couldn’t tell you. The time within the race is covered, oddly enough, through Freeways and Interchanges down the West Coast. Is BJ taking the 101? No, the 280. To the 156. And then eventually they’ll be where the 135 and the 101 meets. It’s interesting. Certainly. But, unless you know that, for example, if they’re at the 135/ 101, they’re in Santa Barbara, that means precious little. Especially in 1981 when folks couldn’t search for the info super-fast. 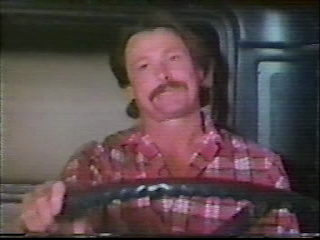 He has fun just being himself.﻿


There are a couple of moments of urgency throughout. But, not a lot. The end chase with the two rigs is cool but the fact that the rigs just sort of appear at the finish line robs it of anything but spectacle. Some of the moments on the road are nice. (I liked the ball bearing attack.) They’re all well-done. There’s just no sense that BJs going to get in any sort of trouble. And we know that the writers here aren’t long on clever twists and turns. So, it kind of goes: tracker on board, drugs on board, the race starts. Shenanigans. Lose the tracker. Lose the drugs. Win the race. It all happens in such a pat manner, especially with some of the darker moments involving Grant and Dolly. The tone keeps shifting and the show really isn’t handling it well. A show like Doctor Who can shift tones on a dime. Generally, because it’s much smarter than this. BJ and friends go from Dolly discussing attempting suicide after her husband left to goofy cops falling on ball bearings accompanied by wacky music. It’s tonal whiplash. I really, really wished it worked. 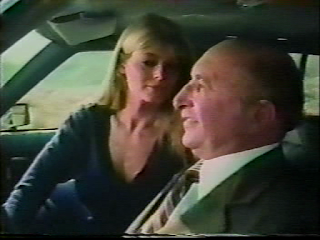 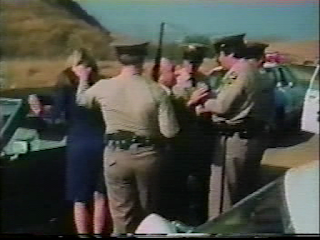 I bet you didn't see the Doris and Mr. Hinkley
plotline approaching. ﻿


It feels like they were trying to go for something darker. But, something stopped them. Censors? Producers? Sponsors? Their own writing? I don’t know. When you set up the darkness and then you forget it when push comes to shove, this viewer doesn’t know how to take it. Everything feels hollow. Another example: Put the kid “on ice.” As Steiger is racing (in his smashed-up, smoking car) to the orphanage, BJ, Dolly and one of the Lady Truckers (I don’t know), get the kid out of there. How? BJ and the Trucker Lady pretend to be very bureaucratic and convince a lady to let the kid go. What?! Does it work like that? “Hey, where’s Timmy?” “Oh, some guy in a sports coat said we could bypass Form 77B.” “Come again.” “He was handsome and talked fast.” “So, you let him take the kid.” “Yes.” “Doris, let me talk to you for a minute.” One minute, they’re talking about putting a kid “on ice.” The next it’s poorly staged farce. Sorry, folks. This didn’t work. 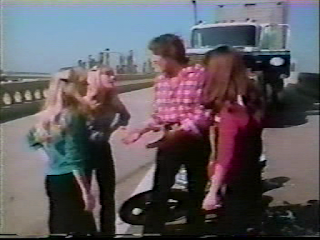 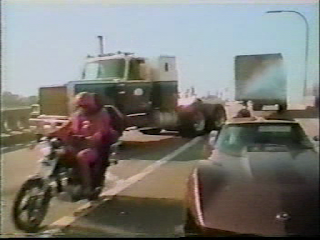 I wanted this to be the episode that did it. That made the change in format worthwhile. It just made things more confusing. It kind of wastes Ms. Shoop and Mr. Smith. It’s far too complicated. It sets up something great and then doesn’t deliver. It really sidelines Bear. And, it really takes some focus to keep the whole over-plotted enterprise in place. But, it’s kind of not worth it. There are now 10 episodes left. I believe Grant is going to be in every one. I’m not looking forward to that. 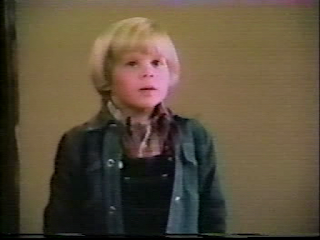 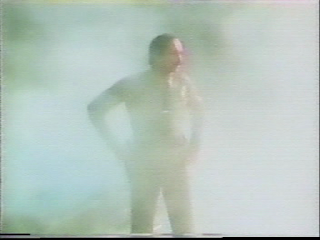 Maybe the next episode will be the one that makes this show awesome again. (It is now, officially, bordering on dumb.) Hope springs eternal. 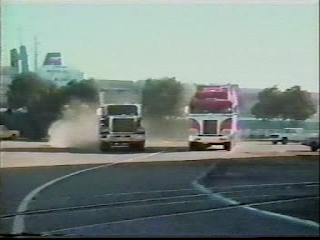 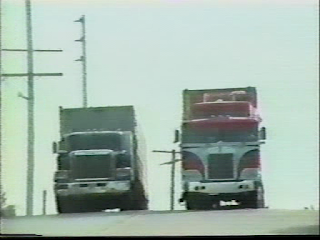 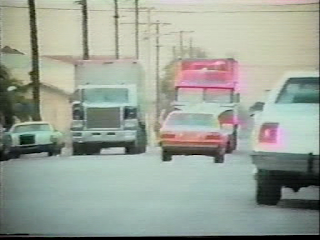 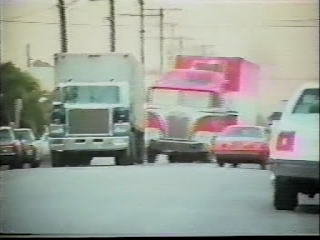 Email ThisBlogThis!Share to TwitterShare to FacebookShare to Pinterest
Labels: 1980s, B.J. and the Bear, Greg Evigan