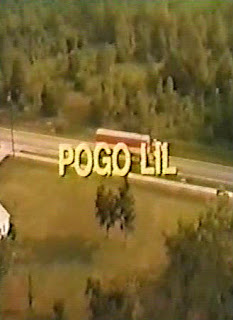 Anne Lockhart plays Pogo Lil. (Her real name is very Eastern European. We'll stick with her nickname/ handle.) Lil is a trucker. She has a run-in with B.J, almost sending B.J., Bear and the rig off a cliff. (Unfortunately, my copy of the episode is missing the pre-credit sequence where this occurs. So, I don't know exactly what happens.) After this near-death experience, Lil and BJ become good friends. From that point on, the episode breaks down into two interweaving storylines: 1) two goofy debt collectors trying to get money from Lil & 2) set-up for, and then the actual, Big Rig Races at Country Comfort. Lil is going to win! Or is BJ? Or maybe it's Hammer, who returns for some comedy bits by a pool. Regardless, there will be wackiness, rig racing and BJ sings Lil a midnight song by a campfire. It's all here, folks. 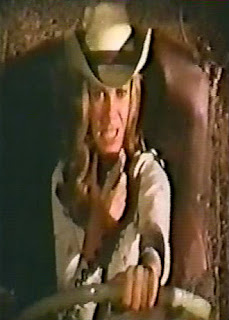 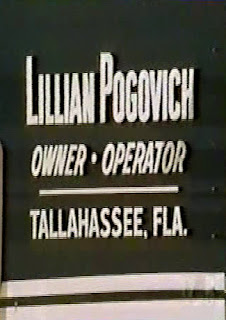 Throughout the episode, something weird keeps happening. The first three episodes of this season are very much about lady truckers and lady engineers. The first two episodes are about proving that lady truckers are as good as male truckers. (Although the ladies do get flummoxed by the guys every time, except at the end... where BJ and Hammer actually save the day.) BJ is always and firmly on the side of the lady truckers...  So, why, in this episode, is BJ constantly questioning Lil's competence? Yes, she is overenthusiastic. Yes, she can be sloppy. But, BJ's attitude towards her treads a calmer version of "Lil, women can't drive rigs." And that kind of taints the episode for me. 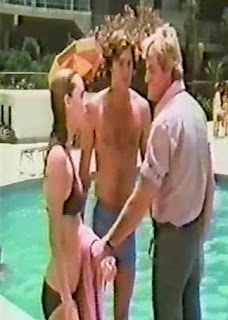 The set-up of the joke 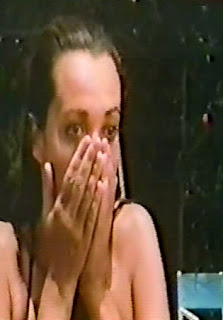 The aftermath of the joke﻿

Most of Pogo Lil is very generic BJ and the Bear. BJ falls for a young lady. She's in trouble. BJ gets involved in the trouble. A song is sung. Soft rock pops up on the soundtrack. Comedy villains. Final race/ chase. Bear makes some noises and drinks booze/ ogles ladies. "Very Generic" works for some shows. A generic Green Acres episode can be very funny. A generic Rockford Files can be a thrill. Generic BJ and the Bear is a little trickier. Because the show is such a mix of generic topical pop culture elements already, a generic episode is not so great. An episode of this show either needs to: 1) subvert the generic elements (I don't believe the show ever does this.) 2) Tell a story dealing with the elements themselves. (There will be several of these in this season.) 3) Tell a good story. Pogo Lil does none of these three things. 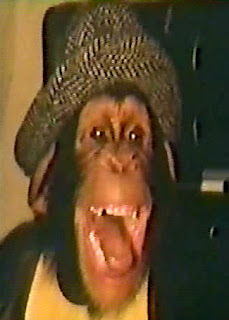 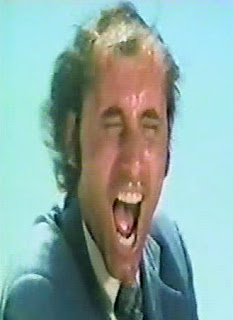 There needs to be the feeling that someone is trying here... mainly because 1) Bear hasn't really done anything on the show for a while. So, the show is mainly BJ and the ladies he meets. 2) In this season, probably because of the Lobo spin-off, they've really upped the comedy portions of the show.* And, being honest, the comedy elements of this show were never that great. There's usually a lot of noise and wacky music. But, actual laugh-out-loud (or even amusing) comedy isn't something BJ and the Bear does well. Pogo Lil is loaded with "comedy" bits that are tiresome. The two scenes by the pool with BJ, Lil and Hammer have such an obvious payoff that I knew it was coming the moment I saw the pool. And, when it happens the second time, I sighed. 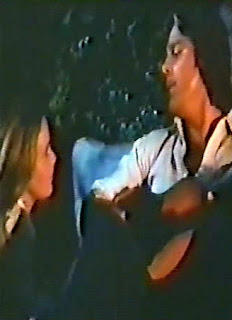 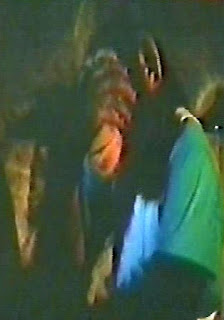 ﻿Even Bear has seen this one too many times
﻿
Is it hanging around Country Comfort that's doing this? I hope not because we're going to be doing more of that in the future. Are they out of interesting stories to tell about BJ and Bear? No. Future episodes will restore the interest. The one thing I know for certain is that very mildly entertaining episodes like this one could have led to the ratings dropping so precipitously during the season. Anne Lockhart is the best part of this episode and she's playing an annoying character. It does seems like no one else is trying. There's no spark in the episode. One could look away for ten minutes and return to the episode without having felt like they missed a thing. One could also watch those same ten minutes and feel like they've watched nothing. The episode requires effort to keep focused on it. That's a problem. 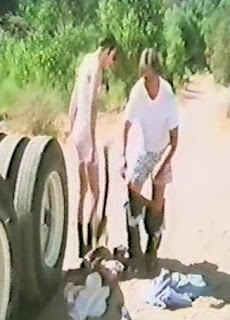 I know that the show does better than this in future. But, the episodes of a show consisting of a generic mix of topical pop culture tropes can never be generic themselves. At that point, the show fades into the background and becomes visual Muzak. 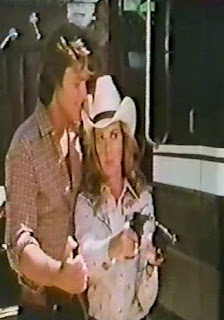 
*For some reason this episode is making me overdose on the numbering of things. There are two reasons for that: 1) I'm wrestling with why I just don't like this episode. 2) I like doing this in reviews and don't do it nearly enough.
Posted by Daniel B? at 10:36 AM