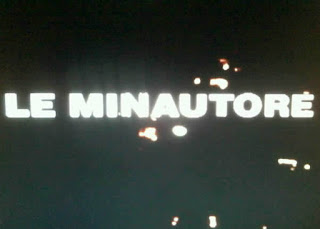 Note: I've mentioned this before but it can't hurt to bring it up again. (Or can it?) These scrennshots are taken from a Region 2 DVD. I have taken pictures of the TV screen and put the image through Pixlr Editor. They are a bit fuzzy. They do have pause icons in the top right hand corner. But, everyone should be allowed to see Sam and his Pals so I include them.

For the second episode in a row, Intersect gets bilked out of a lot of money by one of their employees. Dr. Hale got them for 10 million in his fuel additive scam from Smithereens. In this one, Ross Martin plays Dr. Carl Victor who takes Leonard's think tank for around 30 million. Dr. Victor has built a large, unwieldy robot with great destructive capabilities called Minotaur. Dr. Victor is demanding lots of money or else Minotaur will destroy a major building in the city. 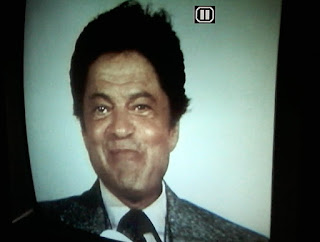 Oh, it's that guy from Wild, Wild West on the TV 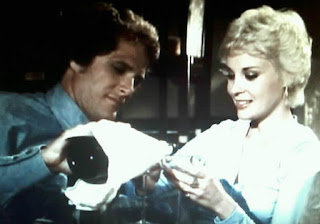 So, Sam Casey, using some invisibility and some natural suaveness, hunts down Victor's daughter Nancy and follows her into the Los Angeles River. (By hiding in her car as she drives into the river. It's easier than it sounds and not that exciting. The first episode of Adam-12 has a chase down the Los Angeles River.) The majority of the episode takes place in a giant warehouse/ control center that Victor has built under the River. Sam spends a lot of time confusing the robot. It senses a presence but Sam keeps turning invisible. Eventually, there is a showdown. Man Vs. Robot! And it's handled well, considering how slow and ungainly the Minotaur is. 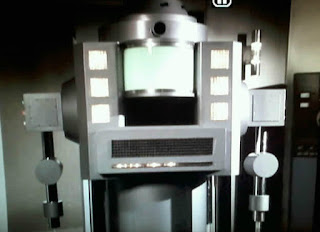 Minotaur...  possibly someone has been... 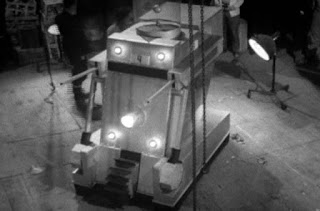 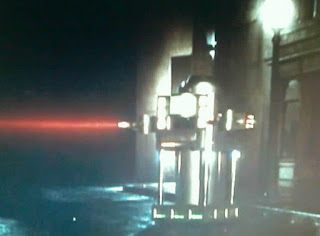 But, the War Machines never did that
Gemini Man keeps it cool for another episode. The main story here revolves around someone taking advantage of Intersect. Sam (mainly, there is some Leonard and Abby here) has to save the day. He's no master detective. The way he finds out about Nancy Victor is by pretending to be a courier and getting her to sign a package. Then, he, invisibly, climbs into her trunk to get to Dad's Place. And, literally, the second half is Sam being chased by that big robot and Dr. Victor ranting. I love it. Fun for everybody, as far as I'm concerned. 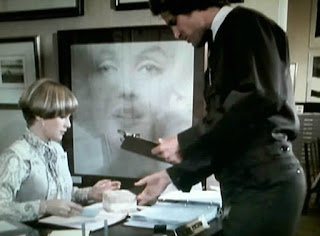 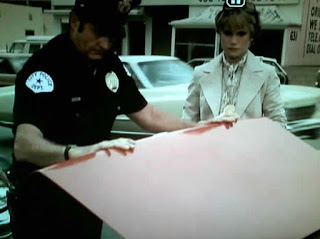 Hiding in the trunk (Invisible)

But, it is one of those episodes that works best the first time trough. Smithereens has the actual fuel additive/ trucking storyline but Buffalo Bill gets added in for color. Plus, that story has a forward momentum to it. Once Minotaur settles into the secret hideout, it's just running around with Sam, a goofy robot, a stereotypical mad scientist and his daughter, who might turn against her father. The first time you tune into this one, enjoy. The second time I found it a little less interesting. 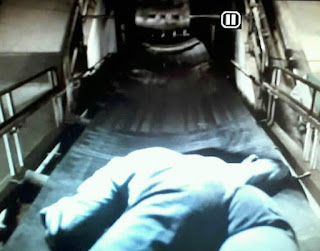 Sam is about to get shredded...

Minotaur is going out and get loaded...
(Not really)

Especially, as I mentioned, because Minotaur is awesome at first. But, he doesn't really glide like, say, a Dalek. It just moves along, speaking every once in a while and firing its rays. When it comes time for the climax, there's a lot of "Get it over here!" and Sam running around like mad and setting up cables and throwing things and stunting all over to disguise the fact that the robot doesn't move that fast. And, when they finally stop the robot, it's semi-clever, mostly silly. 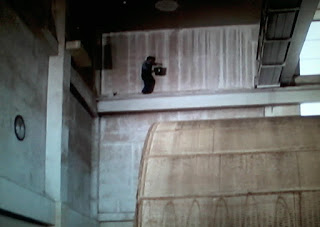 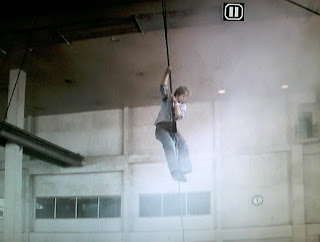 Gemini Man remains strong. It remains fun. Minotaur has less Abby in it than the previous one, that's too bad. It's got some Leonard. But, he is mainly in the office looking worried. This episode is almost all Sam and the Victor family (including Minotaur). That is a bit of a precursor to what will happen to the show near the end of its episodes. (Long after its network run ended.) And, it's what most shows of the time did regularly. But, Gemini Man keeps it in the Intersect family again for this episode. I like that. It means that, again, this security agency that is supposed to help people and save lives has given birth to someone who wants to kill for cash. 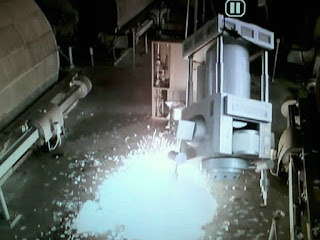 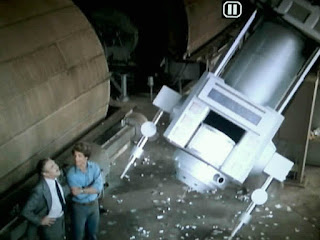 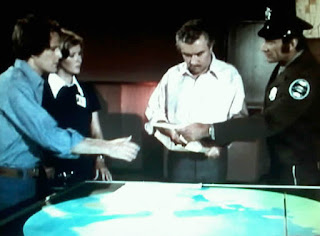 Intersect gets a telegram!
Posted by Daniel B? at 8:20 AM