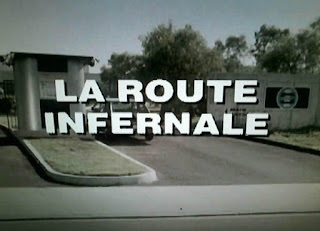 Gemini Man, as a weekly one-hour series, begins with a strong episode involving trucking, Jim Stafford, evil scientists working inside Intersect itself and not much use of the invisibility concept. Which is odd but these things happen. 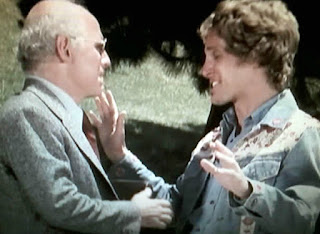 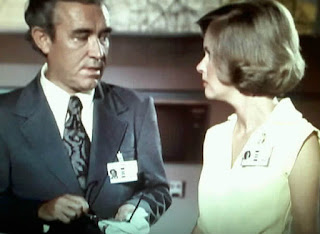 Dr. Hale works for Intersect. He's invented a fuel additive called Tripolodine that triples vehicular mileage. The folks at Intersect need to get the additive down to the patent office in Long Beach, from Los Angeles. They've got a military-laden convoy to take it there...  but that's a ruse. Sam Casey, super cool guy, will be carrying the additive in a moving van, with Dr. Hale and the Tripolodine in the back. Unfortunately, Dr. Hale is a jerk. He's bilked Intersect for 10 million and has planted a highly volatile chemical in the van. Dr. Hale gets himself out of the van and puts Dr. Abby in, after she discovers the plan. Will Sam blow up? Will Abby blow up? Will Jim Stafford as "Buffalo Bill" the trucker sing one too many trucker songs over the CB radio? Can welding be done invisibly? 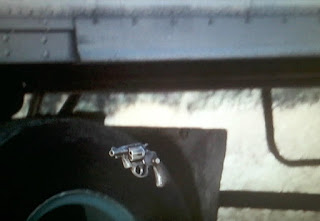 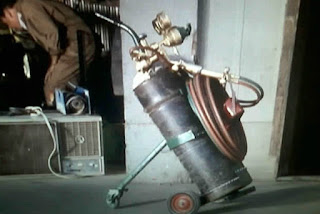 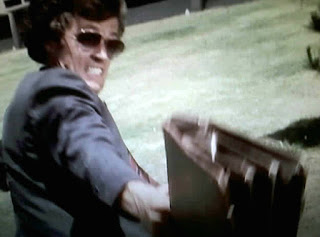 This episode was re-edited into the first half of the strange TV movie Riding With Death, which featured on Mystery Science Theater 3000. That's a funny episode and "Smithereens" is easy to pick on. But, it's really quite good. It has a nice steady pace. It reveals Dr. Hale's plan calmly as it inter-tangles Abby in the mischief. Sam drives on and on, making friends with Buffalo Bill, stopping some big rig hijackers...  then the breaks on the truck go out! One can watch this on MST3K and have a great time. But, it's great on its own. Sam is charming. At first, he's clearly relishing the trucking lifestyle and making friends with Buffalo. Then, as the intrigue builds, the hero side of him kicks in. 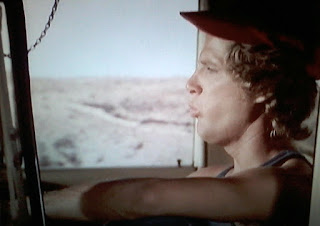 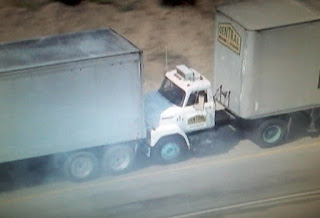 I think the episode works so well because, unlike a lot of 1970s shows of this variety, the danger is not from outside and brought to Intersect. The danger comes from Within. Dr. Hale is part of Intersect. He's using and abusing our main characters. That makes Sam, Abby and Leonard's involvement in the story much stronger than in a normal episode of something like, say, The Rockford Files. For the second Gemini Man adventure in a row, some bad guys involve Intersect in chicanery and plan on blowing Sam up. To be honest, having the leads participate in this way, rather than bringing in a whole world from outside, is much more involving. (Buffalo Bill is simply a nice addition.) 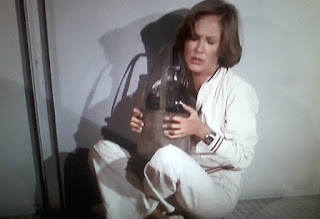 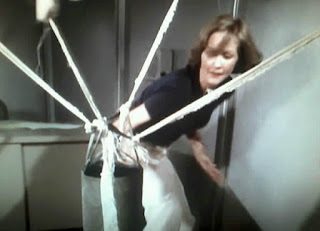 The odd thing about the episode is how little the invisibility is involved. The 15 minute limit never becomes an issue. At one point, he turns invisible to borrow some welding equipment. I'm not sure he needed to do that. Yes, the invisibility works when he's beating up the hijackers or stopping Dr. Hale in the end...  but they kind of forgot to figure that element into the show. It reminds me of the first regular episode of The Magician with Bill Bixby. It's a great episode filled with at least three awesome stunt sequences. But, very little magic. Not sure what went on. Maybe an executive liked Sam but not the invisibility? 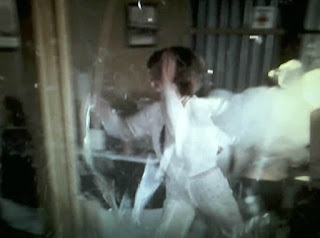 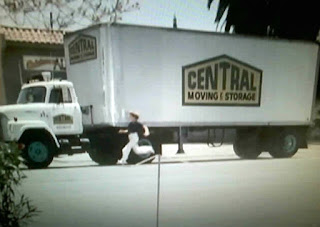 Buffalo Bill! He sings some songs. He gets in a fistfight. He helps out in the big truck stunt scene at the end. He's charming. Is he a hick? Sure he is. But, he's fun. And he's a trucker. One might be able to tell that I'm a fan of trucking shows from this site. So, making this episode trucker-based and putting in a real trucker...  you got me. I'm hooked. 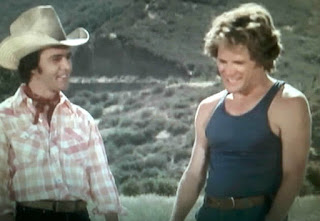 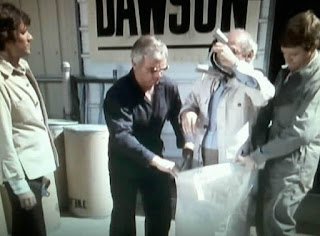 Chemist In A Bag﻿

I would like to enjoy the trucking lifestyle with Bill and Sam and Abby. Thank you. Dr. Hale can hit the road! Watch "Smithereens" today.


End with an explosion & a laugh﻿ 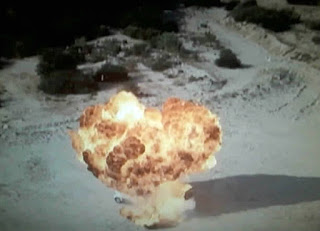 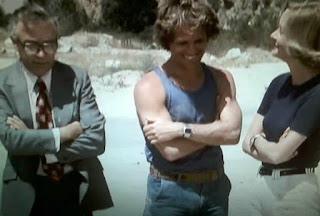