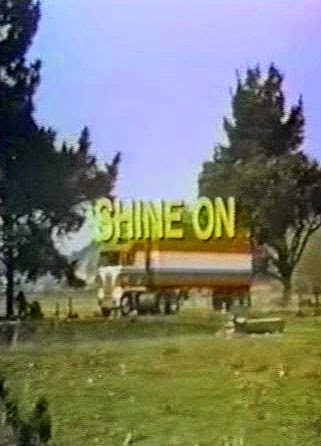 (Please pardon the odd shape of the screenshots.)

And so the second regular episode of BJ and the Bear begins. This one is not a redo of the pilot. It goes off on its own. It does involve all the normal elements: hot guy, sexy chicks, one mean jerk getting in everyone's way and a chimp. (Although, Bear has less to do here than he did in the previous episode.) It does, like the previous episode, revolve around moonshine. It also revolves around an odd premise which is a hoot in hicksplotation films from the 1970s but feels odd in a mainstream TV show like this one. 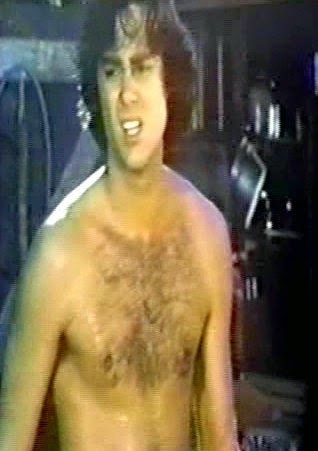 BJ and Bear are kidnapped by three sisters, Ellen, Cindy and Amanda. Their dad is real sick. They need a man to help them finish up a shipment of shine and get it shipped out on time. So, BJ spends the episode working hard for the ladies (shine on but shirt off) under threat of being shot. Ellen is the tougher of the three. She's no-nonsense and, frankly, a bit of a jerk. Cindy and Amanda are the cutie pies who BJ keeps almost seducing. Plus, there's a local "businessman" who wants to steal their moonshine. He shoots up the women's house, sets fire to their barn and so forth. He's a jerk. 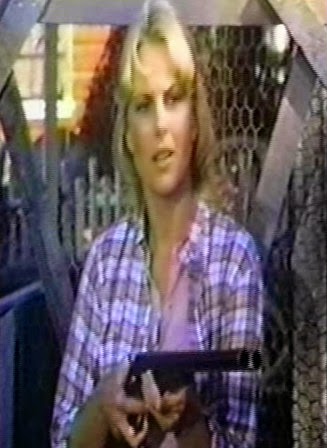 Shine On is a thoroughly OK episode of television. It doesn't have the drive to it that the previous ones did. The ending is exciting-ish and has some great stunting on top of the rig, along with Amanda taking off her pants. But, it's not epic excitement. It feels rather perfunctory. BJ has engaged in a triple cross with the jerk against the sisters but actually for the sisters and he has to race to make sure everything goes as planned. But, all the lead up to that is just all right. If this were an R-rated second feature at the drive-in, BJ would sleep with all three of the sisters and pit them against each other. But, BJ just ends up gaining their confidence, then losing it, then gaining it again. No fooling around involved. 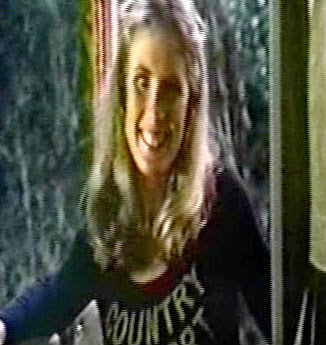 Plus, there is the issue of the assorted felonies that the sisters commit against BJ, including but not limited to assault, grand theft auto and kidnapping. The episode has us forget about these things as it goes along and BJ becomes more acclimated to their life and more willing to help them. But, they still did all of this. In fact, it becomes very hard to like Ellen because she's so suspicious and ready-to-assault the hero of the show. Which is too bad as one should like the people that the hero is helping. It never quite happens with Ellen. 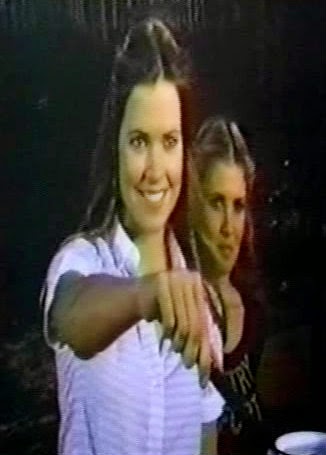 The episode feels like it should be a raucous Moonshine County Express/ The Girls From Thunder Strip-type film. But, obviously, it can't be because kids are watching it at 8 PM. So, there's a lot of implication and a lot of scenes that have Cindy flirting, leaving the room and then Amanda doing the same thing. The episode is saved and made watchable by the fact that Cindy and Amanda are something special: they are played by two 1980s slasher film Final Girls. 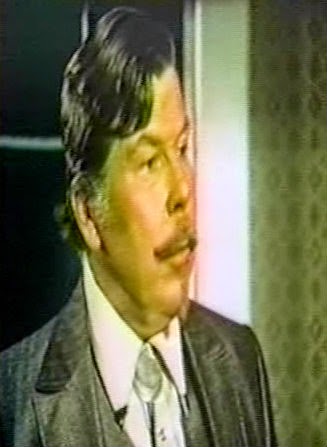 
Cindy is played by Kimberly Beck who was the Final Girl in Friday the 13th: The Final Chapter. Amanda is played by Janet Julian, the Final Girl from Humongous. And they're both cute and charming as all get out. One can either enjoy Greg Evigan flirting in these scenes. Or enjoy Ms. Beck and Ms. Julian. Or, let yourself go, and enjoy everyone. Watching them certainly makes the rather slow wanderaround of the story more fun. 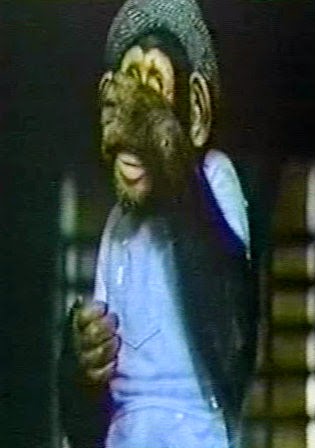 Interesting future note: Cindy wears a shirt that says "Country Comfort" on it. In the second season, Janet Julian will become a semi-regular. (She'll be in the opening credits as the lady trucker who sees Bear and pulls the horn.) Her character and BJ will meet up regularly in a truck stop called Country Comfort. 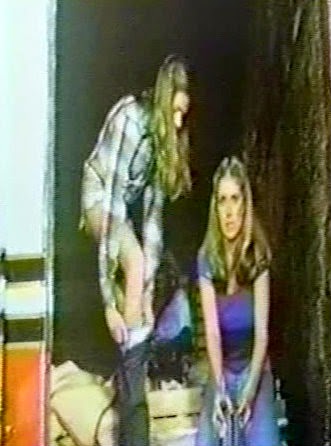 Shine On is not an awesome second episode. It's kind of disappointing. There's less excitement than in the previous ones and more of a meandering feel to the proceedings. I've found that quite a few shows that I love had disappointing second episodes (Get Smart, Shadow Chasers and Doctor Who to name three) but they pick up after that. It's early on in BJ and the Bear. They've tried something in a straight-up Dukes of Hazzard vein. It doesn't quite work. But, this season has 8 more episodes. We've still got a lot of places to go. 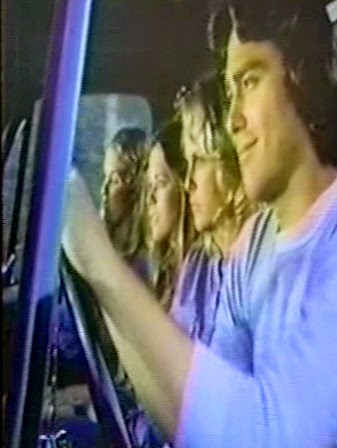 
[Before I wrap this up, don't think I haven't heard all the songs in these episodes. Lots of cover/ sound alikes abound. Country Comfort, Green Grass Of Home and many others. The songs definitely set the tone for the show. It's actually one that I find kind of soft rock/ yacht rock/ country depressing. That's probably the reason why I haven't discussed it yet. I'll get it to, though. I can't cover everything that happens in each episode or else these reviews would go on for pages and pages. For example, I wanted to discuss Bear getting loaded on moonshine in this episode. But, I didn't. For the record: Bear gets drunk on shine in this episode.]
Posted by Daniel B? at 1:30 AM